The best way to get to Mendoza from Santiago de Chile if you have enough time is taking the 8-hour bus ride over the Andes Mountain. The mountain range is the longest in the world and the highest outside Asia. As the bus slowly made its way to the Inca pass the landscape changed to a dessert but a stunning one. The mountains have different colors from the various sediments and the changes over years. As we approached Mendoza, we passed through the irrigated wine country and finally reached the center of Mendoza. We immediately loved this city where the streets are lined with thousands of trees. 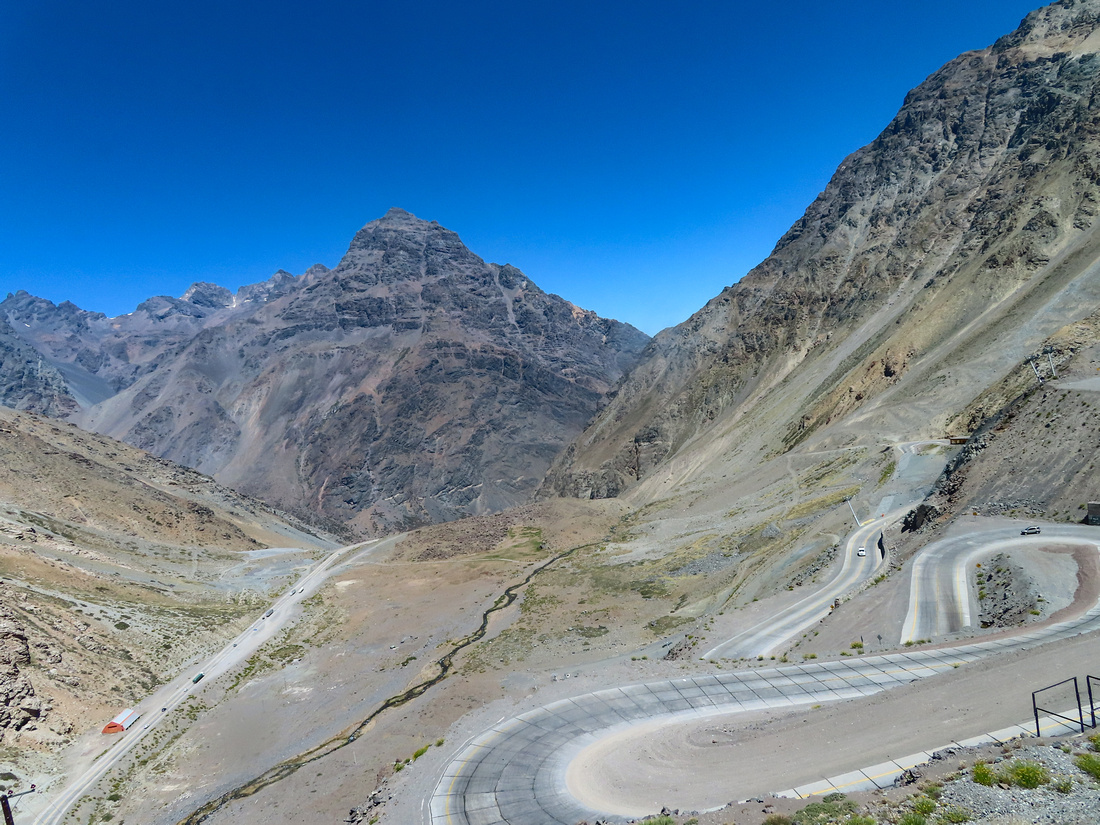 Climbing up the Andes 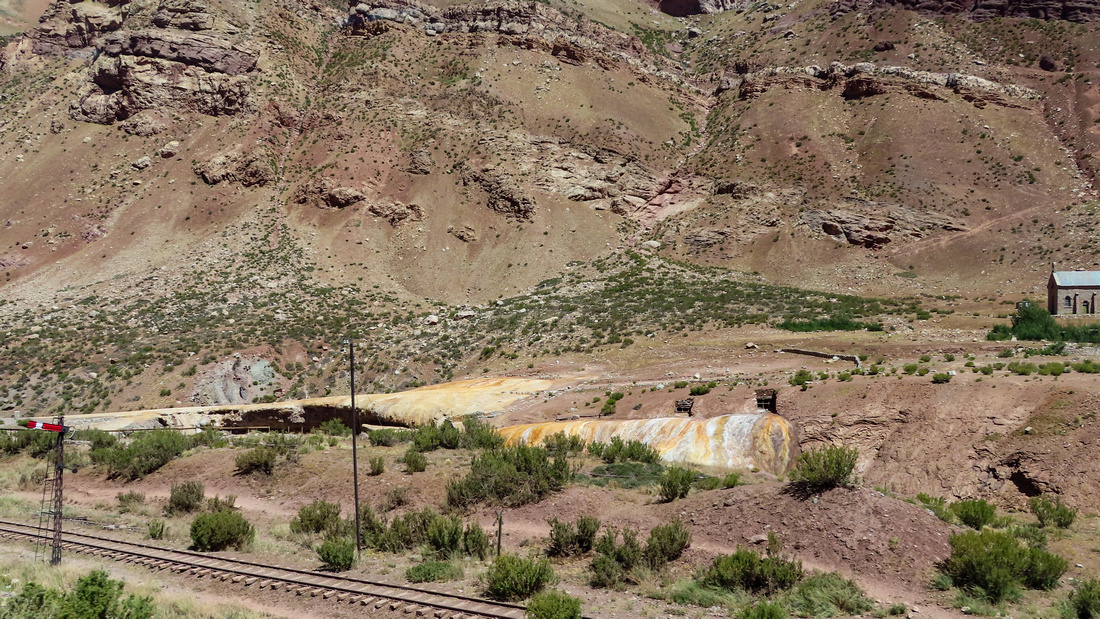 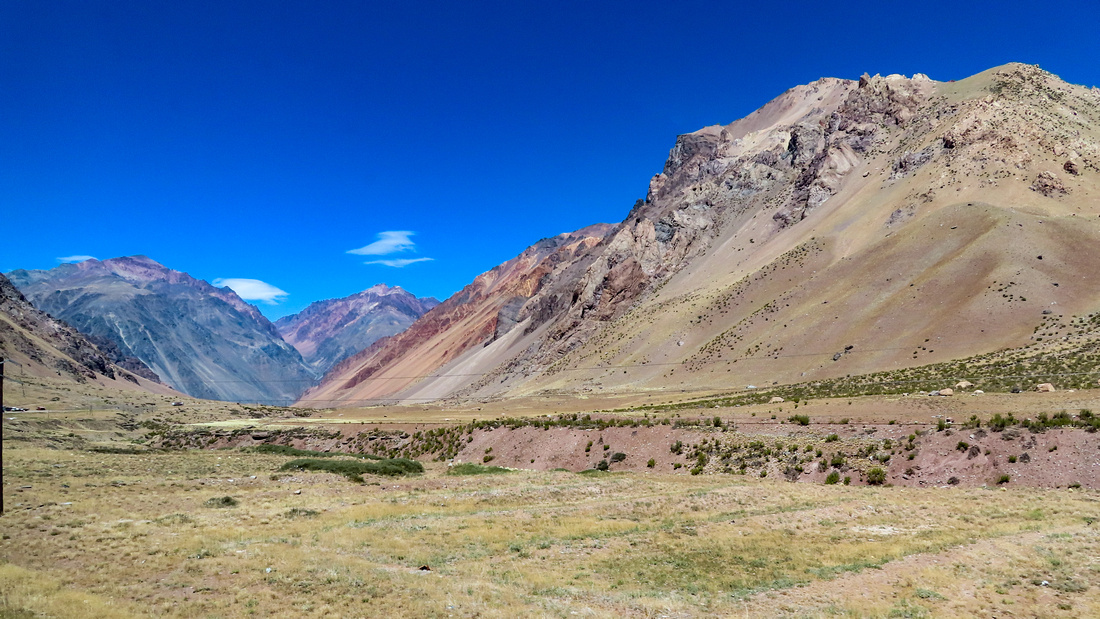 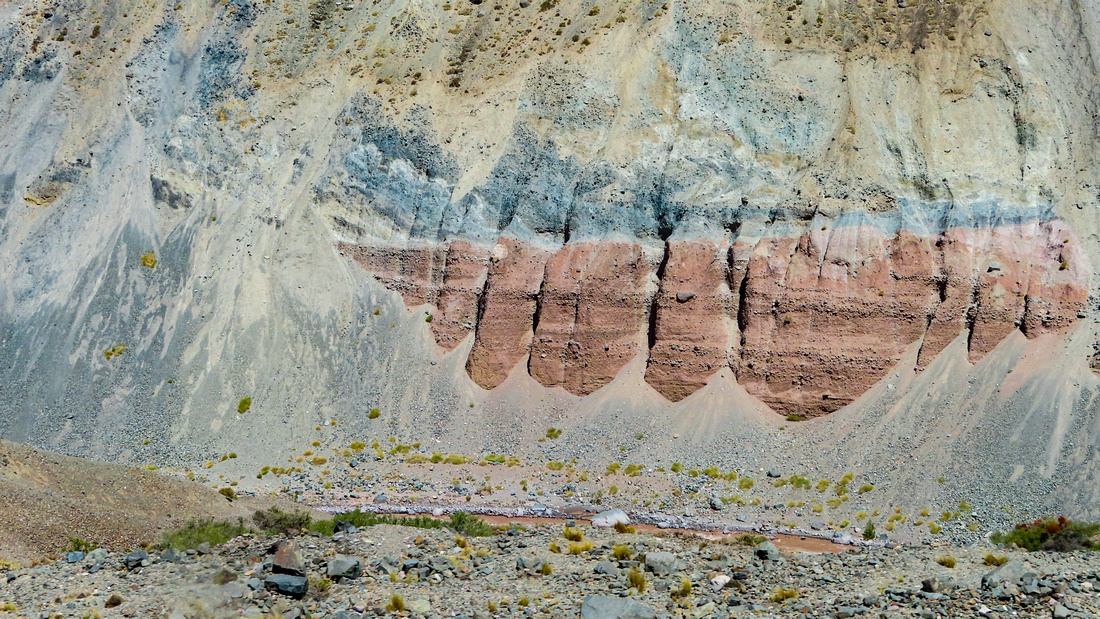 We did another walking tour and learned that Mendoza was founded in 1561. Three hundred years later, in 1861, there was a major earthquake that practically destroyed the entire city and left thousands dead. The following year, they rebuild the city 30 blocks from its original spot. Since it was shortly after the Argentinian independence, the city does not have the traditional colonial design with the church and official buildings at the main square. Instead it was rebuilt with wider streets, sidewalks and large public squares. 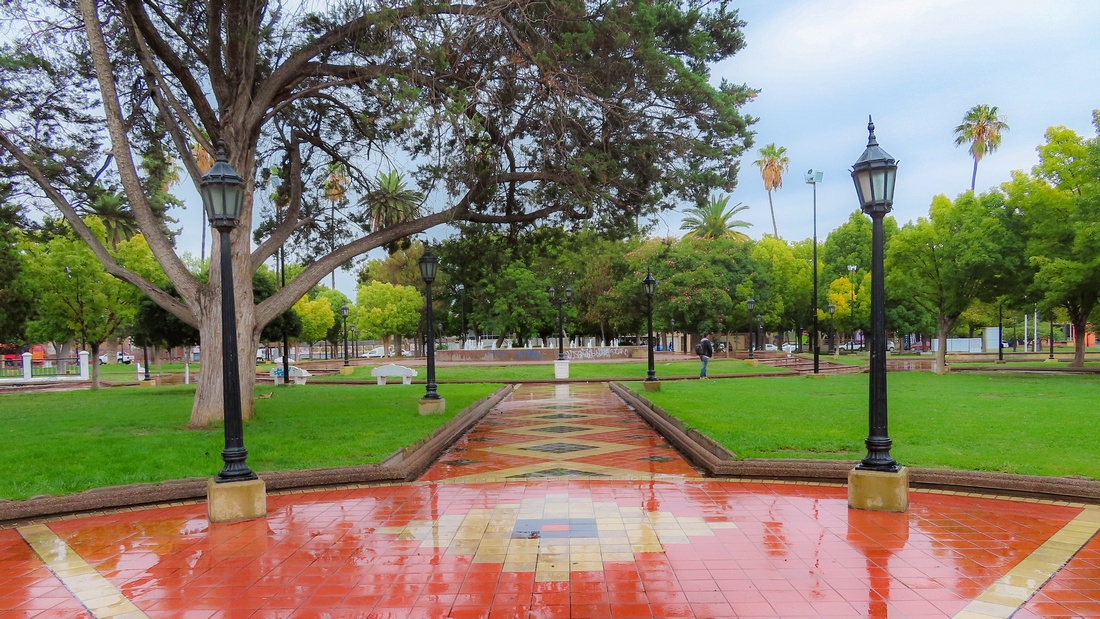 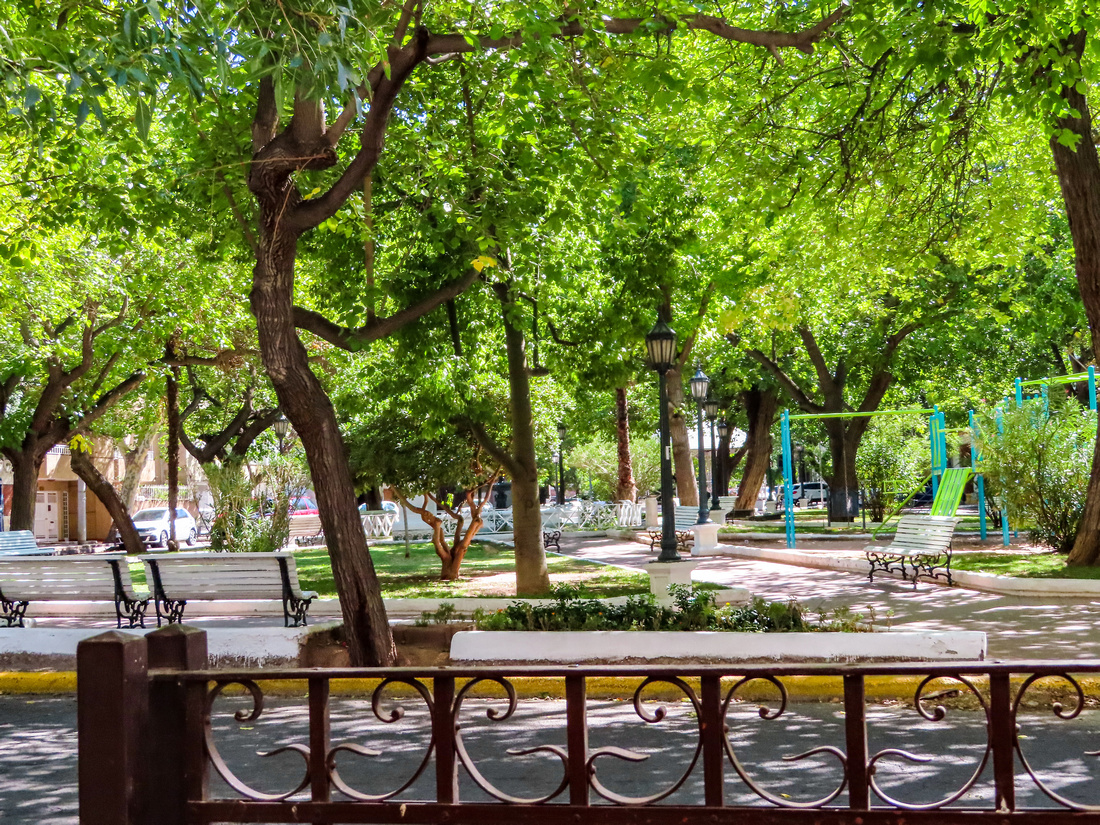 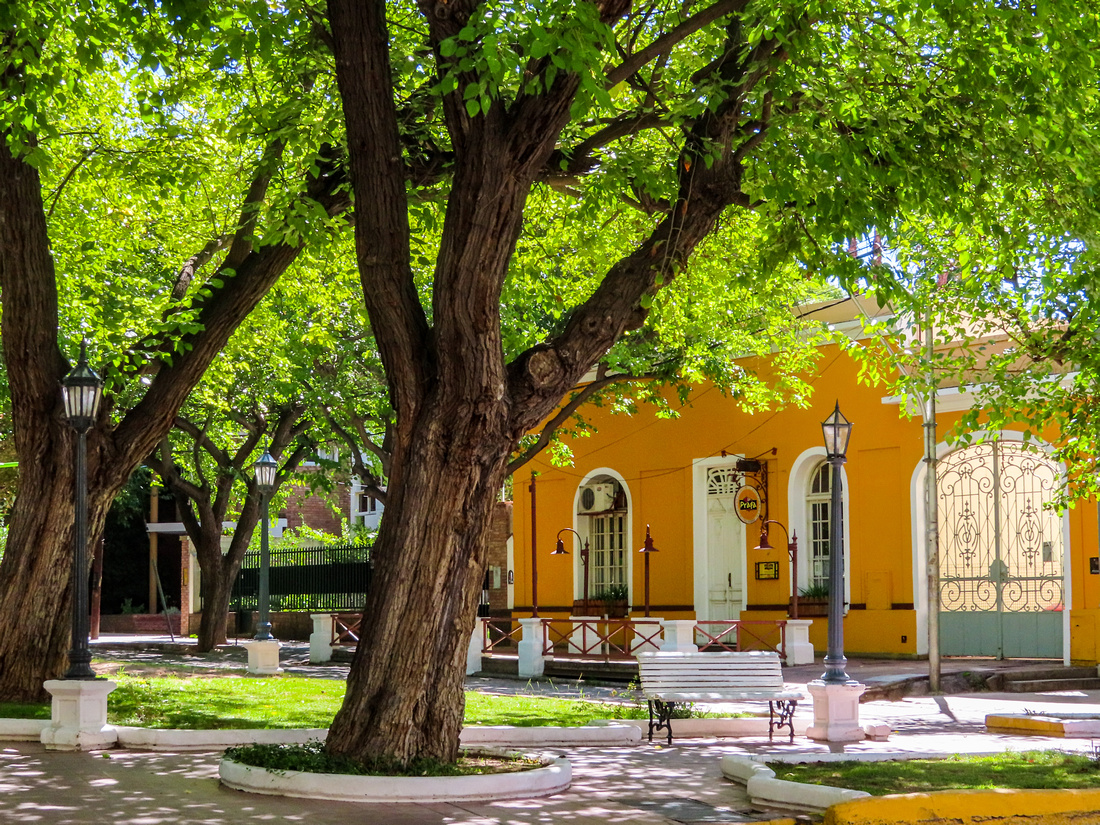 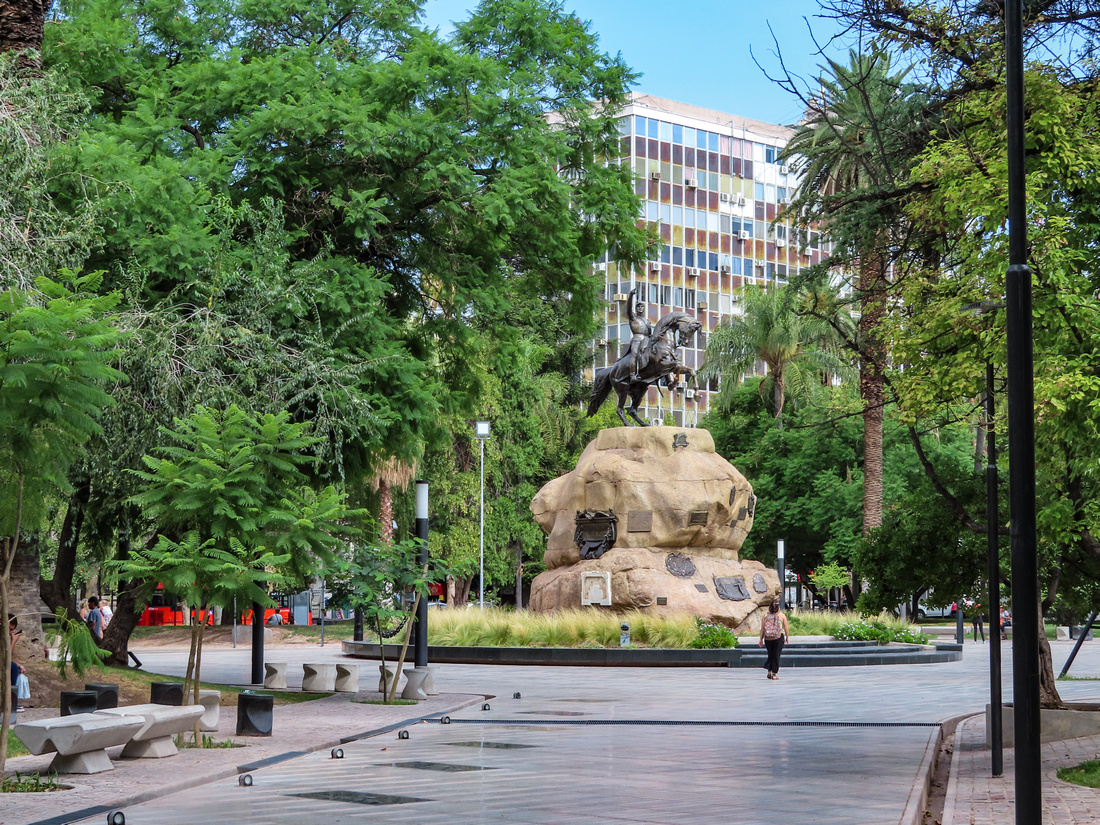 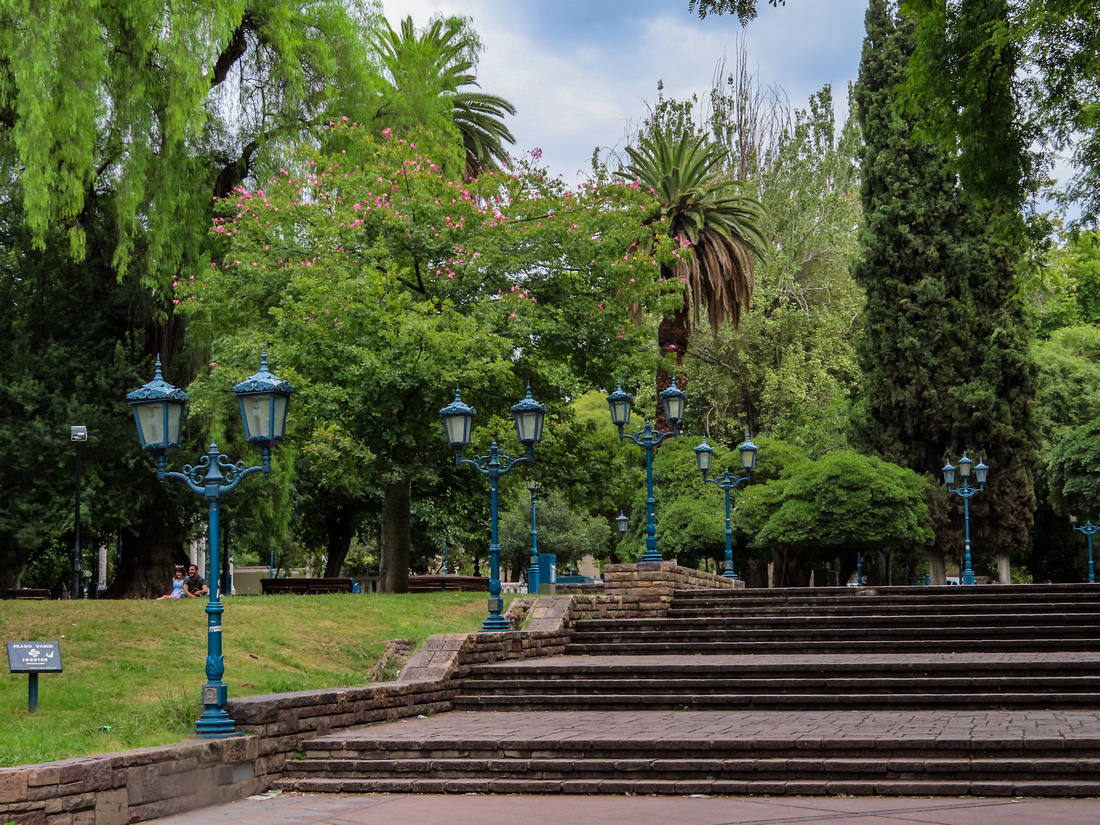 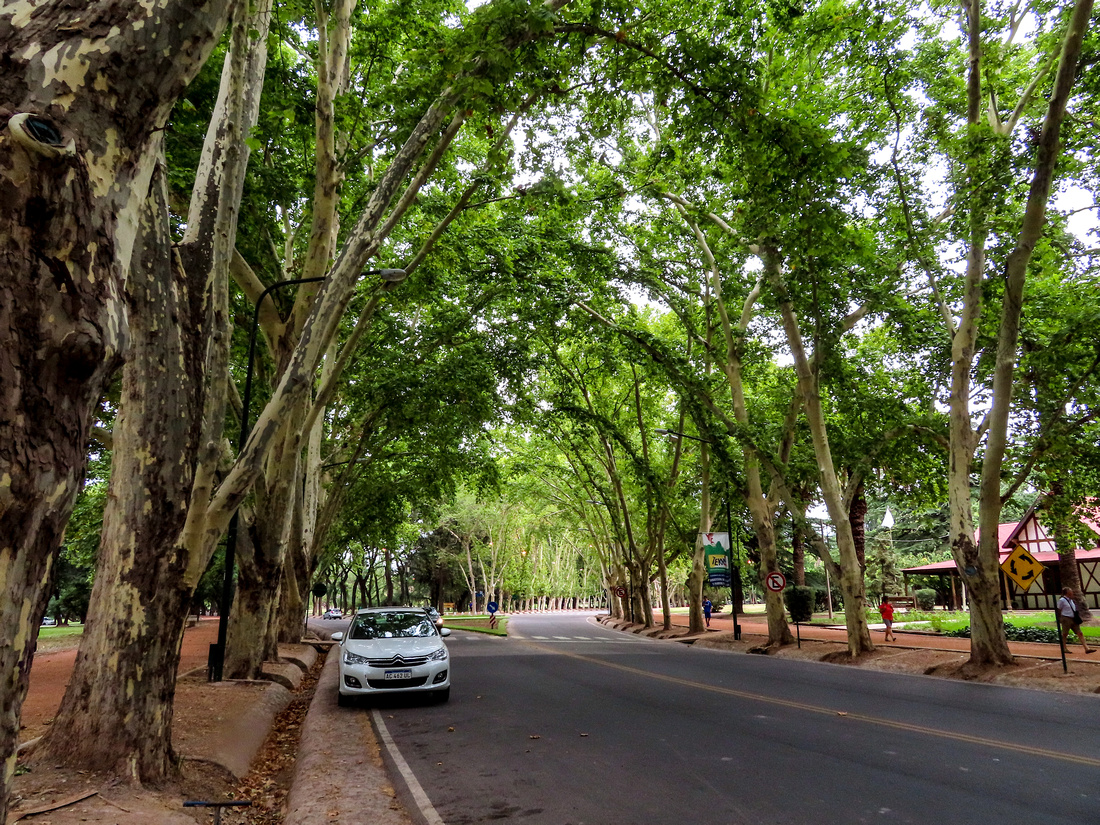 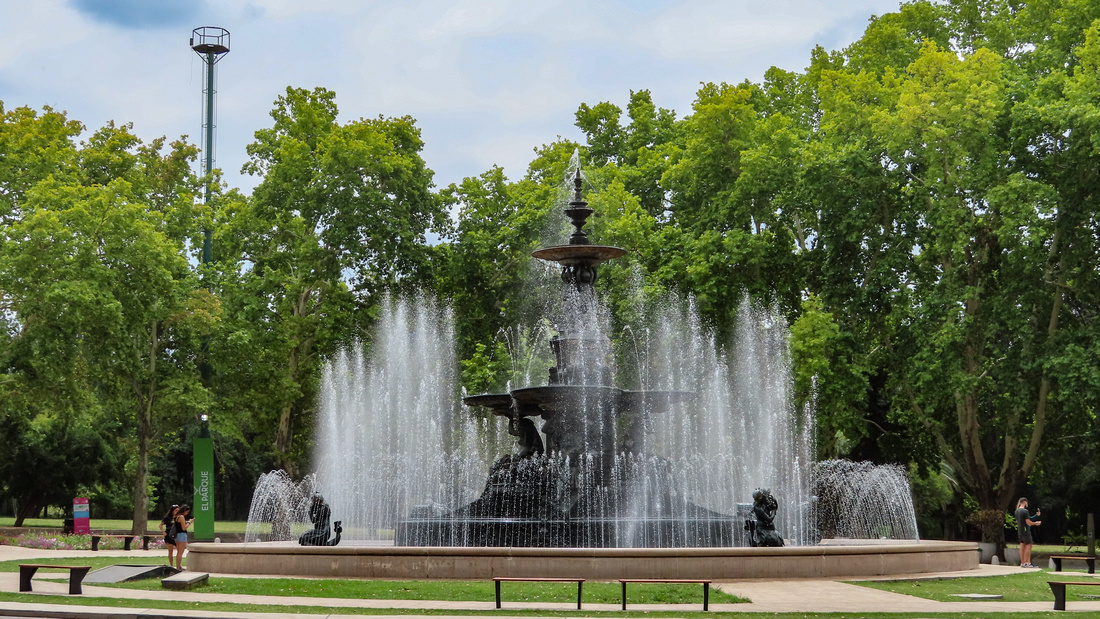 As previously mentioned, all the streets of Mendoza are lined with trees and use an irrigation system for watering which is said to originally be devised by the Huarpes indigenous tribes. The irrigation system with the canals looked very similar to the one built by the Moors in ninth century Elche, Spain. Hence, we think it is unlikely that the Spaniards that developed it took all the knowledge from the Huarpes. The trees provide incredible shade during the hot months but also make the streets very beautiful. The irrigation systems are left open and are, in some places, quite deep. We were told that it is not uncommon that people fall or drive into them. It could possibly be related to the copious amount of wine which is consumed in Mendoza.

Our original plan was to stay 12 days and then move on to another city but within a few days, we just loved the city, decided that we wanted to stay here to explore it in depth, take some Spanish classes and enjoy the wine region.  As a result, we stayed 4 weeks and it felt like we could have stayed longer. 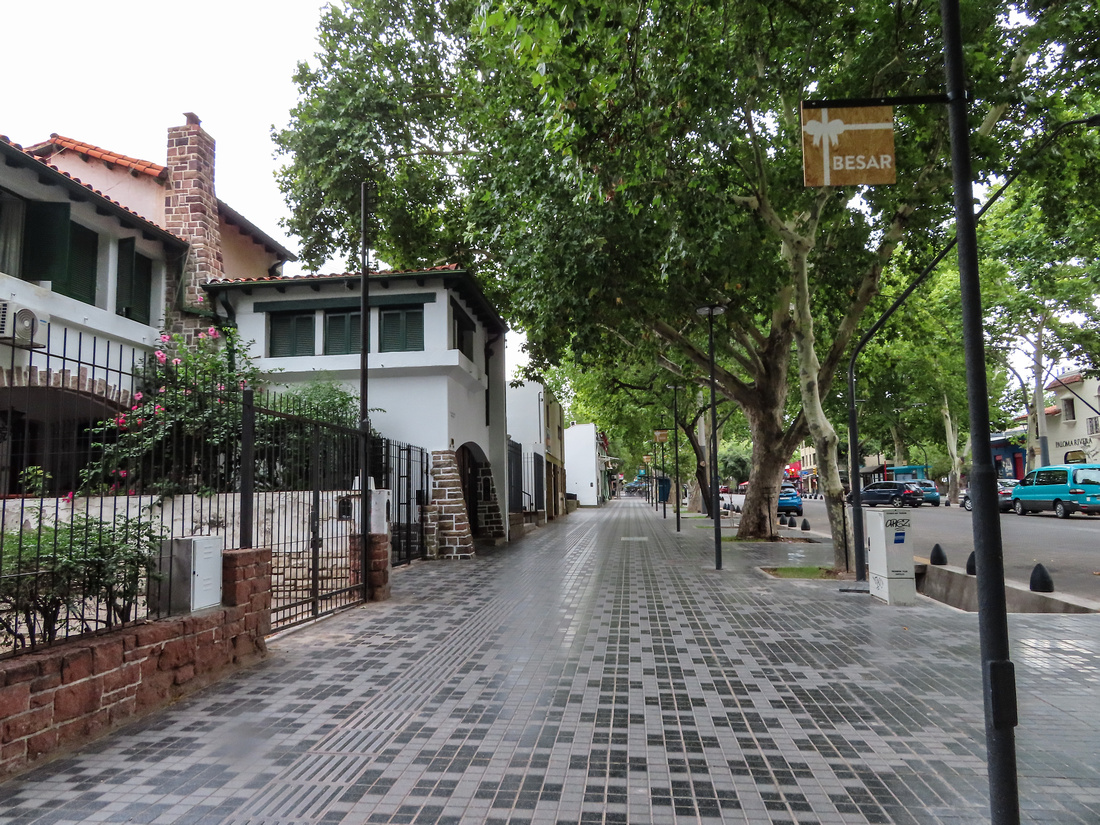 We loved our Spanish teacher, our fellow students and the school. We highly recommend the school. If you are interested, let us know and we’ll send you all the info. 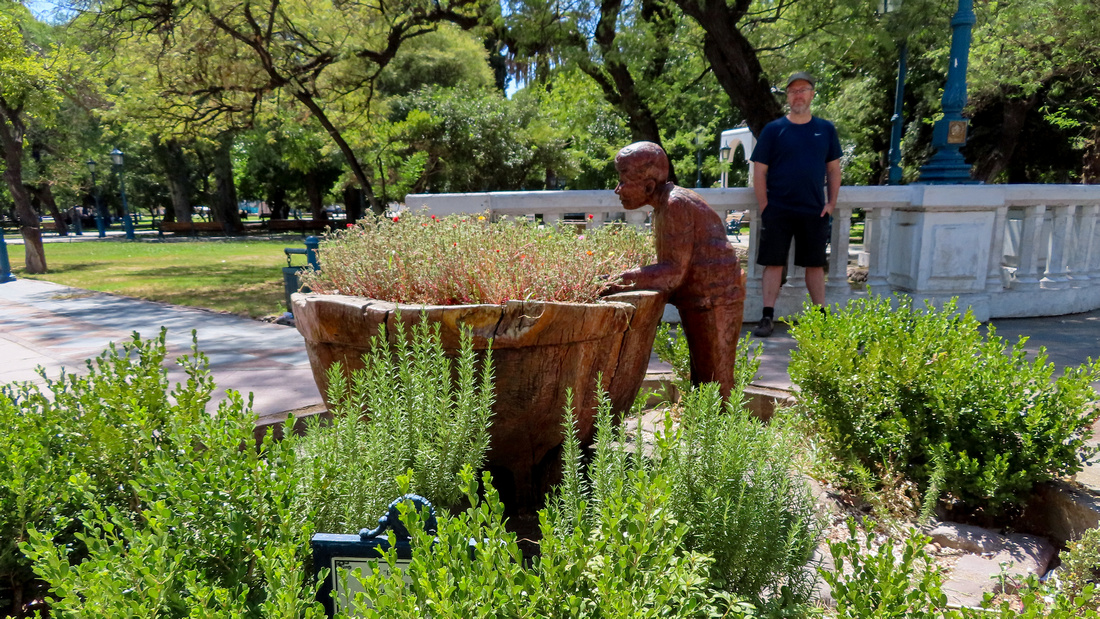 The gardenerOne of many tree sculptures in Mendoza

We did a hop on and hop off bus touring 4 bodegas (winery/ wine shop/ wine cellar) in the Lujan region with friends, Mel & Christopher, that we met in Punta Arenas. We had a fantastic day!!!  The 4 bodegas were: Ruca Malen, Melipa, Norton and Renacer.  Each bodega was beautiful and different in its on way. At Norton, we did a 6-course lunch and wine pairing and it was excellent. We could have done a wine tour each day of the week and go to 4 different bodegas and we still would not have seen half of what was out there, which is about 1,000 wineries in the region. Mendoza is mostly known for its Malbec, but they produce a lot of other grapes: Tempranillo, Cabernet Sauvignon and Chardonnay.  Mendoza accounts for nearly two-thirds of the country's entire wine production. 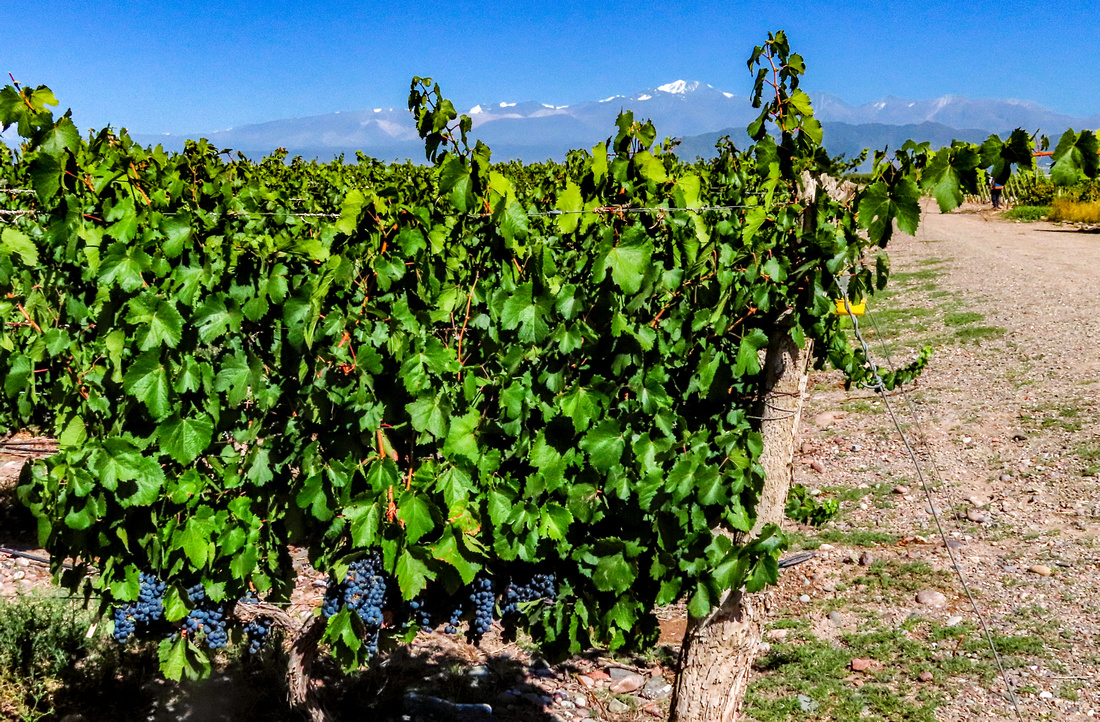 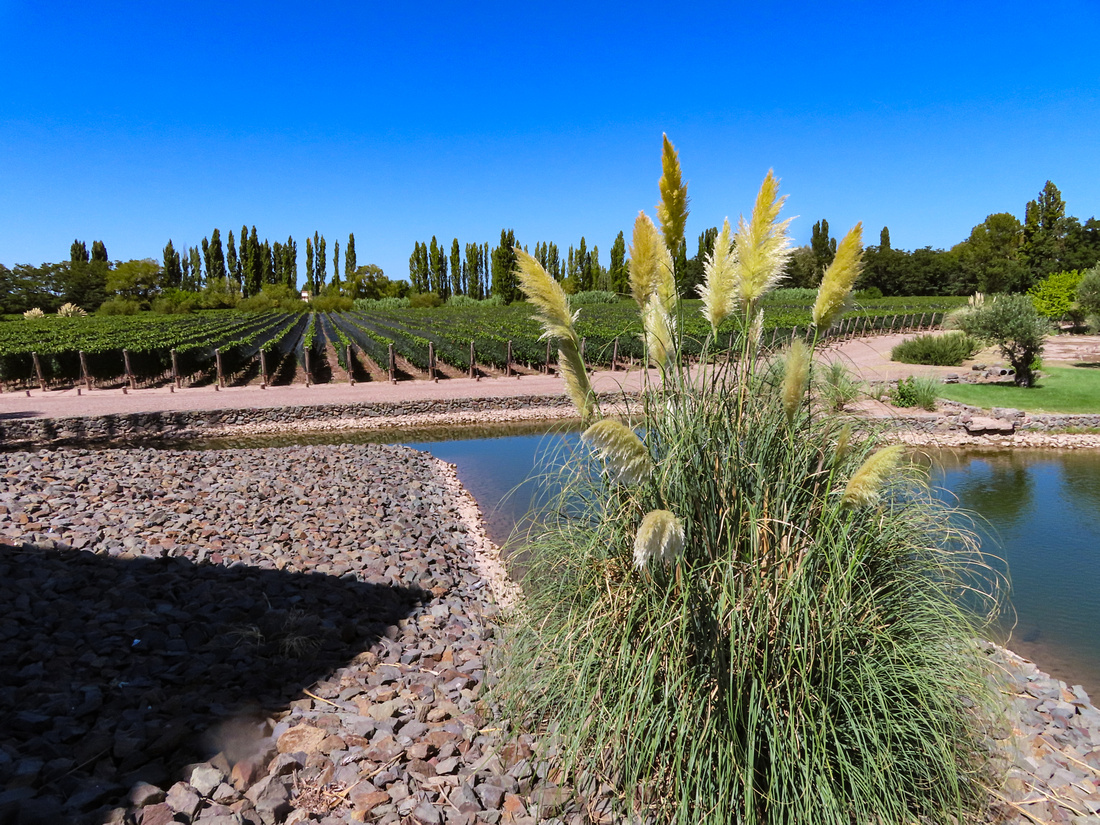 Bodega Melipal, MendozaThis was our favorite 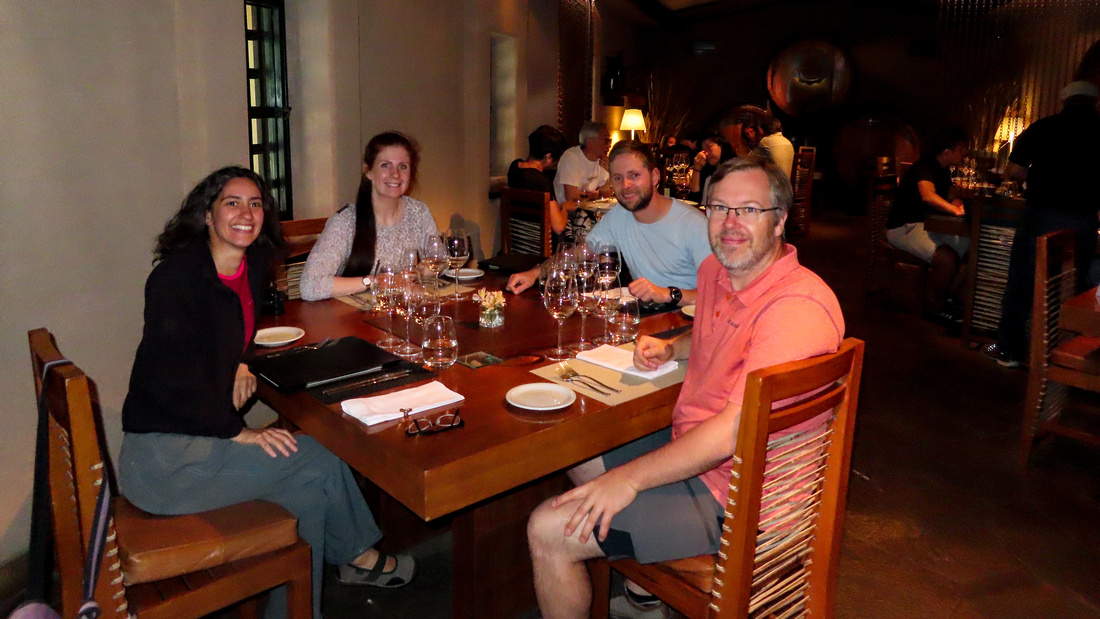 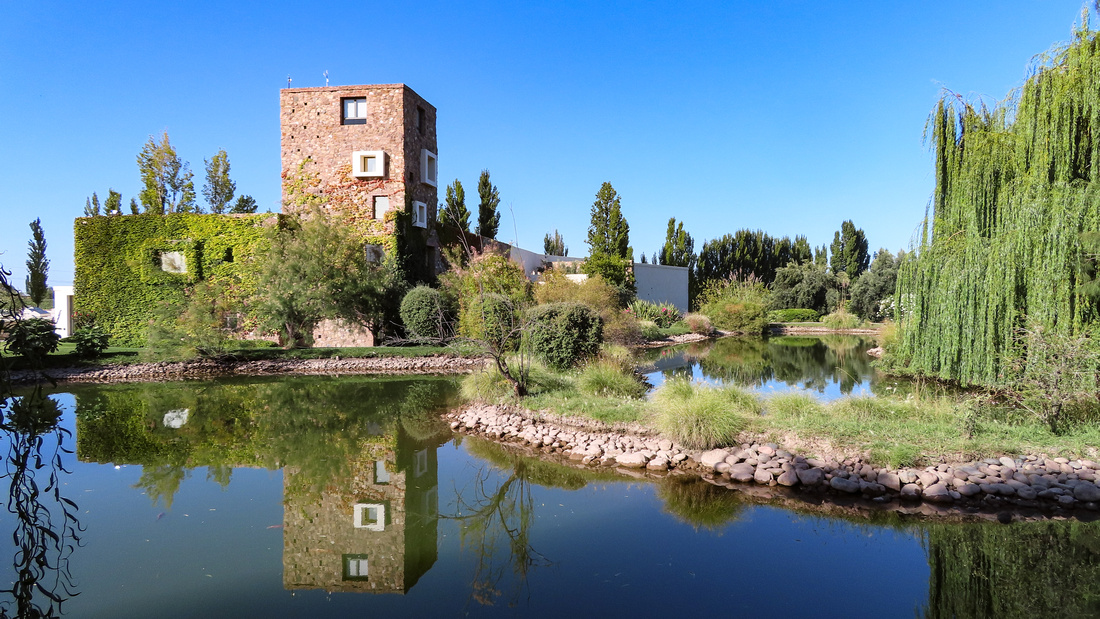 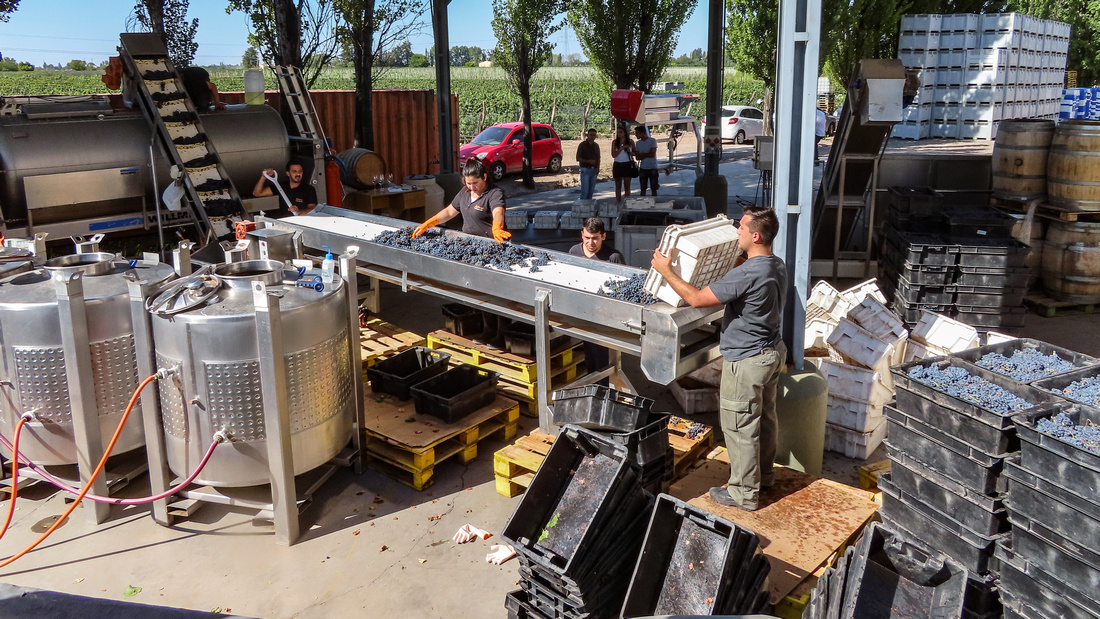 During our stay, we were lucky that the biggest annual festival of Mendoza took place. Fiesta Nacional de la Vendimia, also known as The Grape Harvest National Festival. It’s considered one of the most important festival in the country and includes a beauty contest. All 18 departments prepare and participate in the festival and have a pretty girl elected as their Reinas (queens). We got to see the Friday night parade that has a decorated chariot (big truck) from each department which goes through the streets accompanied with gauchos on their horses, dancers with music, and handing out produce (grapes, apples, oranges, etc) that their region grow. 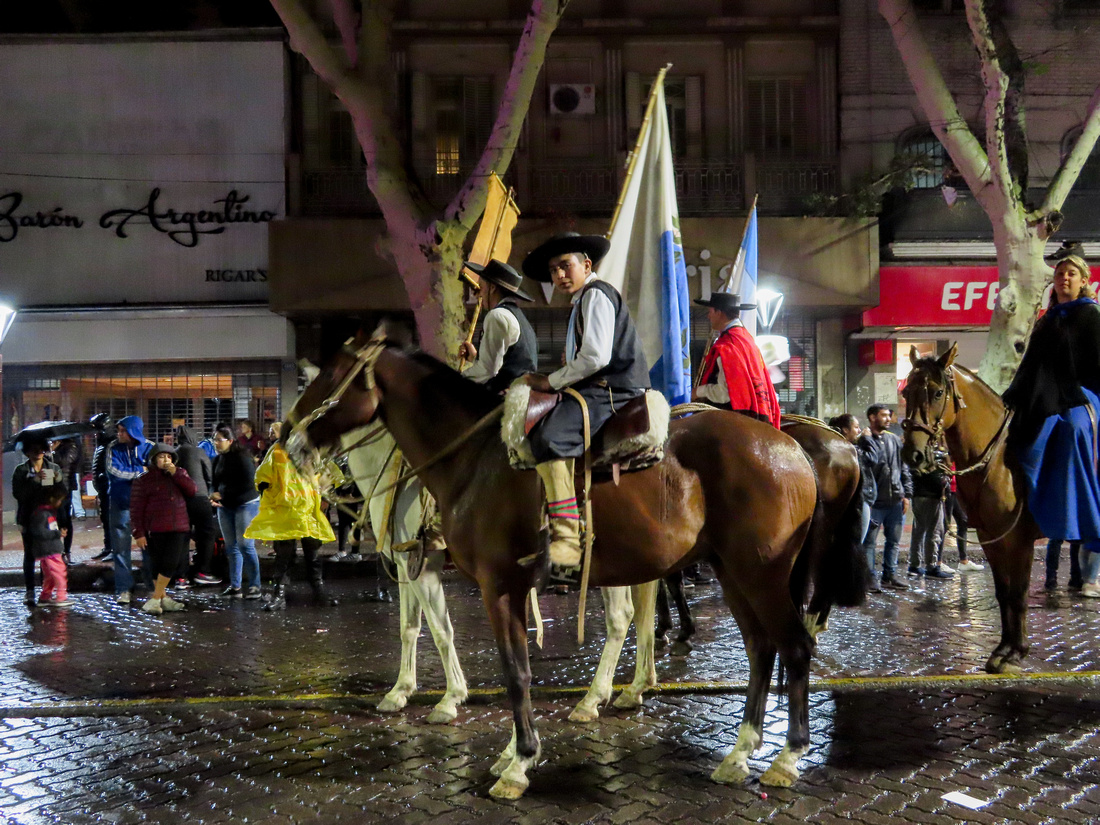 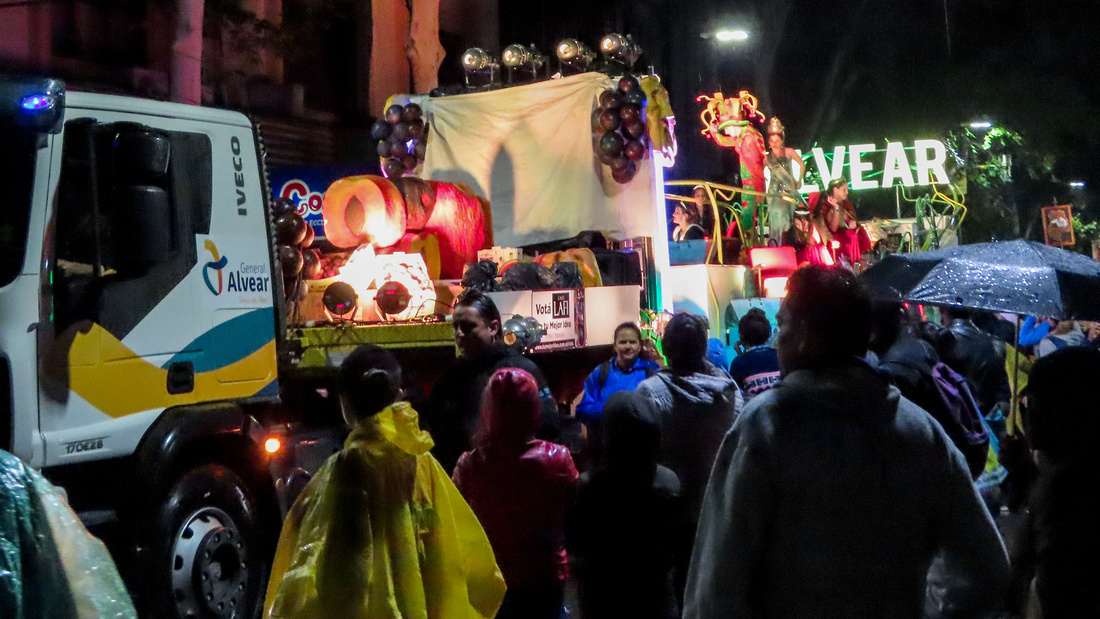 Then on Sunday, we went to see the Show! It was impressive!!! Hundreds of performers on three levels of stages dancing traditional folklore routines, doing aerials, acrobatics and more. Of course, there was music, lights and fireworks. 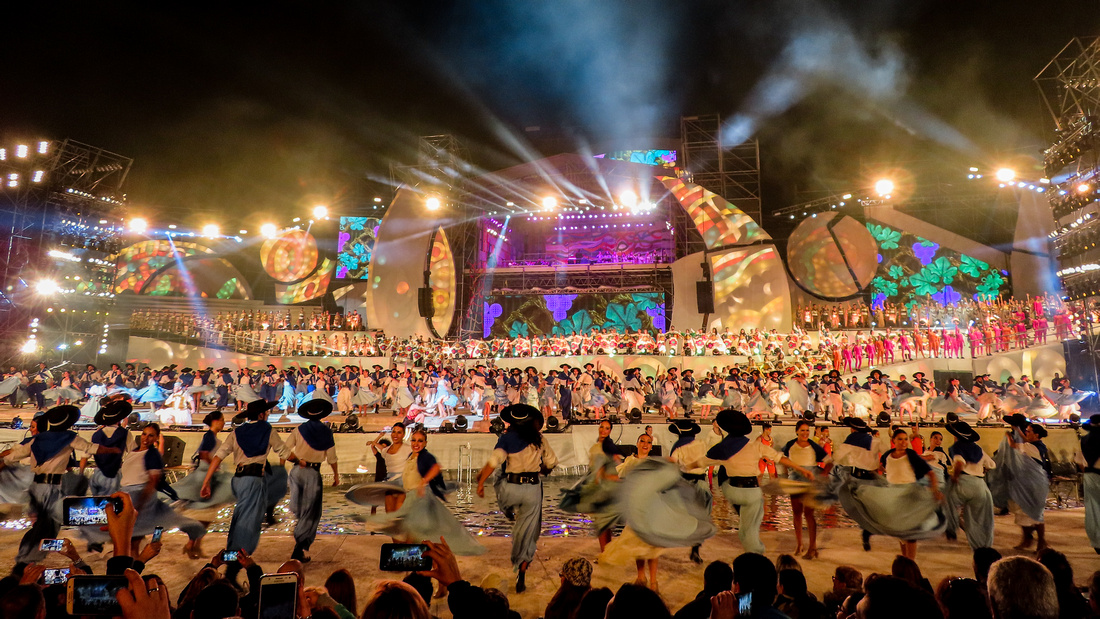 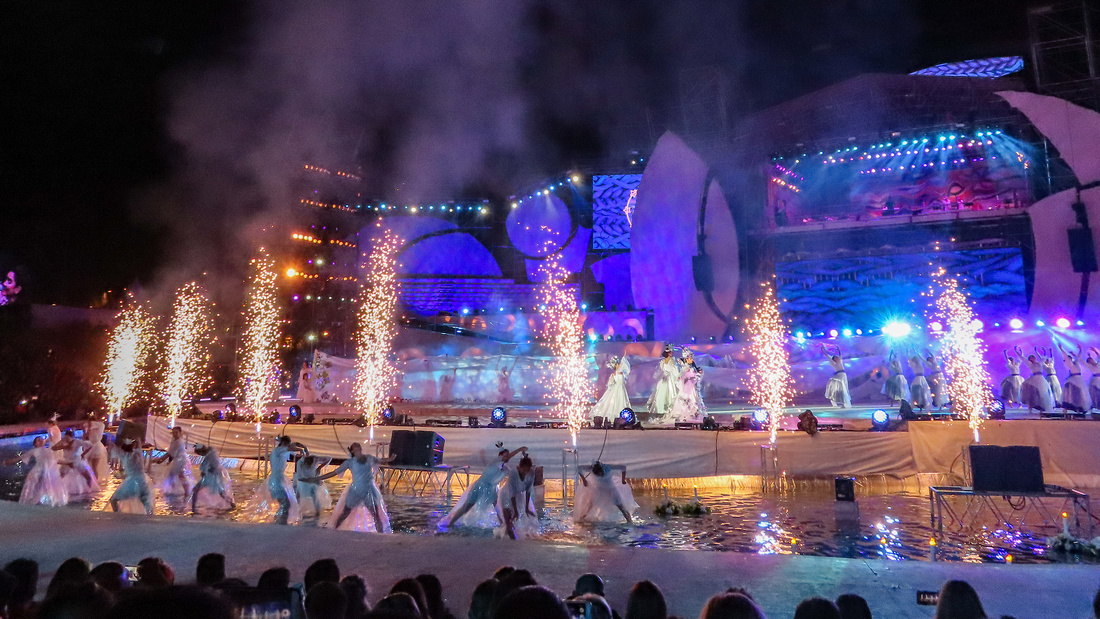 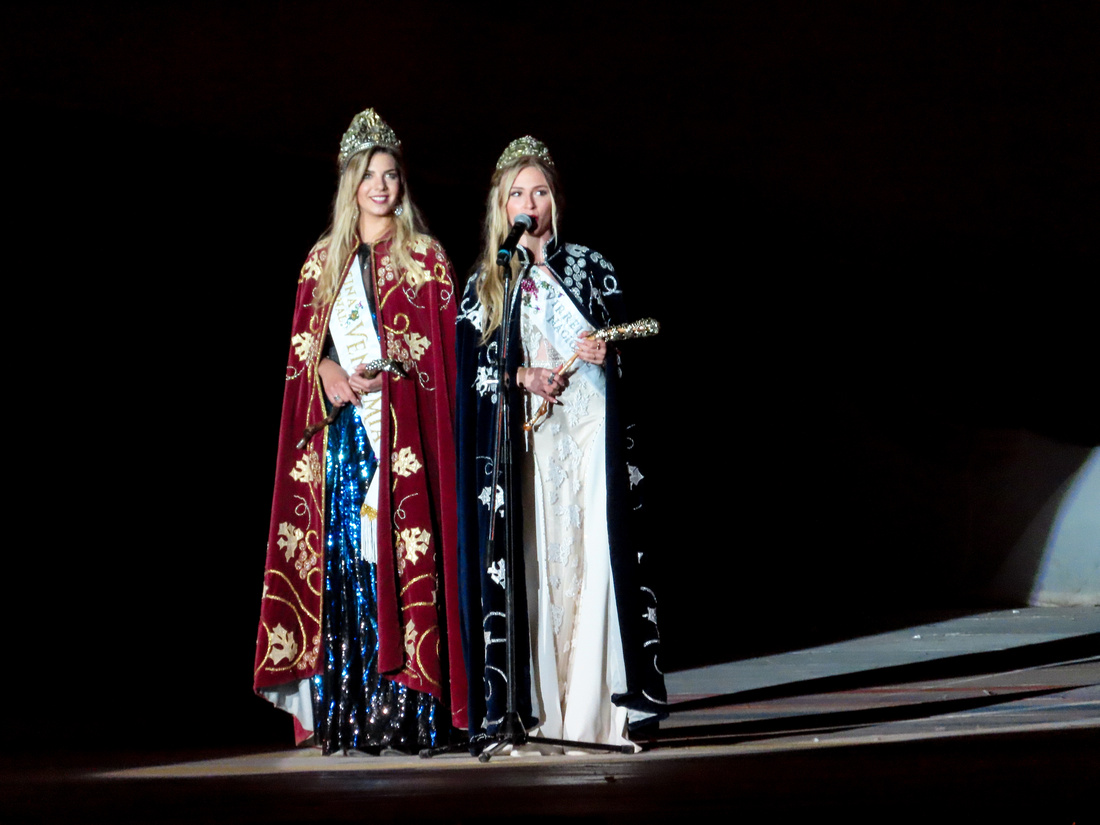 Staying longer also enabled us to meet some locals that we really enjoyed getting to know. Our hosts were very kind and one of them shared her home recipe for alfajores and we got to try one straight out of the oven. Now that was the best alfajores we have ever had. 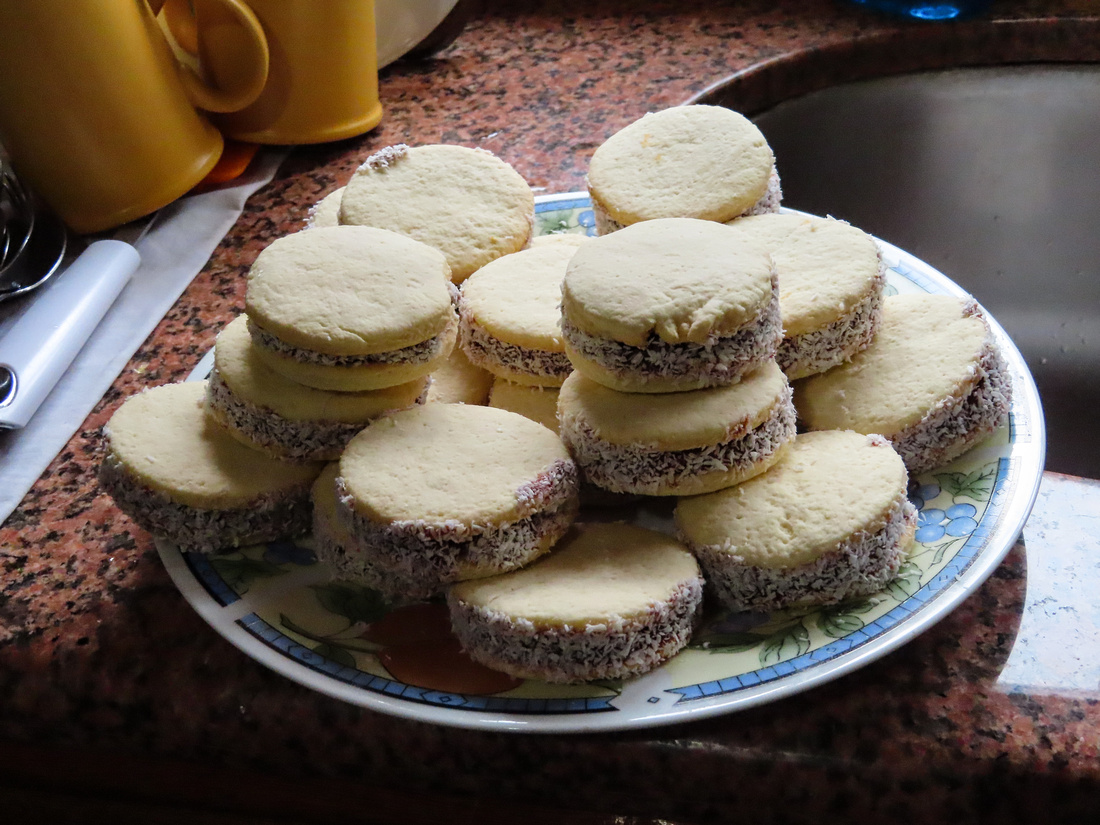 We met a CYR wheel street performer (Lolot Lanet) that did a beautiful routine to a tango song. It turned out she was a tango dancer as well and the following Saturday Vanessa and she were out exploring the Mendoza tango scene. Lolot Lanet Cyr wheel performance

We also had the fortune to meet an American & Dutch couple (Cookie and Sjaak) who are retired and traveling. They usually stay three months in each place. We had our best parrilla with them and shared many excellent bottles of wines together. 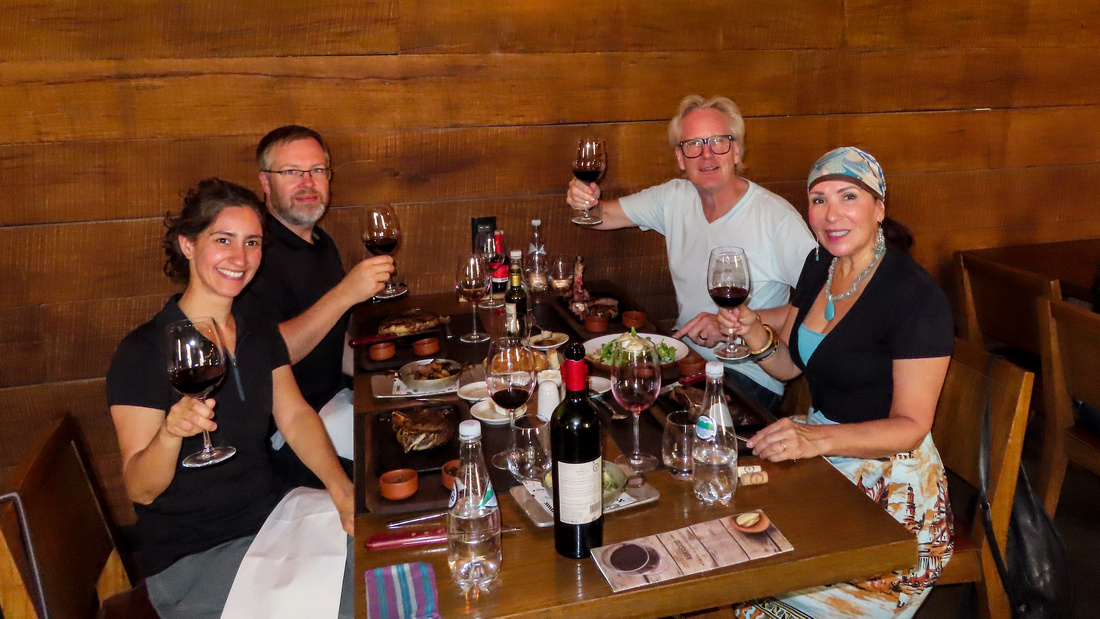 Feasting with Cookie and SjaakSoren's Patagonia beard did not survive the evening.

Vanessa met a few more locals through Capoeira Reconcavo Mendoza, got to enjoy a Batizado in the few weeks we were there and met the motivational speaker, Formada Aquaman (Anderson Da Rosa). Due to a medical error when he was born he could not walk. He was told that he’d never be able to walk and that he should use a wheelchair. He started to crawl at 4. Eventually, he discovered capoeira and his school offered it as an activity. He started training and by 11 he started to walk. Today at age 25, he is walking, playing capoeira and teaching. Amazing what will power can do! 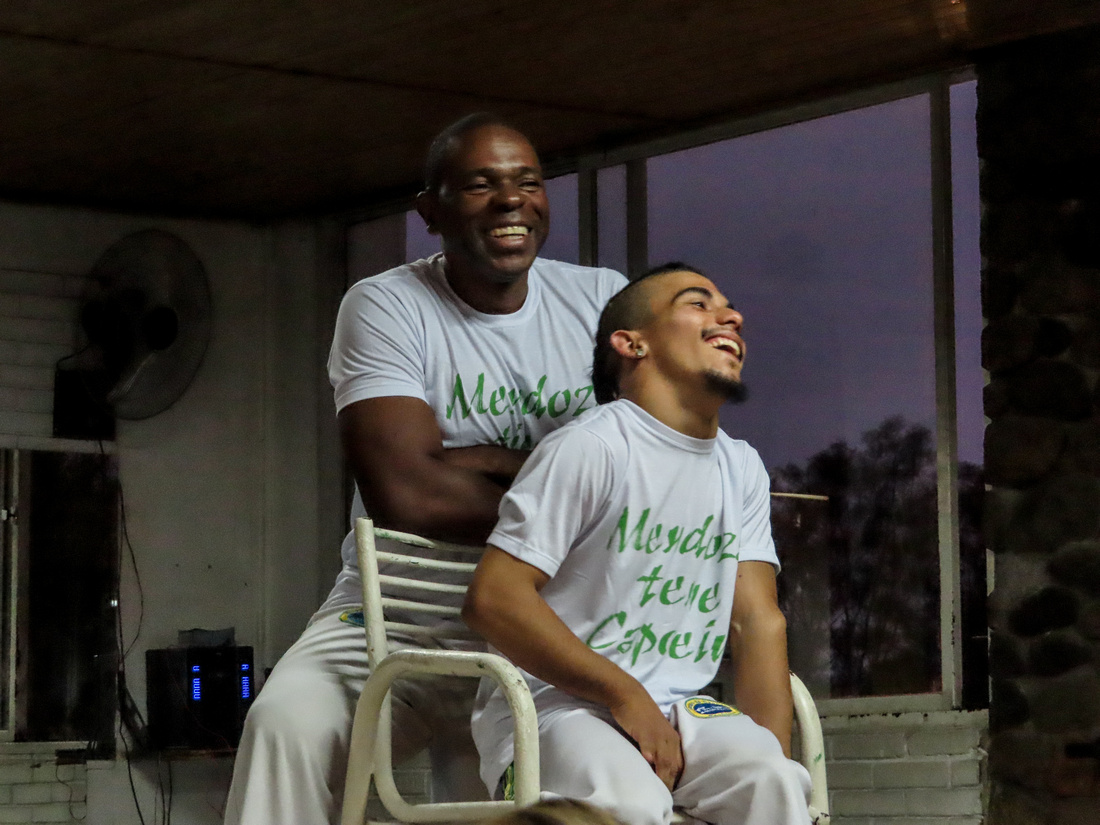 On the last day, Vanessa and Lolot Lanet went up to Cerro de la Gloria and shared mate. If you know anything about mate, you know that it’s more than a drink. It’s considered communal, a way to share time together, and relax.  We had an incredible view of the city and the mountains. On top of the hill there is a large monument that commemorates the Army of the Andes which was organized by San Martin, the liberator of Argentina, Peru and Chile. Both Cerro de la Gloria and San Martin are on the five pesos bill. 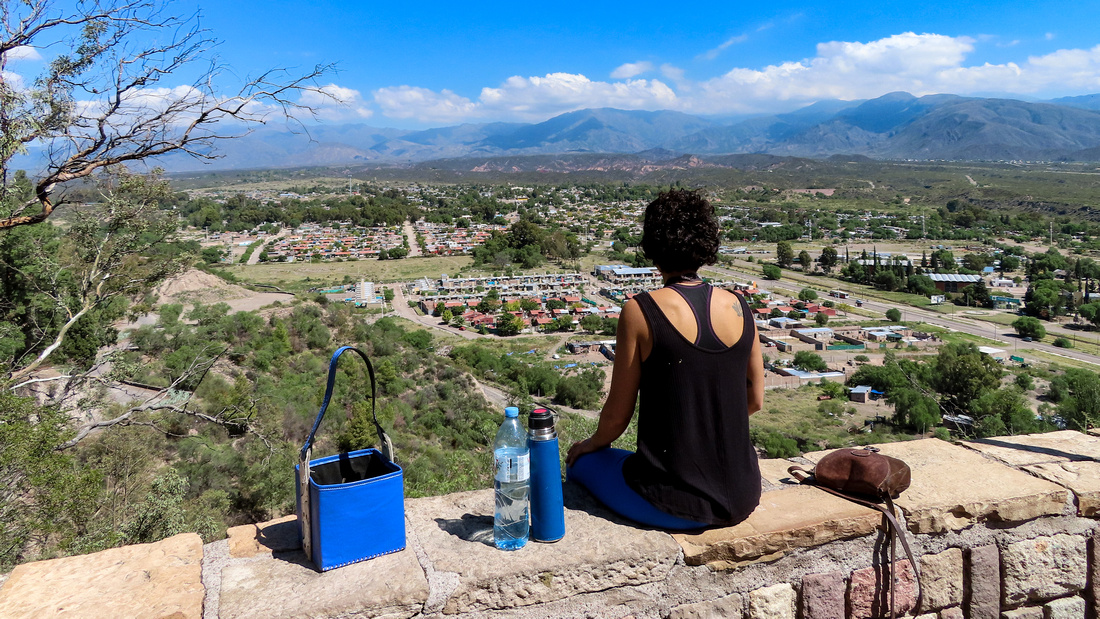 *Mouse over the images to read captions.