After Puerto Iguazu, we spend another week in Buenos Aires before catching our flight back to Houston. Our last few days before leaving South America after nearly 3 months. We enjoyed being back in the capital and saw a few things that we did not see in January. 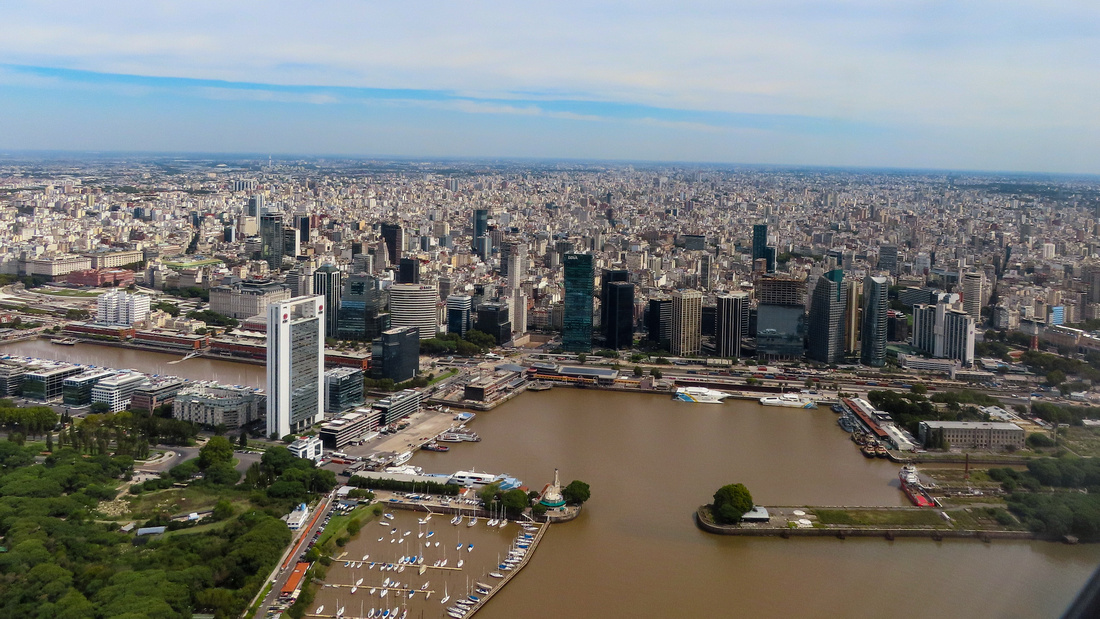 We did two walking tours. One through Recoleta where we saw many beautiful historical buildings. 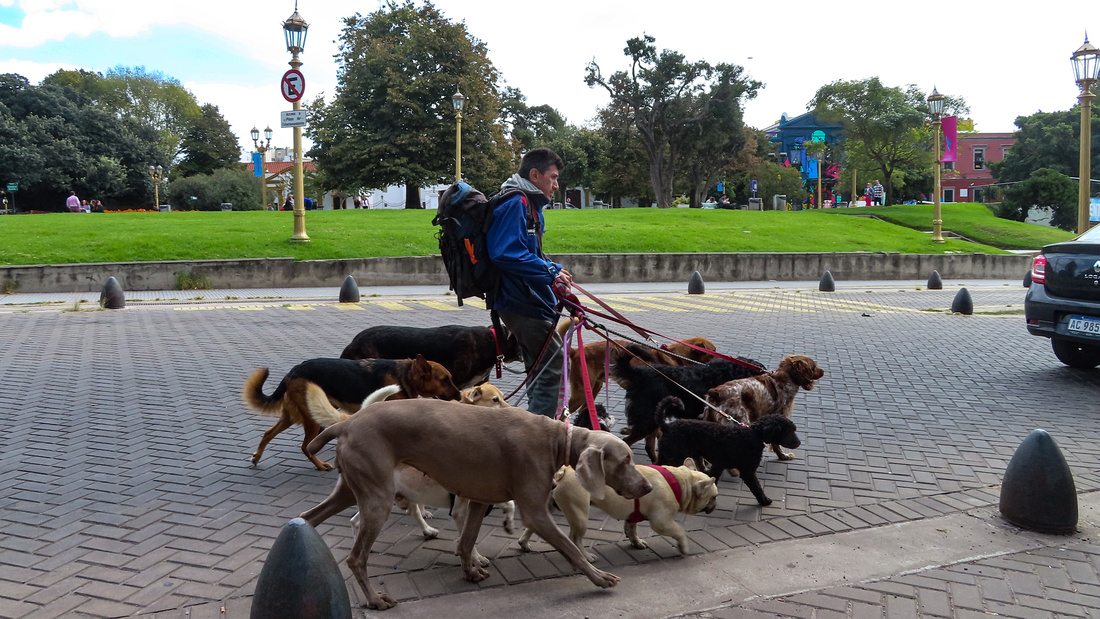 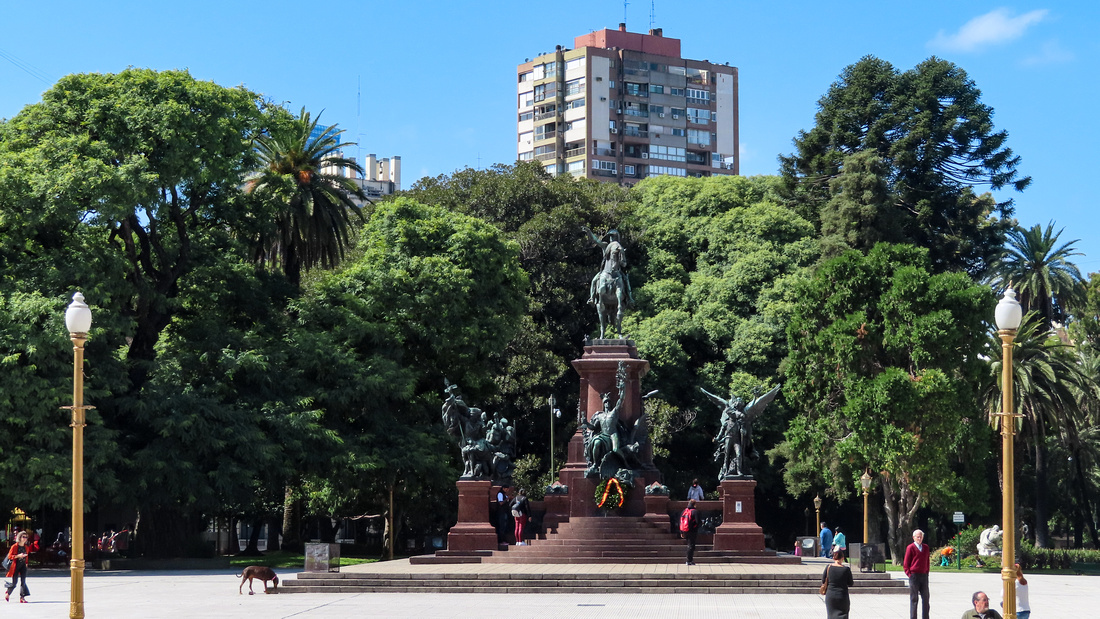 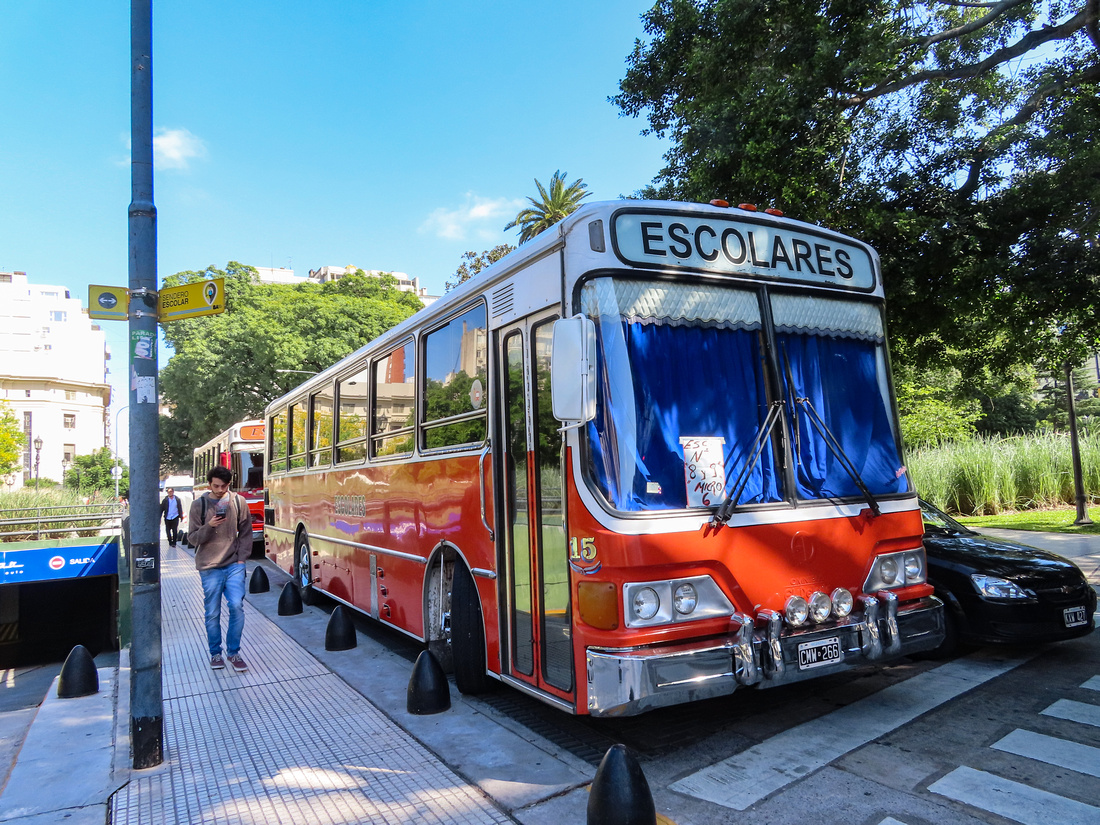 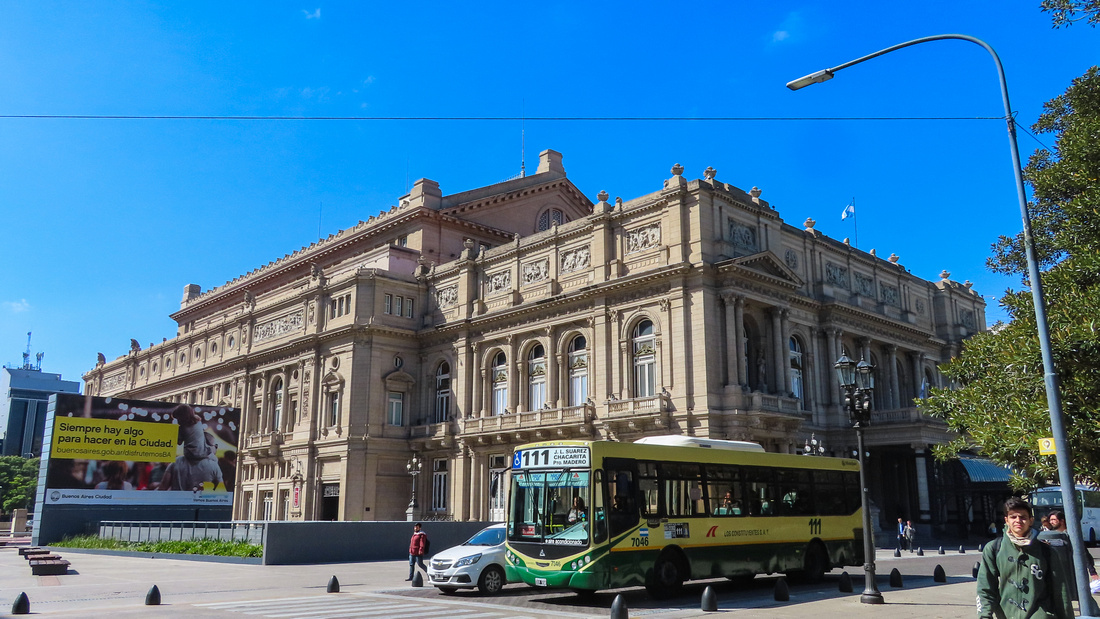 Avenida 9 de Julio – widest street in the world with 18 lanes. The avenue ends at the French Embassy because the French said “no” to demolishing their building that they owned before the construction began. 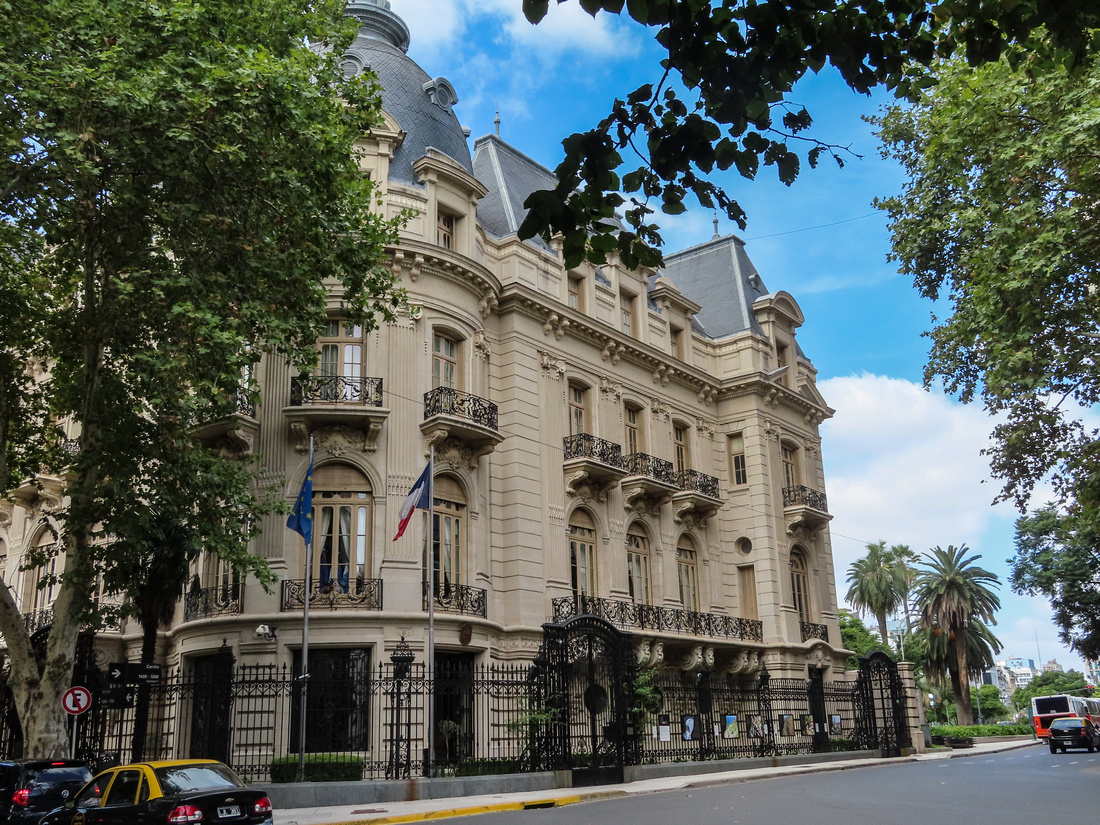 Could it be more French?

The Big Ben of South America, Torre Monumental, was a gift from the British community of Buenos Aires after building the nearby Retiro railroad station complex. 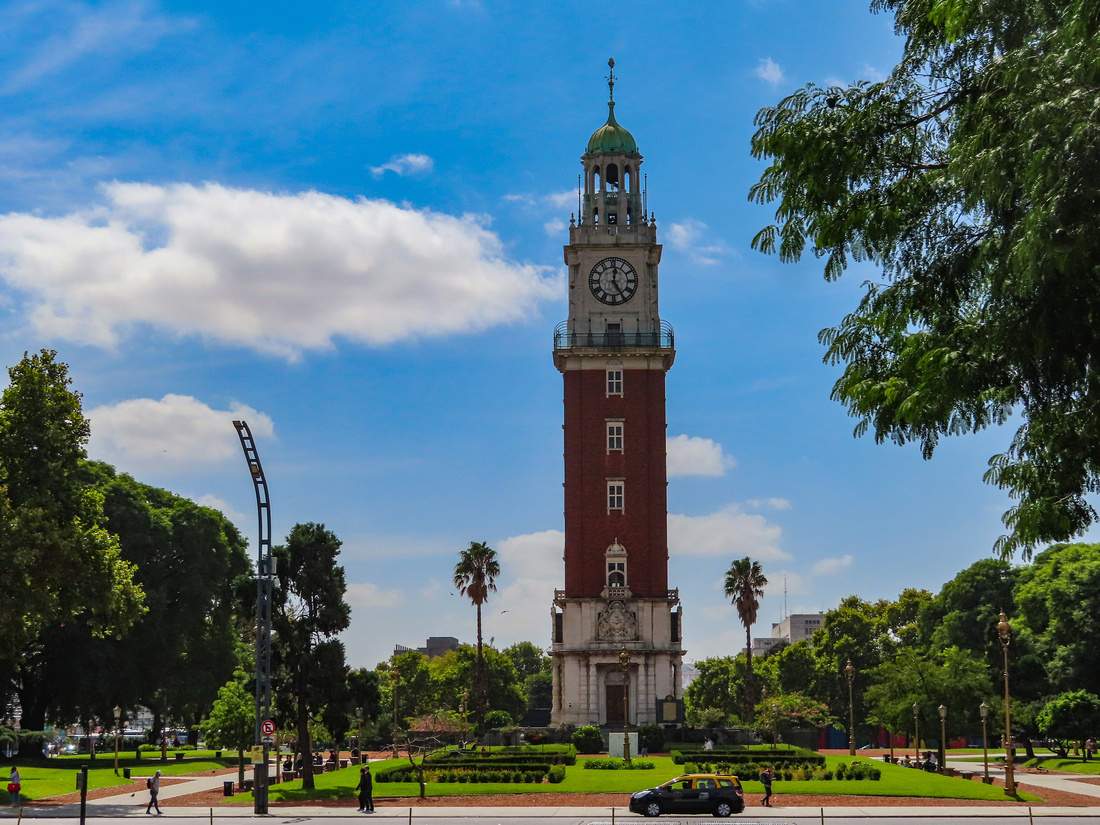 The British Clock towerThe plaza used to be called Plaza Britania but changed name after the Falklands war. However, according to the guide the locals still call it plaza Britania 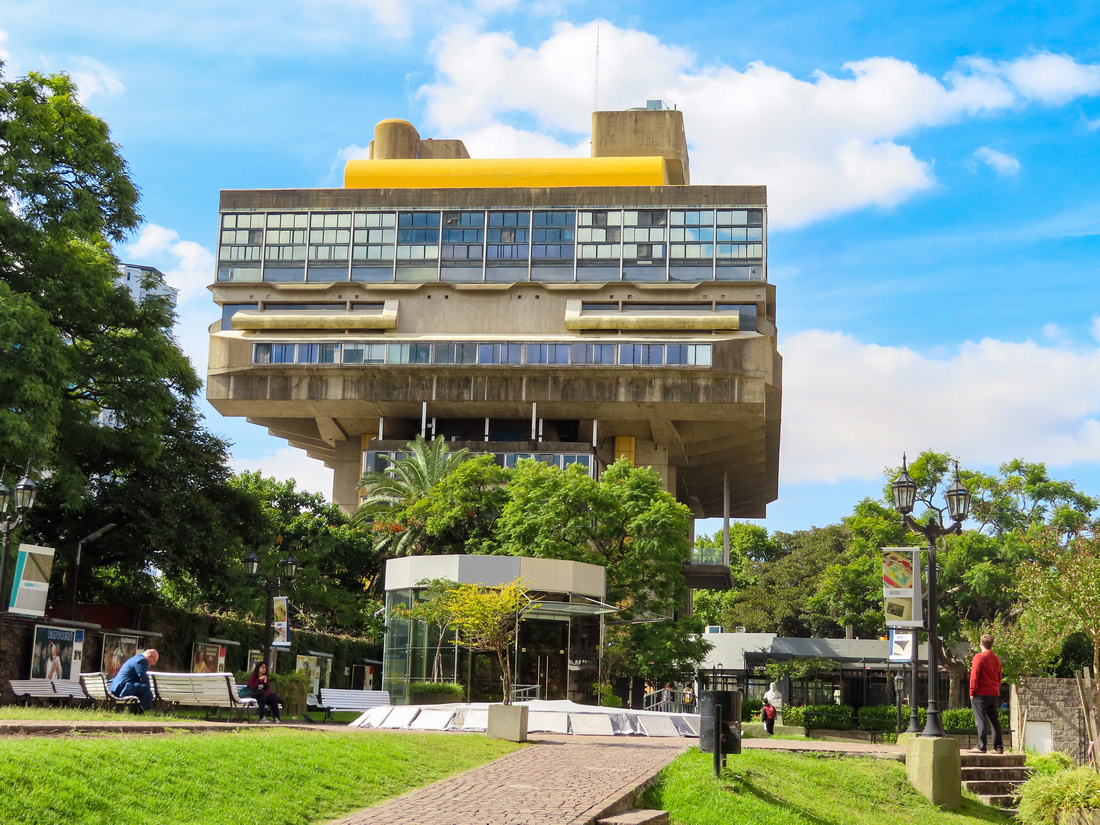 Recoleta Cemetery – a resting place for the rich, the politicians, and the famous people of Argentina. It looks more like a mini city with ornately decorated mausoleums than your usual resting grounds. 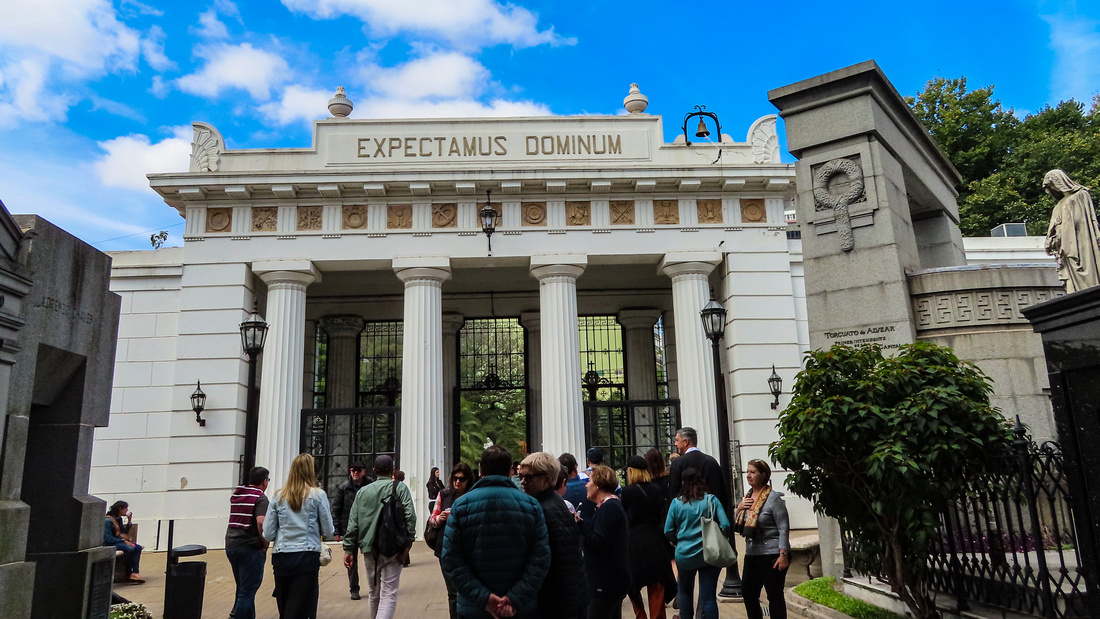 Have you been naughty?Recoleta Cemetery 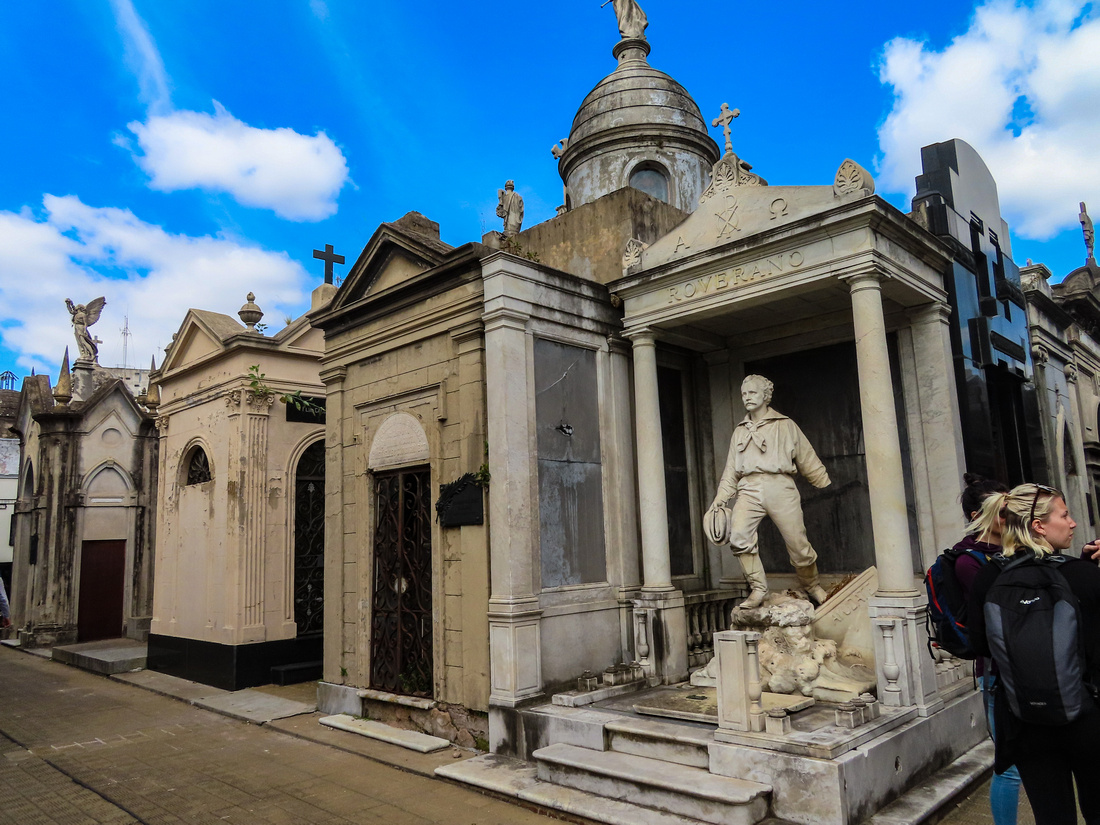 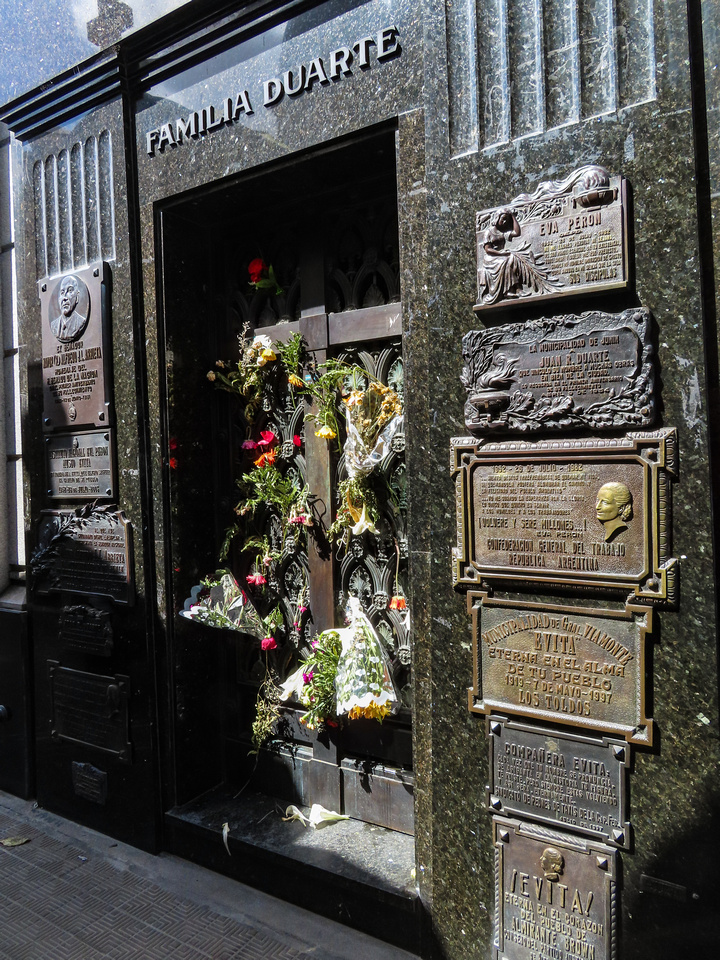 Recoleta CemeteryEva Peron remains was removed by the military after the coup three years after her death. 20 years later it was returned to her final resting place. 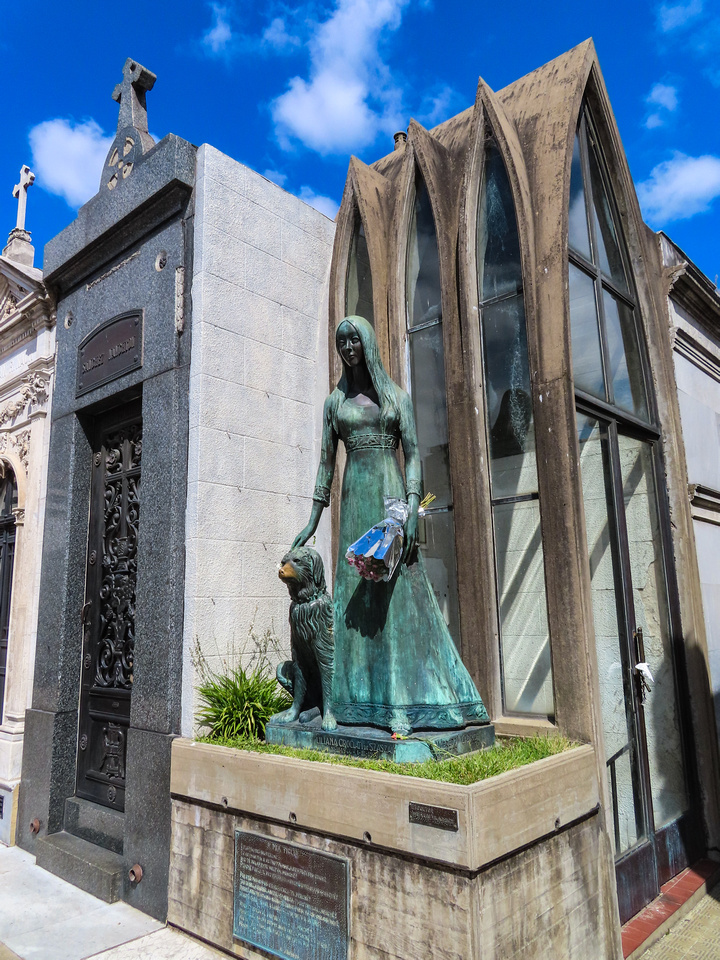 Recoleta CemeteryLiliana was killed by an Avalanche in Innsbruck in 1970. She was 26 years old. The statue of her dog was added when it died a few years later. Where it is buried the story doesn't tell.

The second walking tour was Street Art in Palermo. Artists usually ring the doorbell and ask the homeowner if they can paint their wall. The owners usually say yes. Often homeowners want to have a painting because it supports freedom of expression but also because people respect the art and don’t tag the walls with graffiti if there’s a mural. There is plenty of wall space so the art can last a long time on the walls. 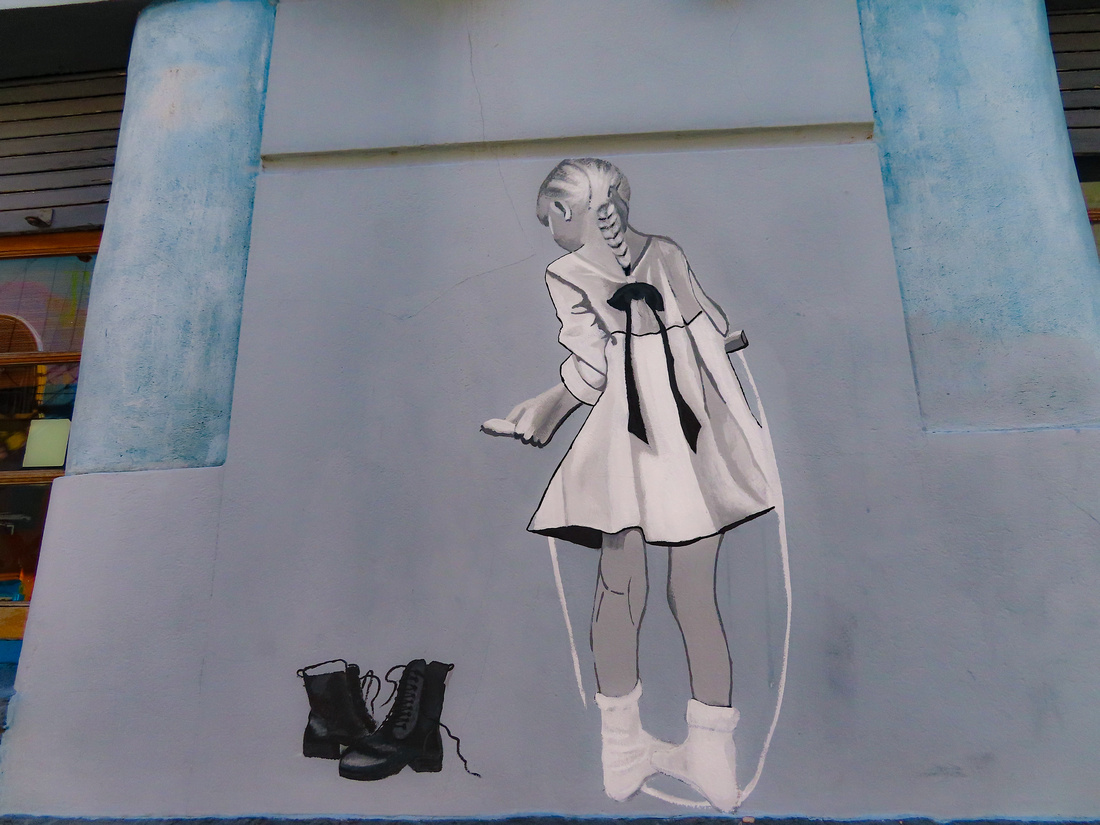 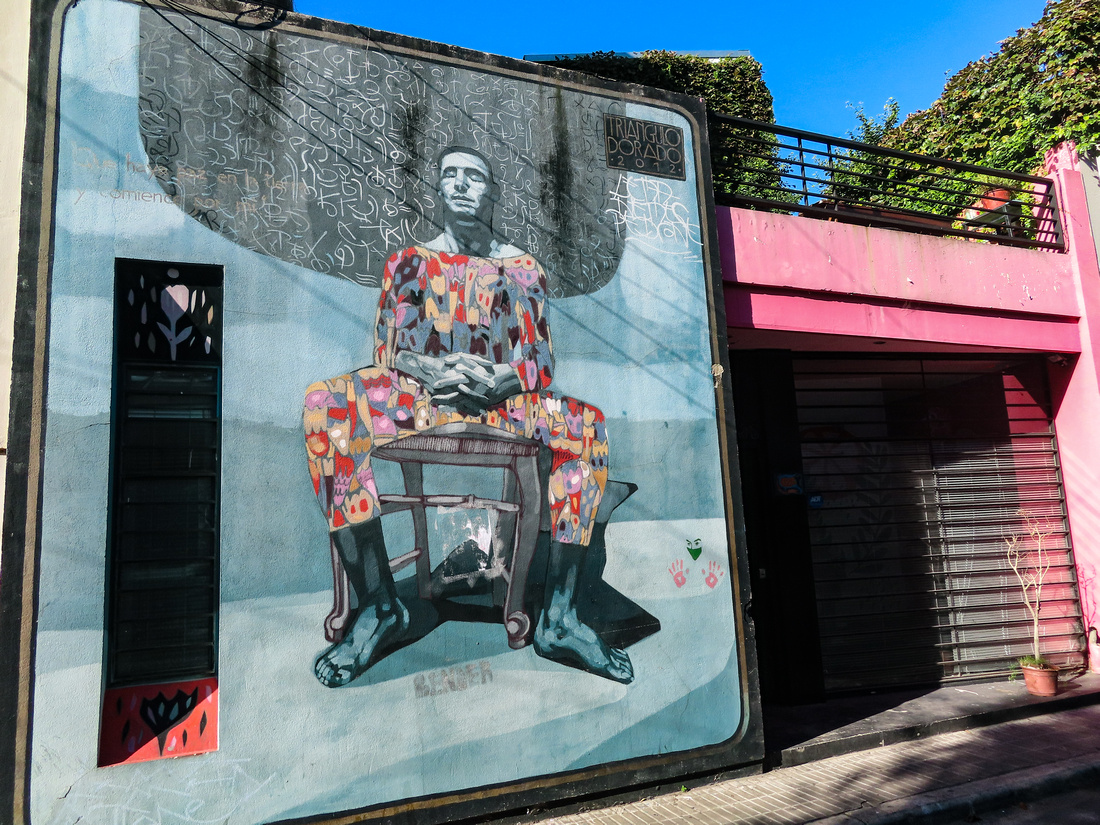 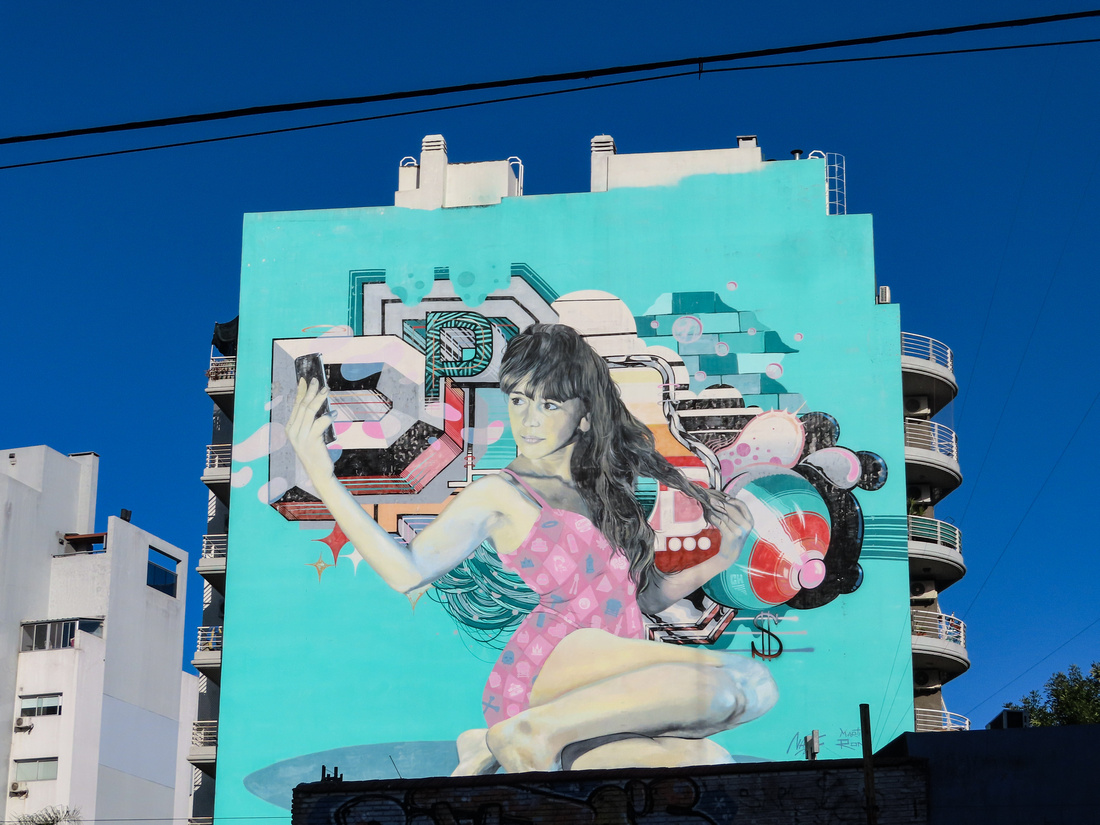 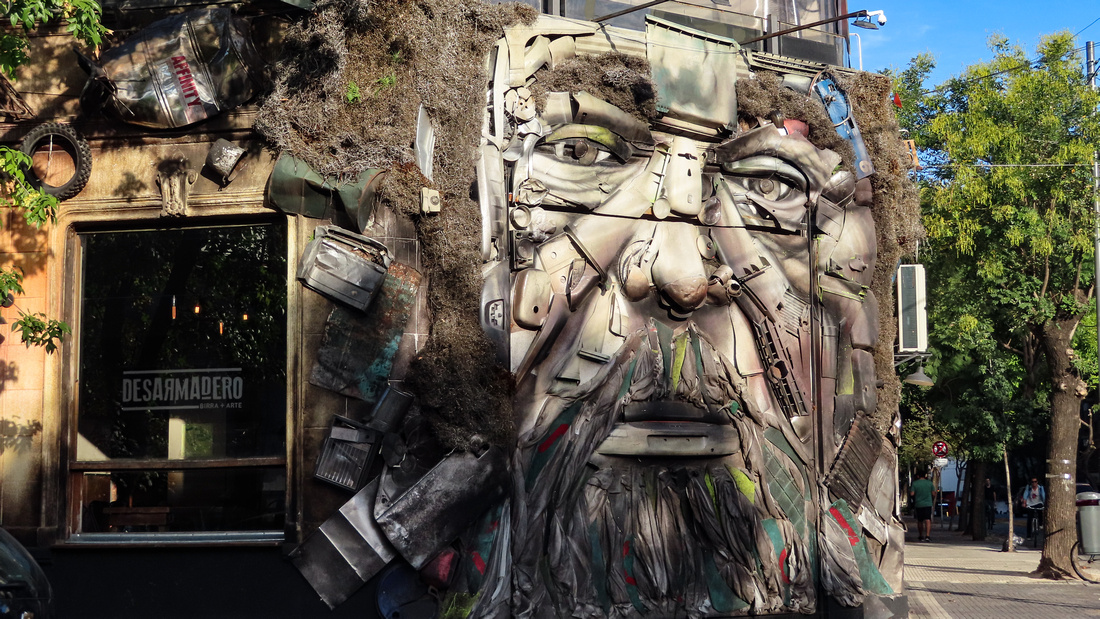 After the walking tour, we enjoyed a lunch in the neighborhood and had the best maracuja (passionfruit) mousse. It doesn’t look like much, but it was super delicious. We wish we had the time to go back again once more before we had to leave. 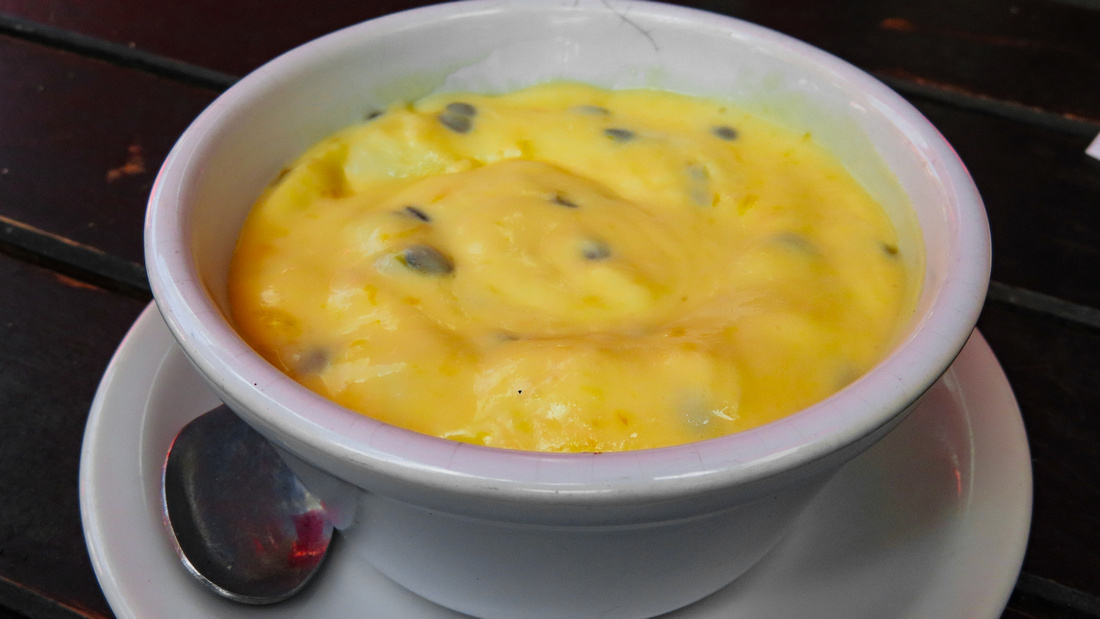 The most beautiful bookstore we have ever seen was El Ateneo Grand Splendid Bookstore. It opened as a theater in 1919 and then into a cinema in the late 1920s, finally converted into a bookstore in the year 2000. It also has a café on the stage.

We went on a day trip to La Plata, the capital city of Buenos Aires Province which was planned and developed to serve as the provincial capital after the city of Buenos Aires was federalized in 1880 and became the capital of Argentina. For those that know Ladd’s Addition, the city kind of looks like it with tons of diagonal streets. We visited the cathedral and went up the tower for a nice view of the city.  The construction of the cathedral began in 1884 and was only finished in 1999. Interesting to think when they started to build it how much the technology and tools changed over the years into the modern years. 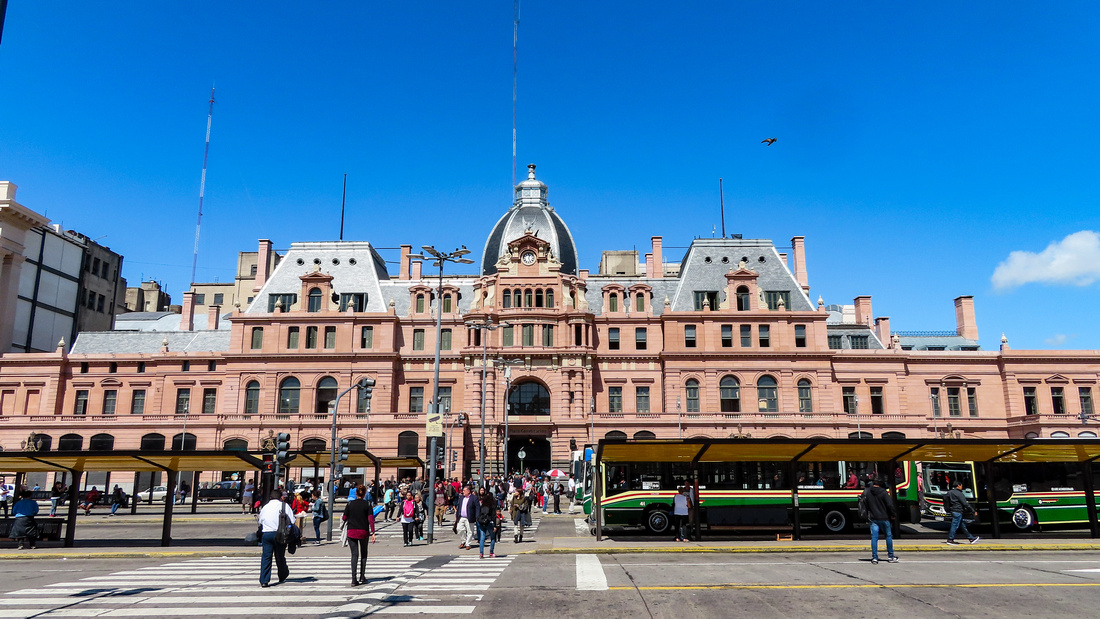 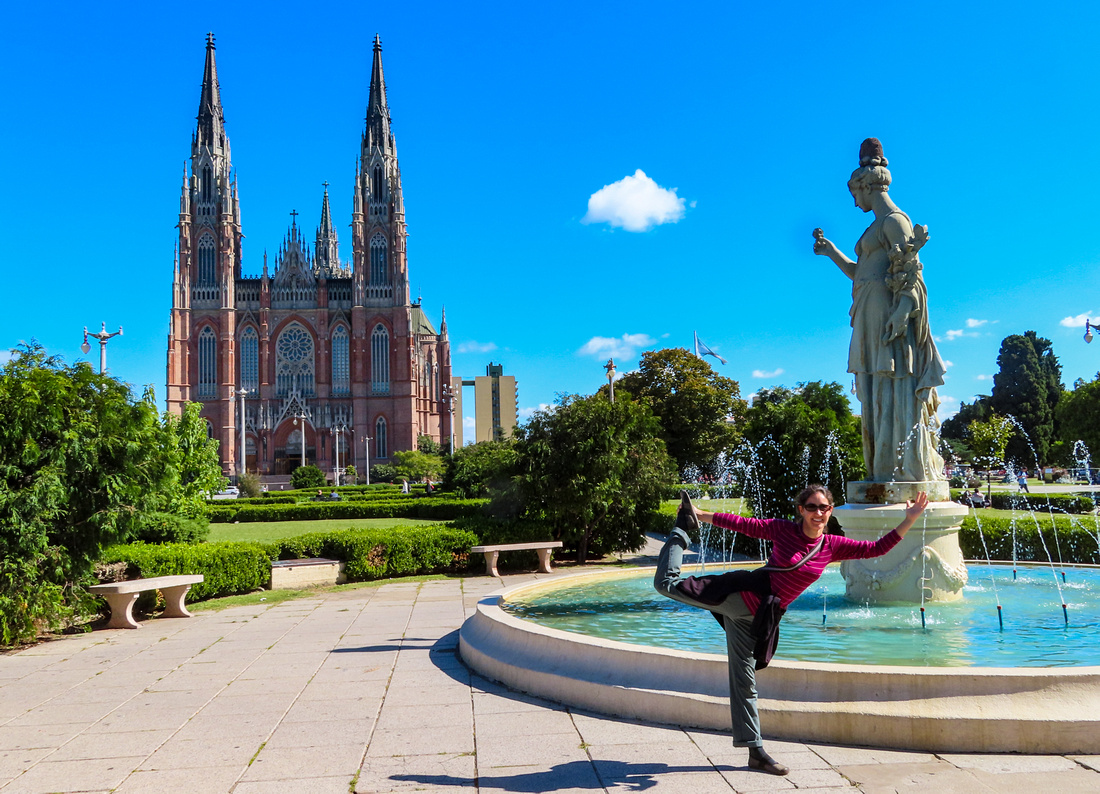 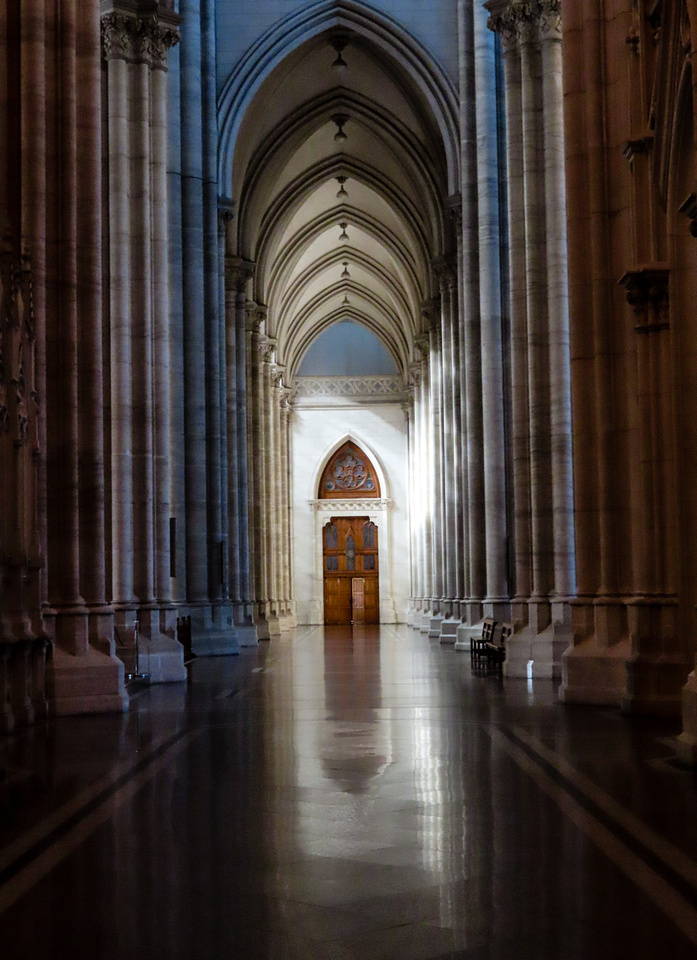 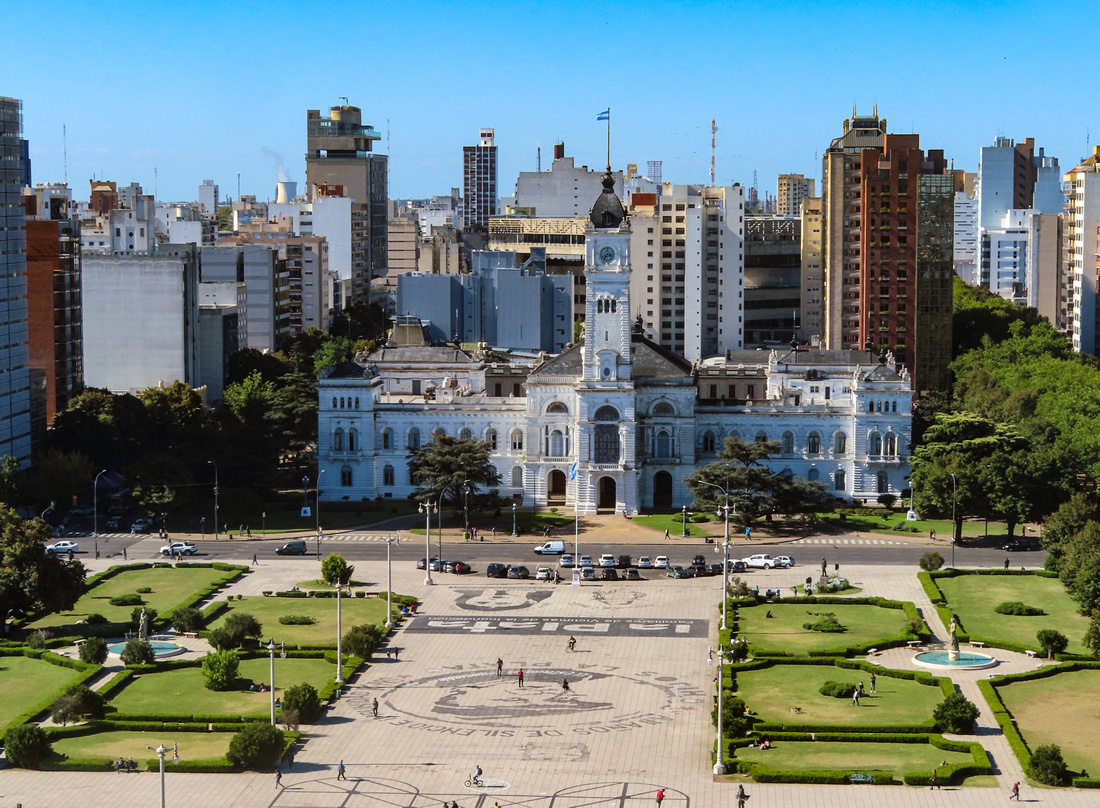 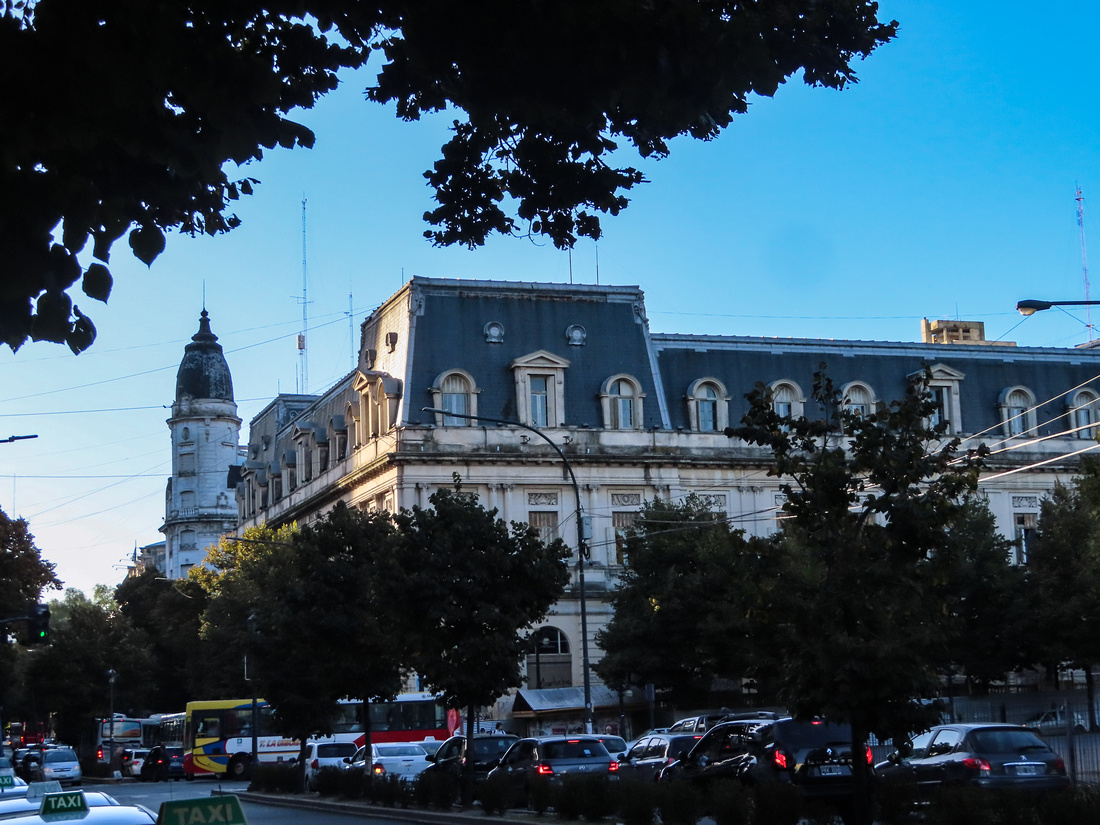 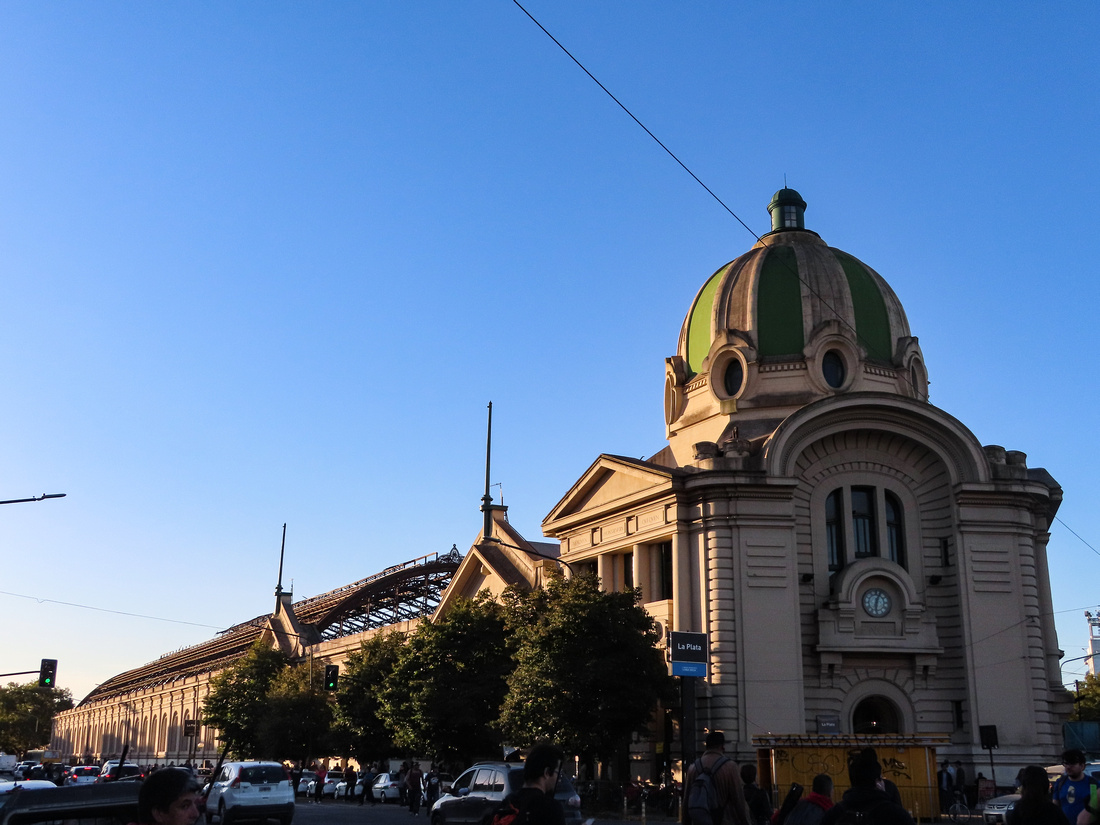 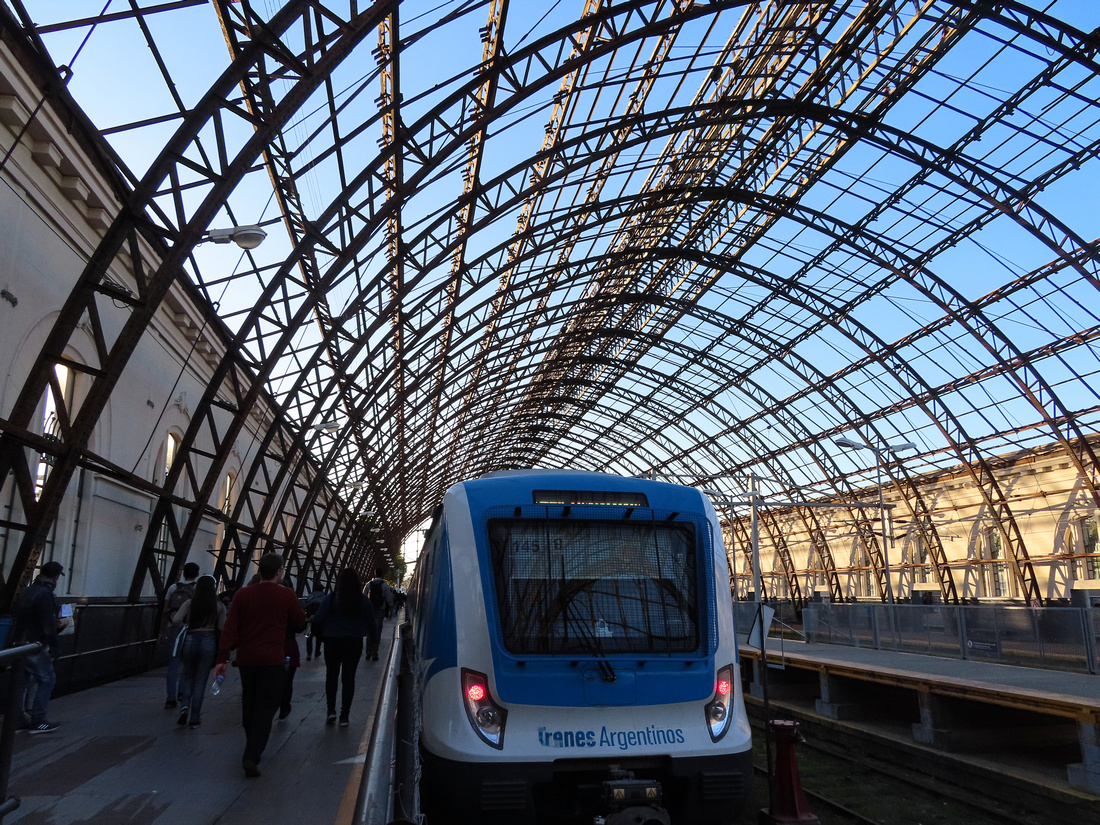 During one of our trips to the grocery store, we looked for some mayo. We had one option and one option only but there was plenty for everybody. 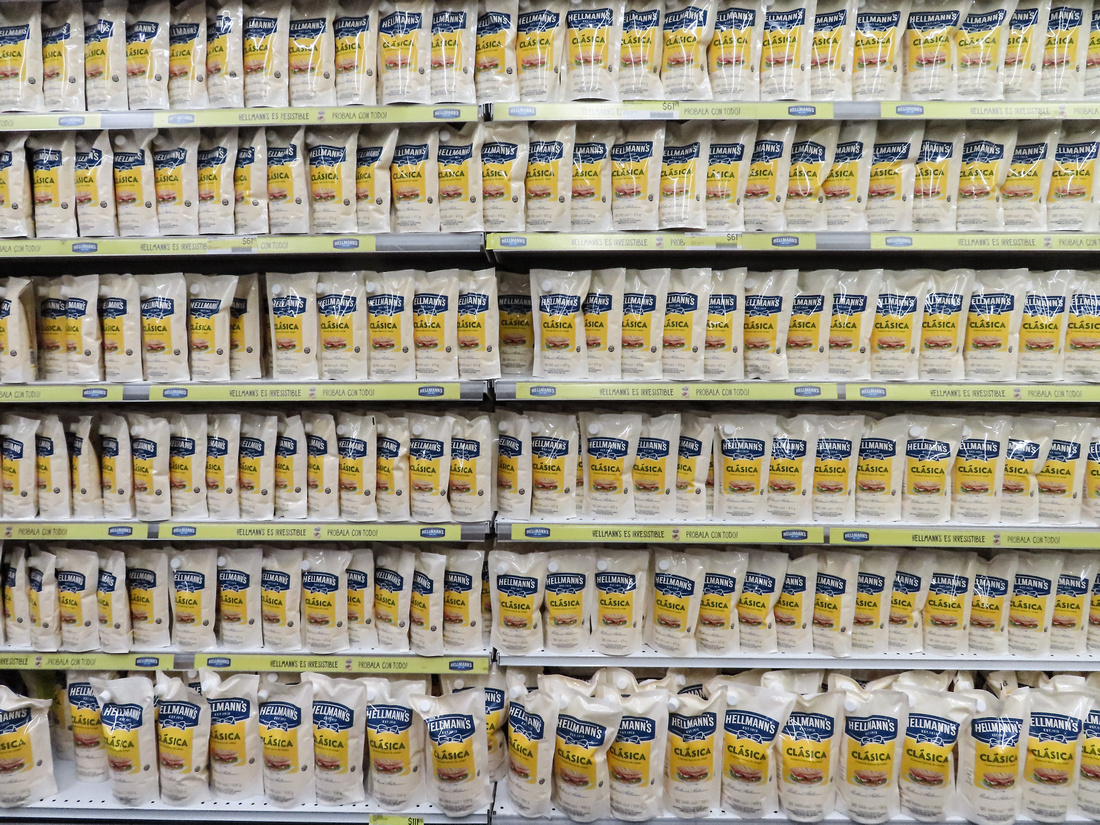 Winner takes it all

Our last Saturday in Buenos Aires, we were grateful to meet up with Maria and Paul whom we had the pleasure of hosting during a tango a festival in Portland.  We always love getting together with friends. We shared a delicious dinner and many great conversations. We hope to see them again soon. 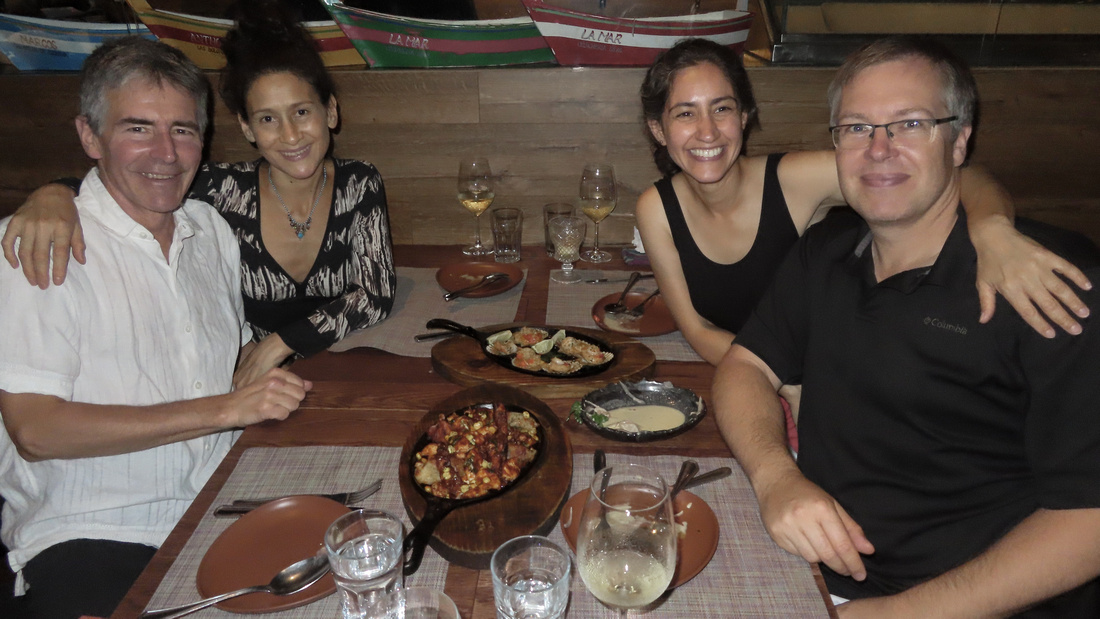 With Maria and Paul 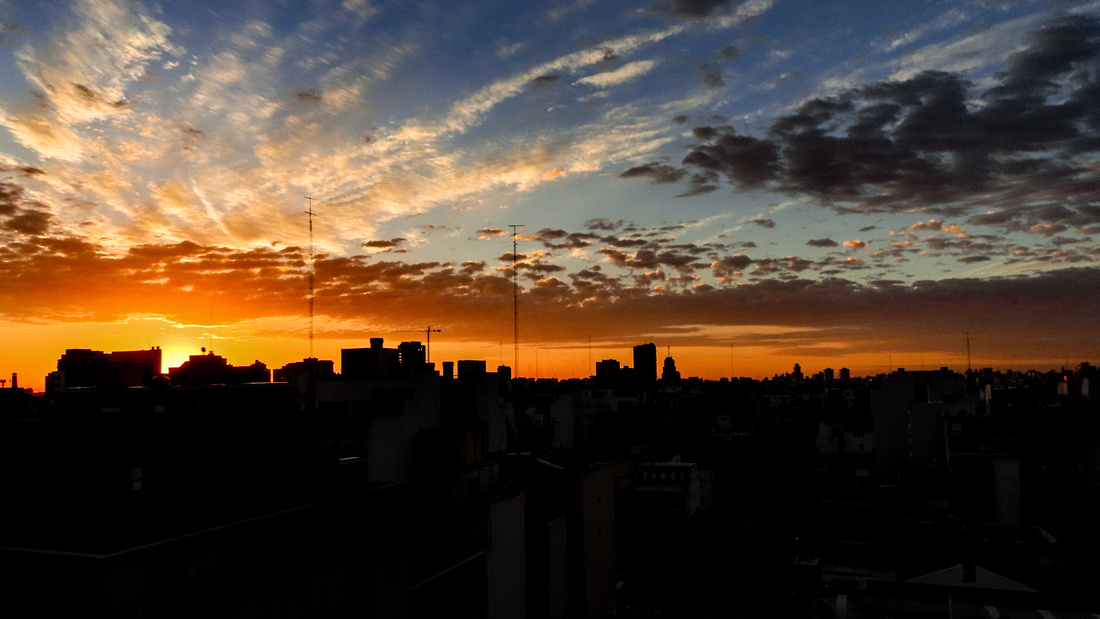 Off into the sunset

*mousse over image to see caption