After two weeks in Houston visiting with family & friends, taking care of appointments and taxes, we were ready for the next adventure. We are extremely grateful to our friends who invited us to stay with them in London. This is our third time visiting and we still find more things to see and explore. After a day of exploring, it’s wonderful to come home to Jim and Judy’s warm welcome, spend the evenings chatting and playing pinochle.  We also had a few pinochle tournaments with Jim, Judy, Tina and Jonnie. It got serious and fun! 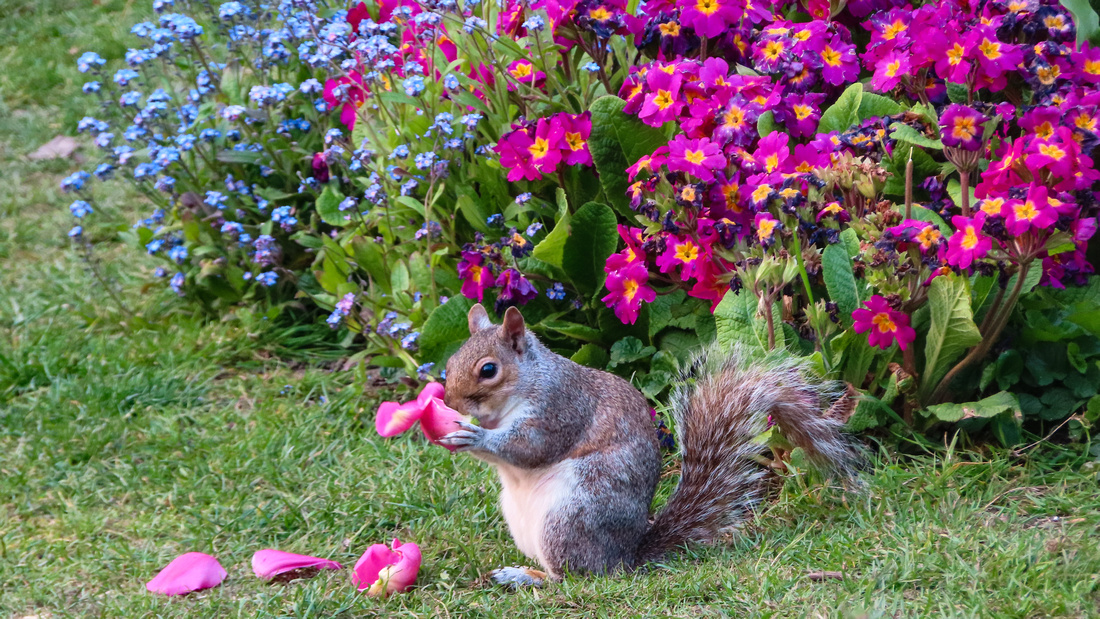 We happen to be there during the Easter Holiday. The weather was just perfect (70F / 21C) and with the time off, everyone and their families enjoyed going to the parks. It was an incredible big crowd. We walked through many of the popular parks: St. James’s Park, Kensington Park, Green Park, Hyde Park. During our walks, we enjoyed the many flower beds that the city planted. The colors and varieties were beautiful! We even saw a parakeet. Apparently, it’s considered an invasive species and not welcomed. Someone told us that it is allowed to shoot them. Hard to believe! 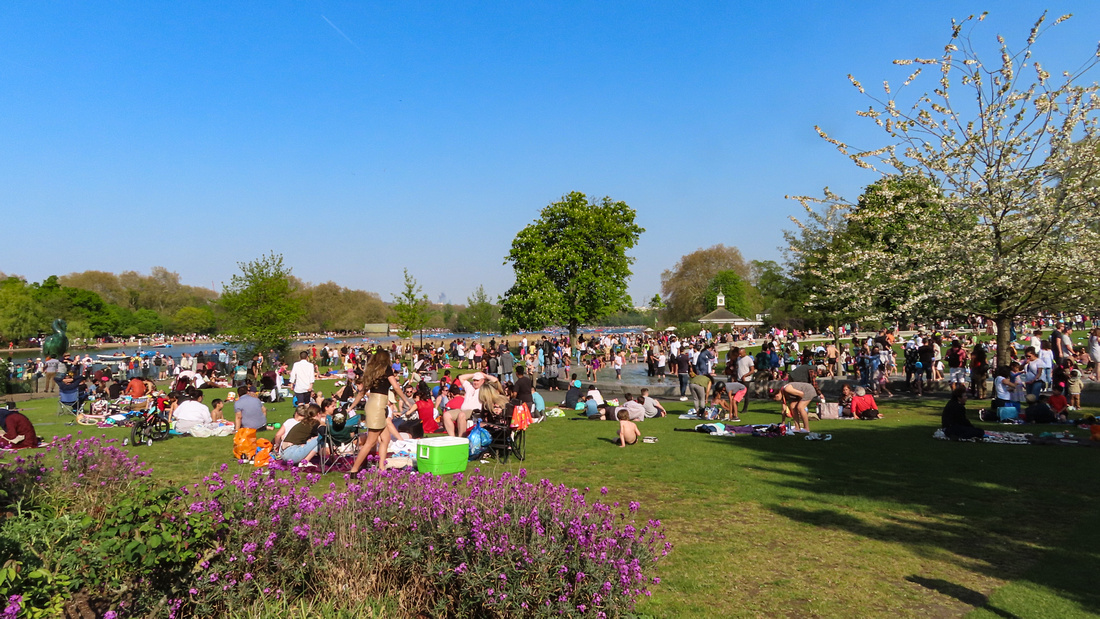 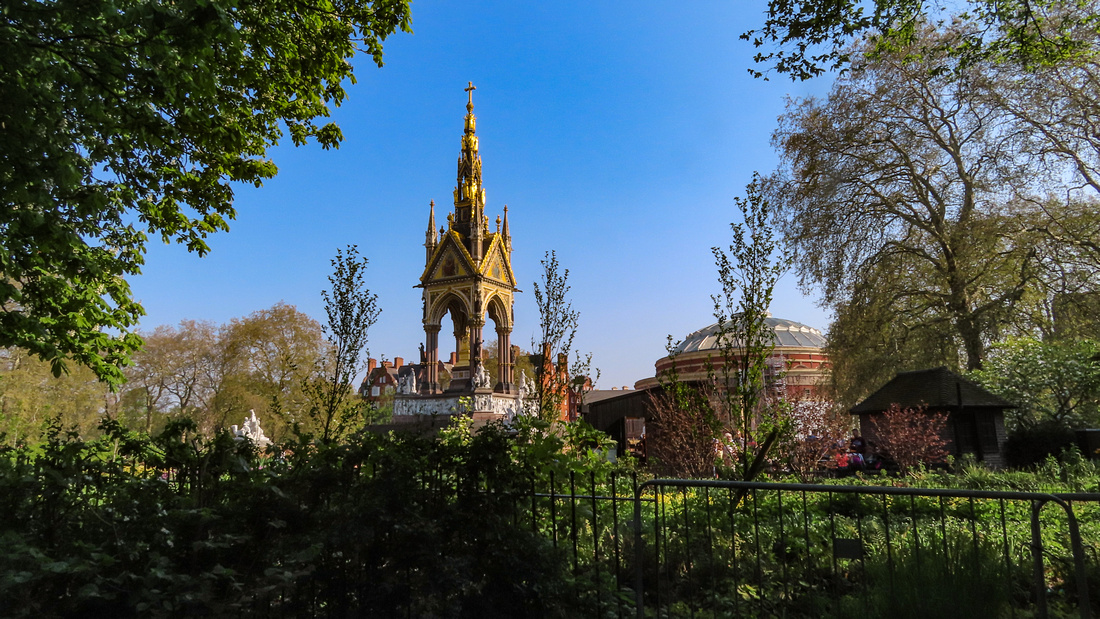 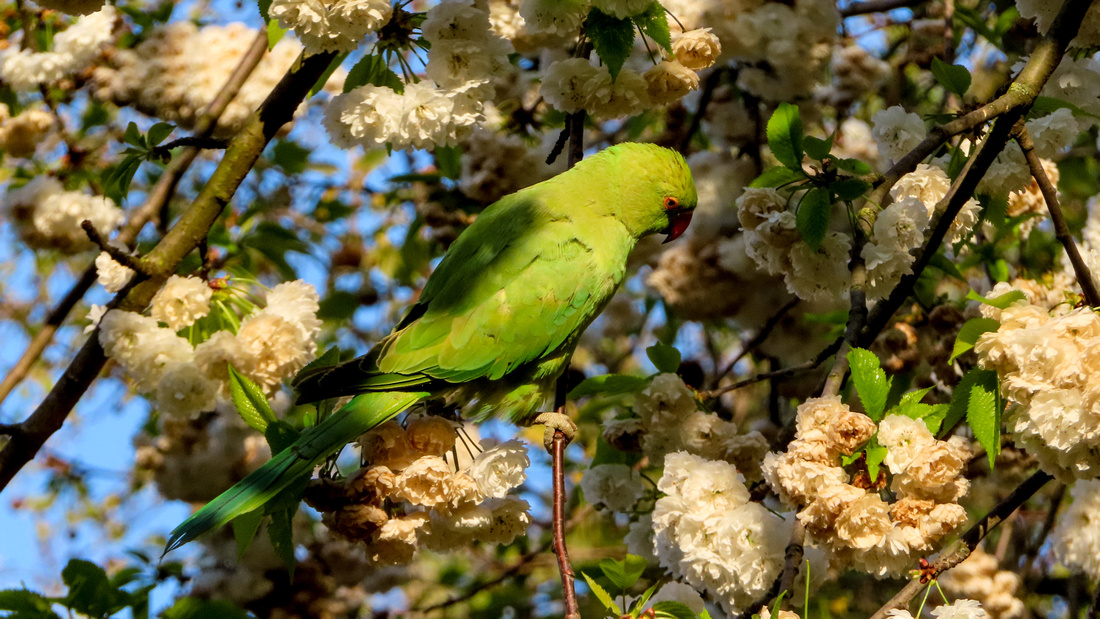 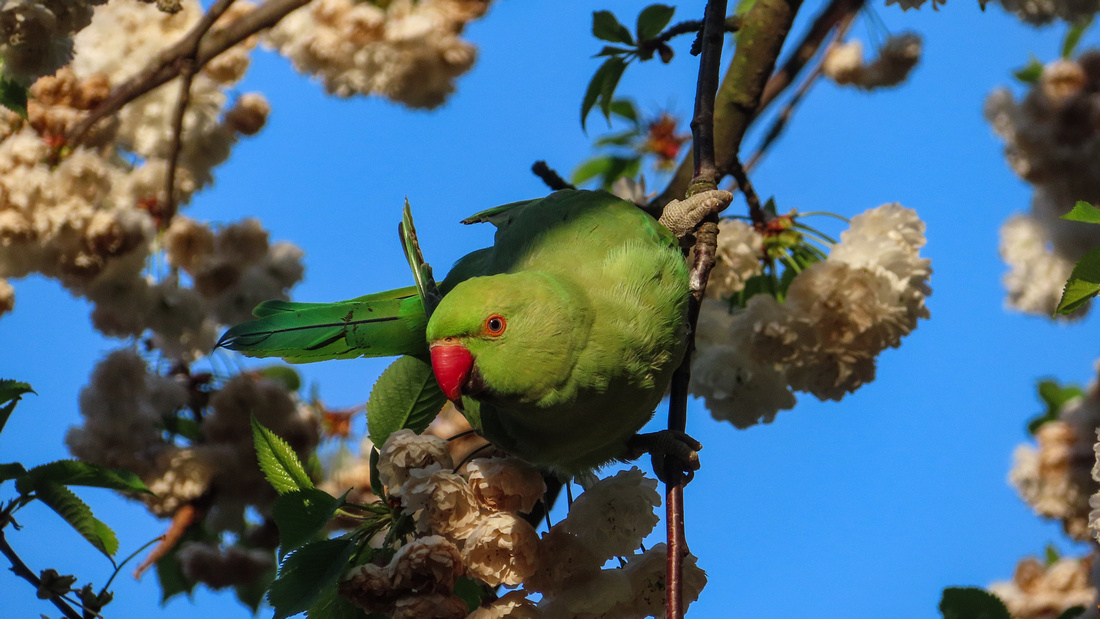 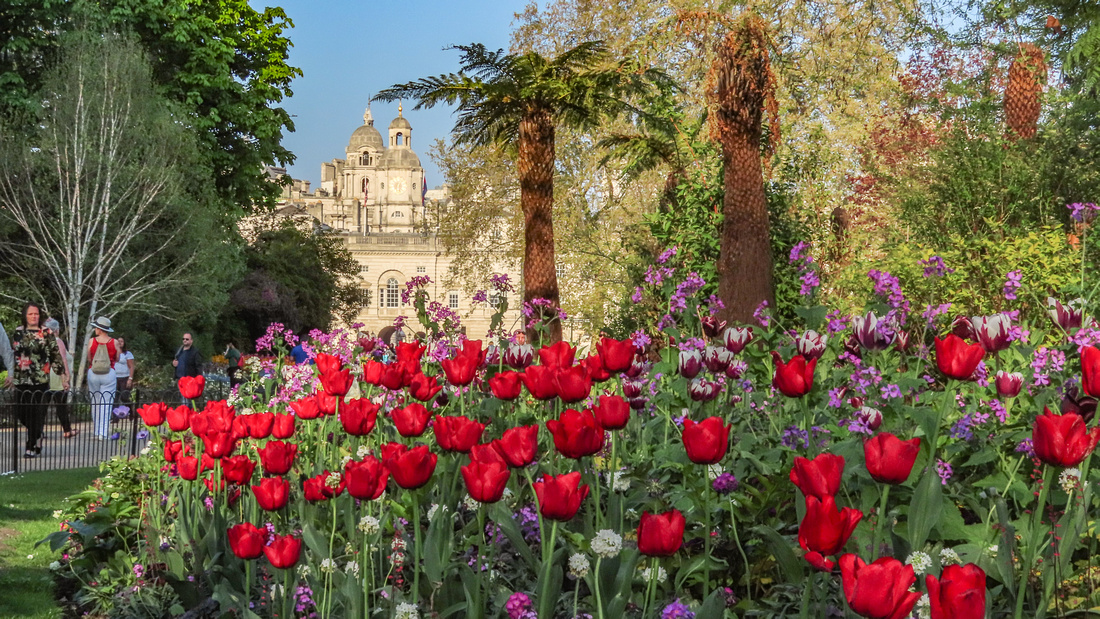 From Westminster, we took a boat and went down the River Thames for a day trip to Greenwich. We used our Oyster Cards and were pleasantly surprised to get 30% discount on the ticket. Great day on the river cruise and our commentator had a fantastic English humor. In Greenwich, we enjoyed the park with all the cherry blossoms and checked out the observatory. Greenwich is known for giving its name to the Greenwich Meridian (0° longitude) and Greenwich Mean Time (GMT). It’s from Greenwich that the east and west are measured. 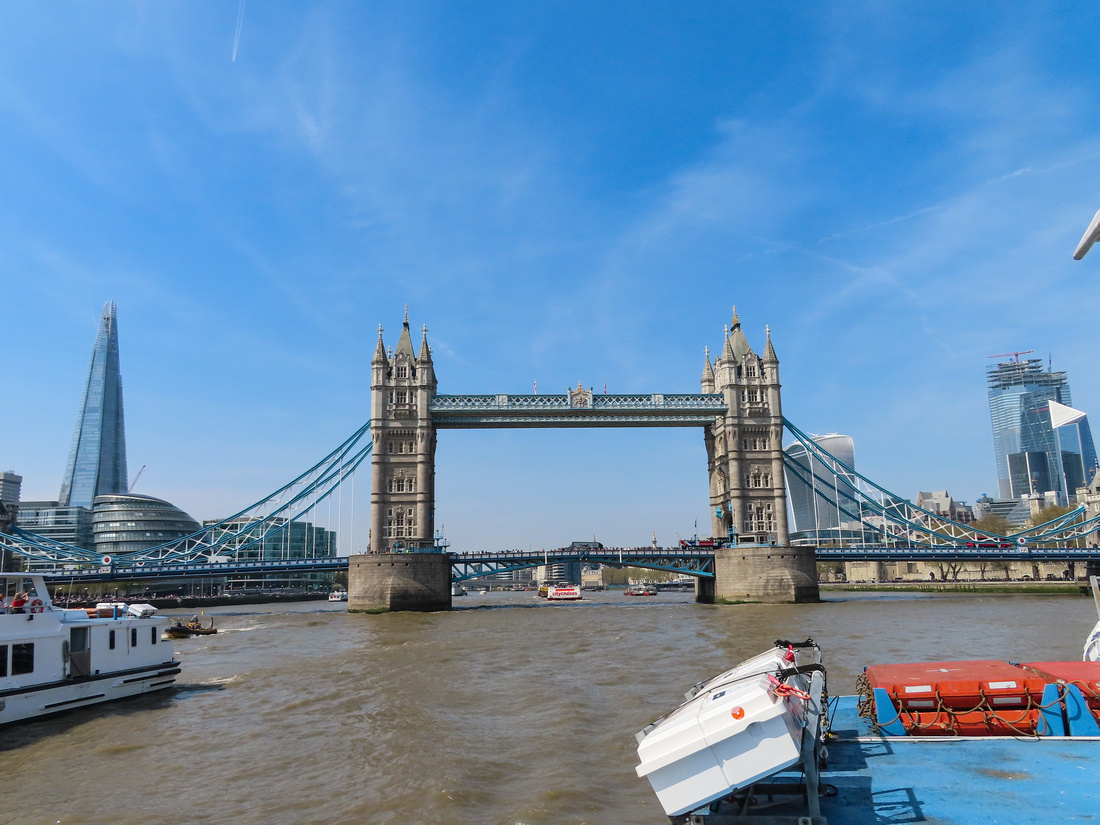 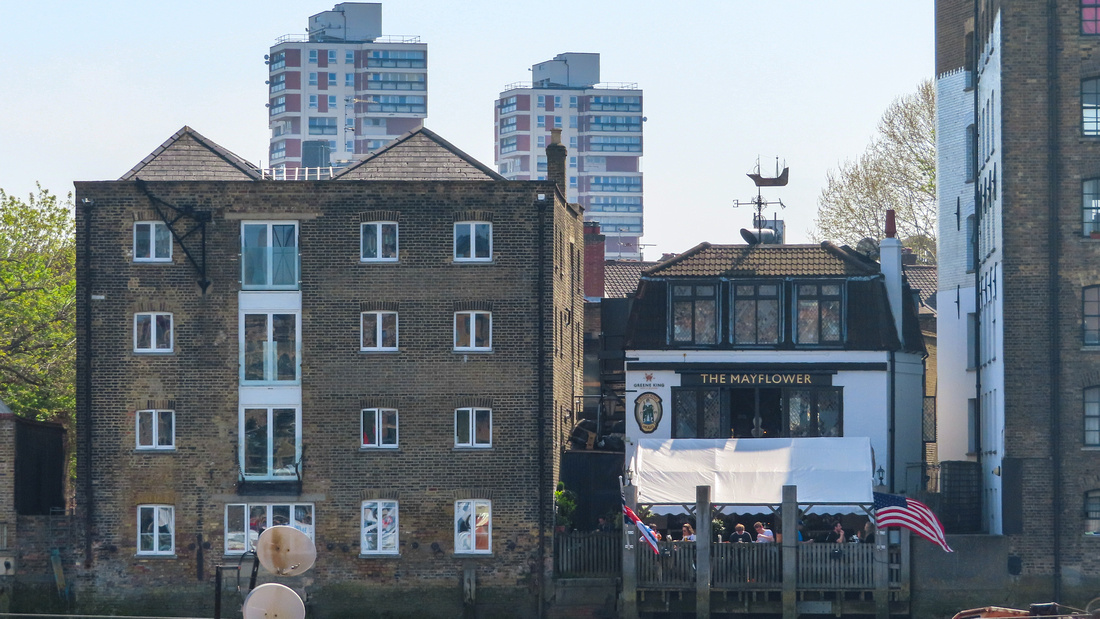 According to our Thames river barge guide the Pub has a list of the names of the pilgrims who embarked here. 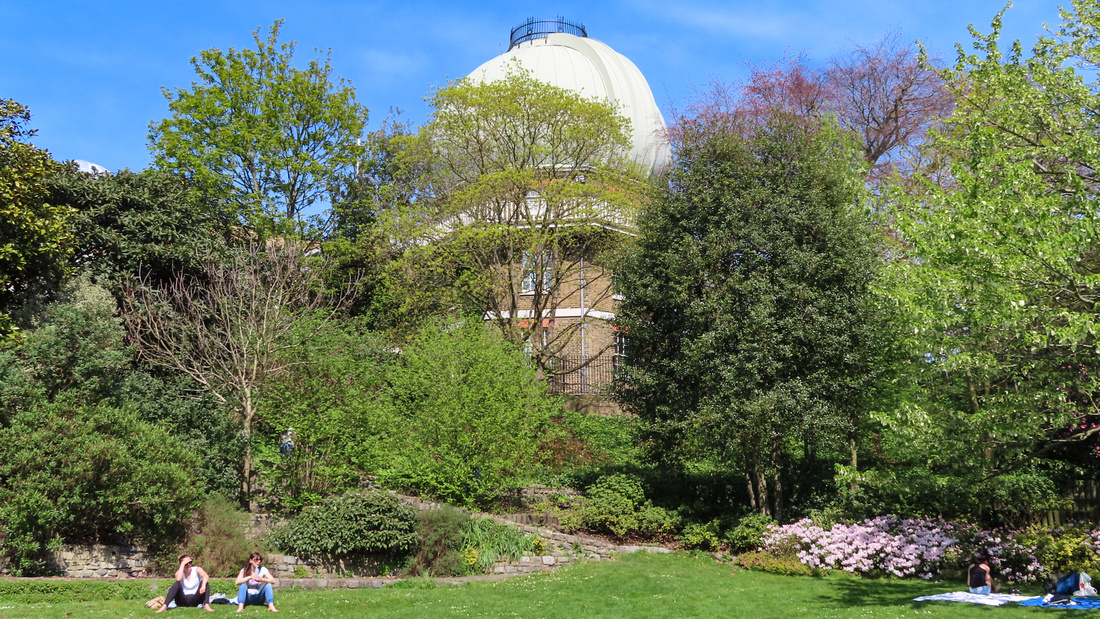 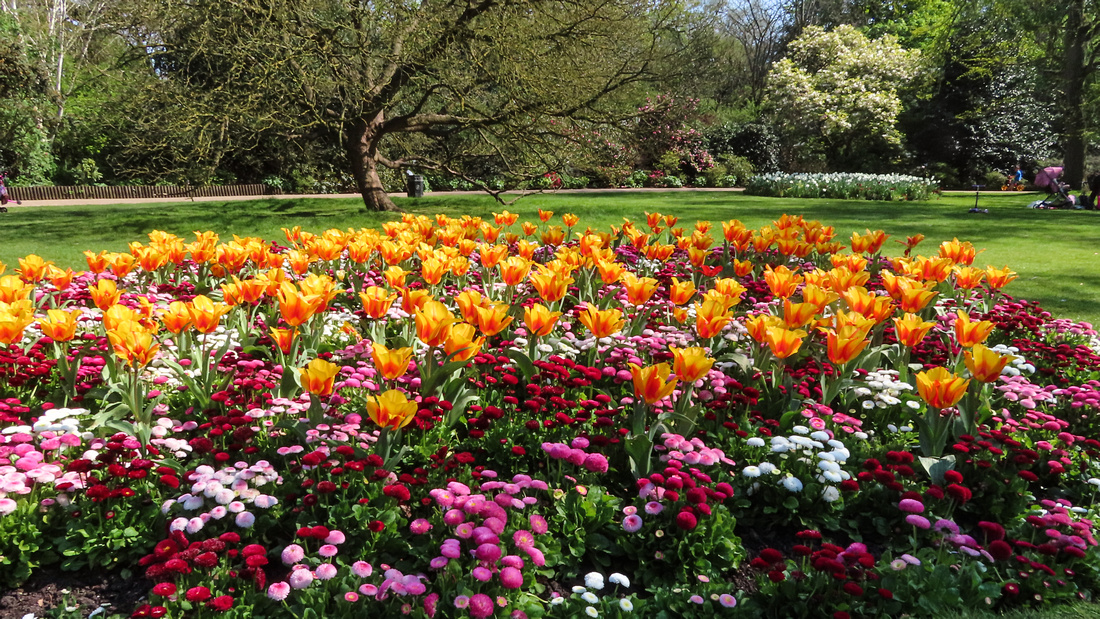 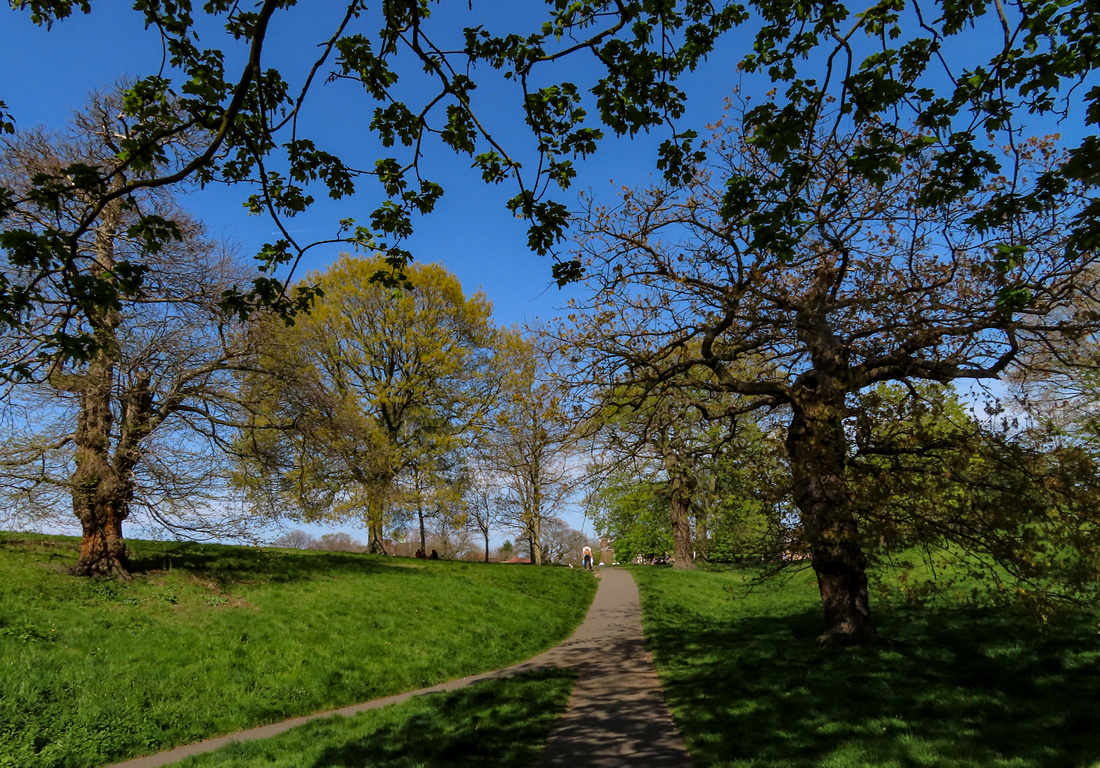 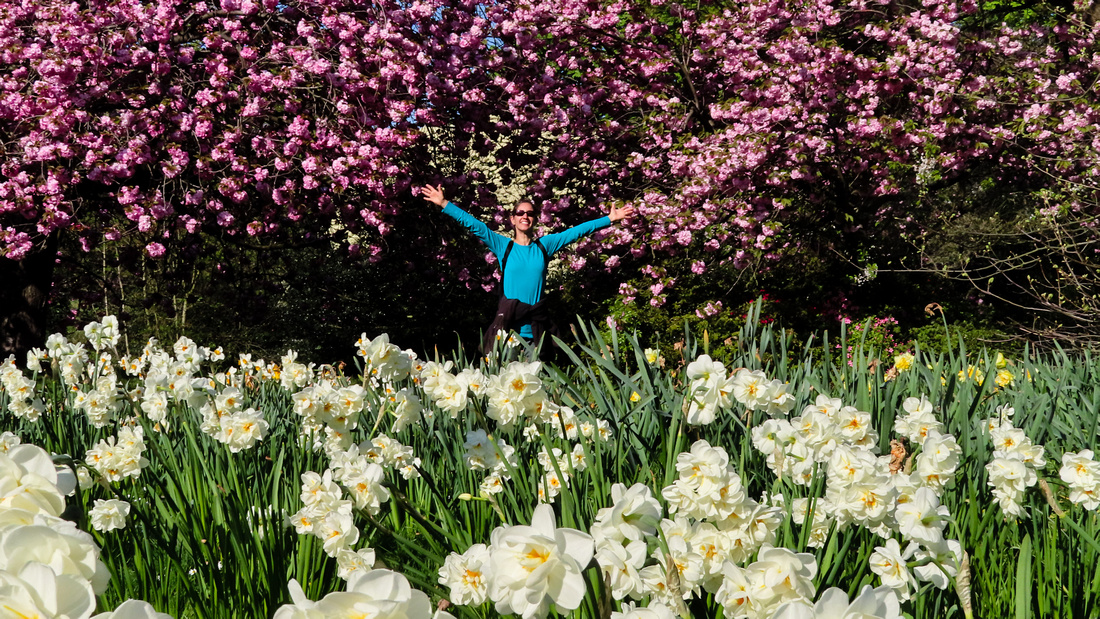 Also, in Greenwich is the original Cutty Sark, a British tea clipper built in 1869. It was one of the last clippers to be built and one of the fastest. It was only used for tea trade for a few years as steam ships and the opening of the Suez Canal – also in 1869, made it uneconomical. It was then used for wool trade with Australia and where it held the record speed to London for ten years. 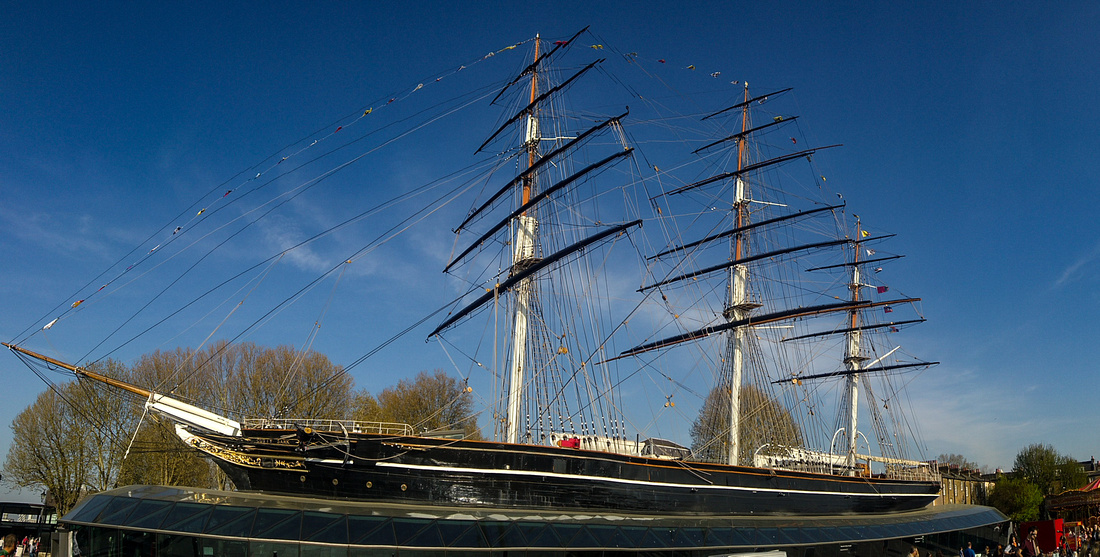 One thing we always enjoy in London are the Walking Tours. We find them informative, interesting and fun to learn some details and history about the places. We did two tours this time.

In Little Venice, we toured a wealthy neighborhood where many celebrities live. Most of the houses have been built between 1860 - 1880. Before the development, two hundred years ago there used to be sheep and cows. We also found out that there is about 4,000 miles of canals or waterways in the country you can travel on. 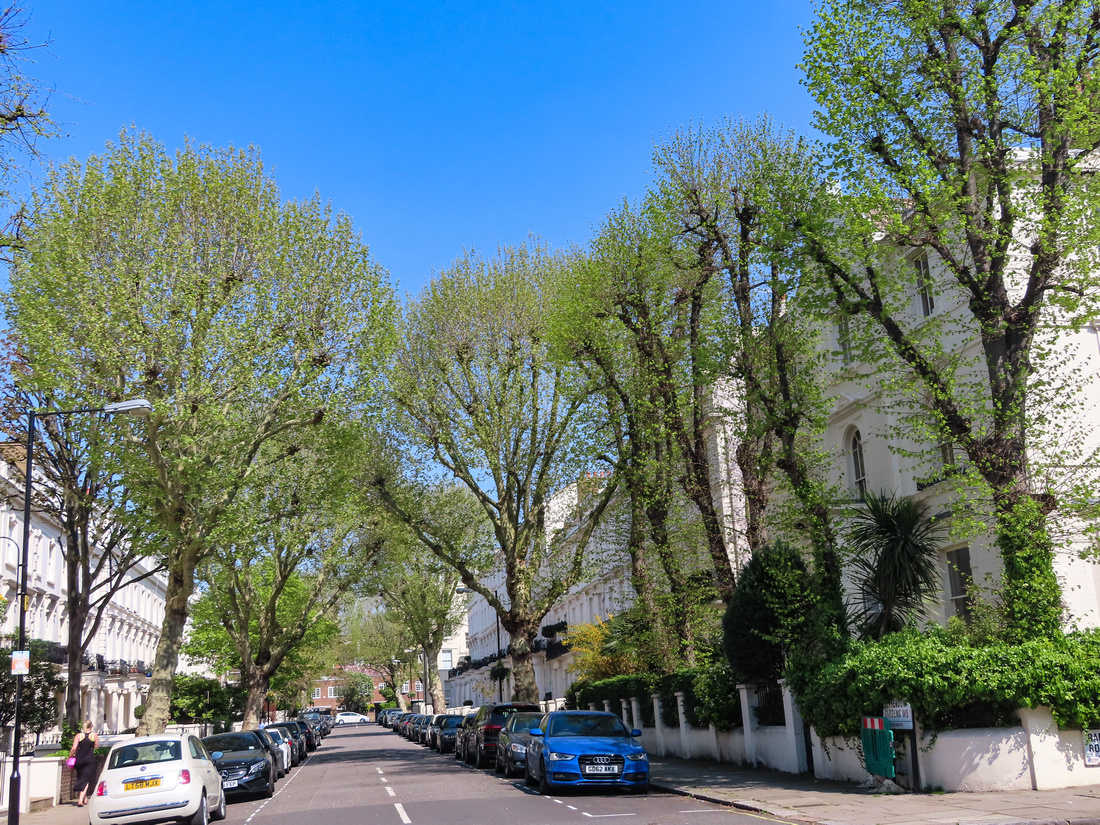 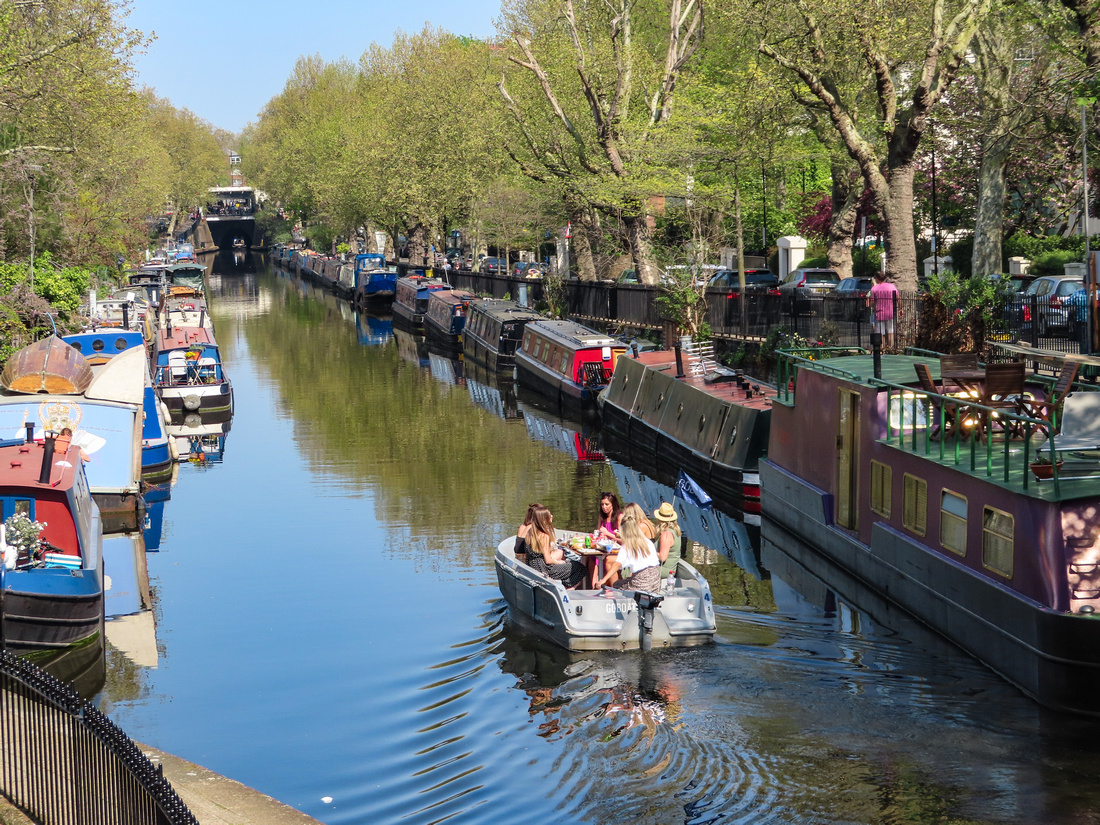 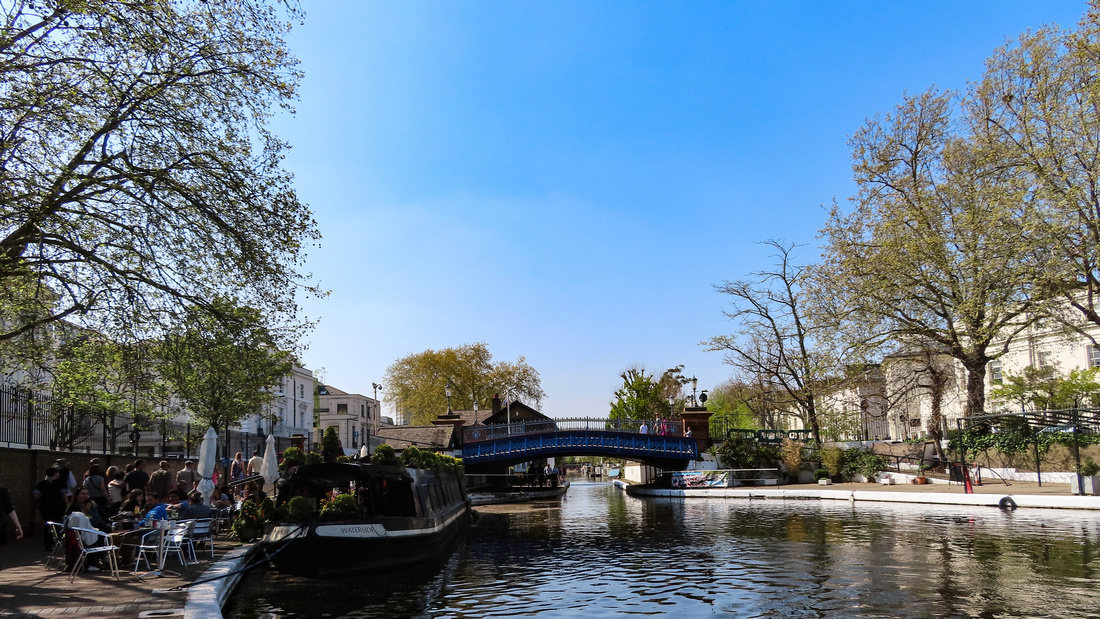 Perfect place for a pint 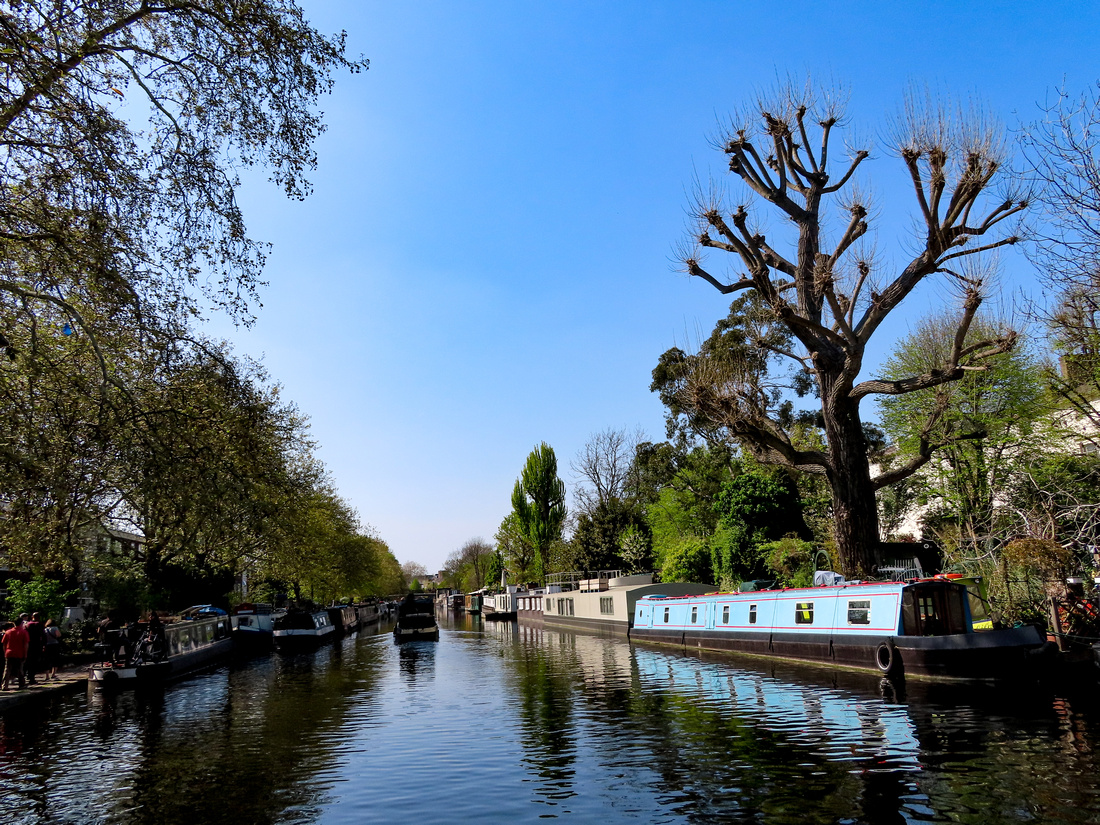 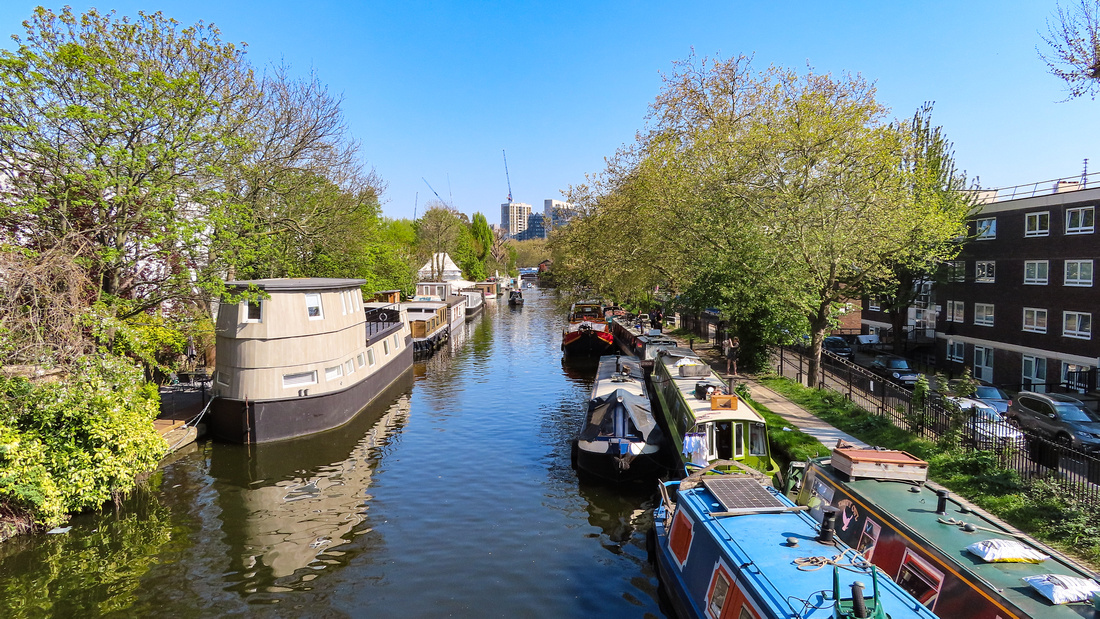 A room on the river?The brown boat on the left belongs to Richard Branson and apparently is possible to rent. 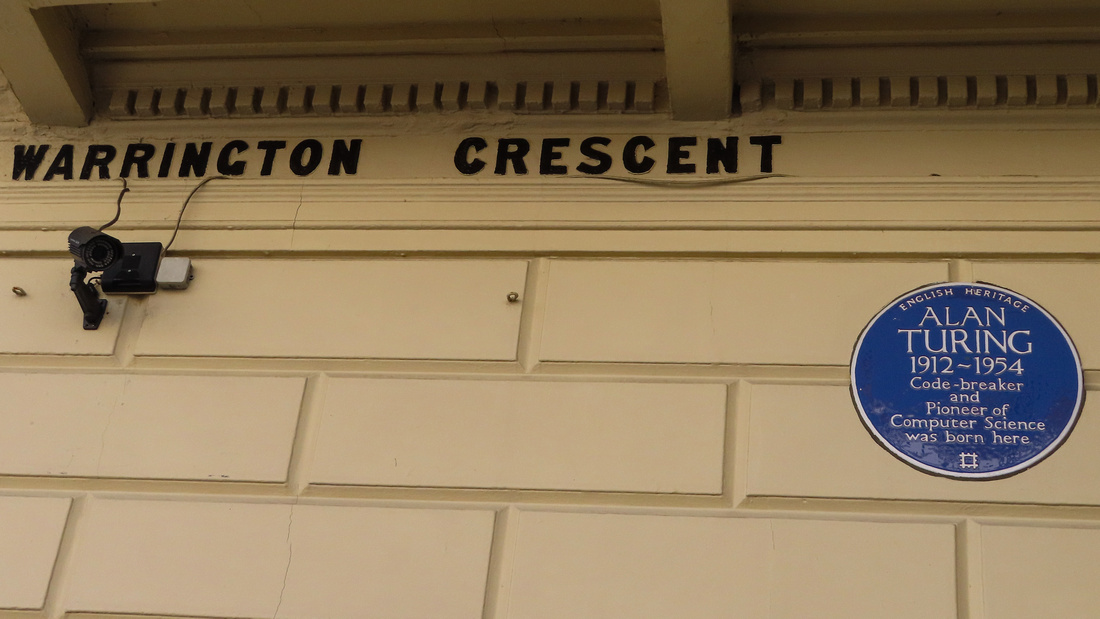 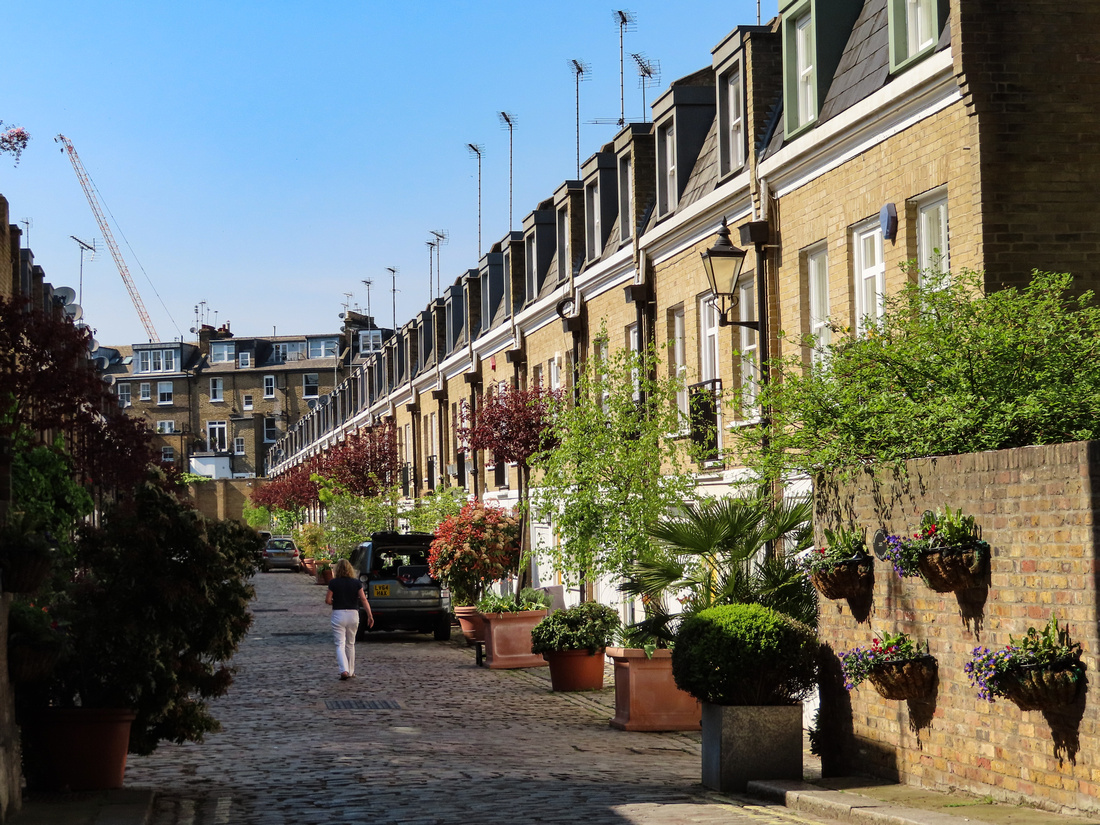 In the ancient, hidden village of Clerkenwell the oldest hospital in the country, St. Bart, was founded in 1123 CE by a monk. He took a pilgrimage to Rome and got sick. In his dreams, he saw St. Bartholomew and promised to open a hospital if he got cured. He was cured and he kept his promise. The monastery that was linked to the hospital is the only Romanesque style church remaining in London. 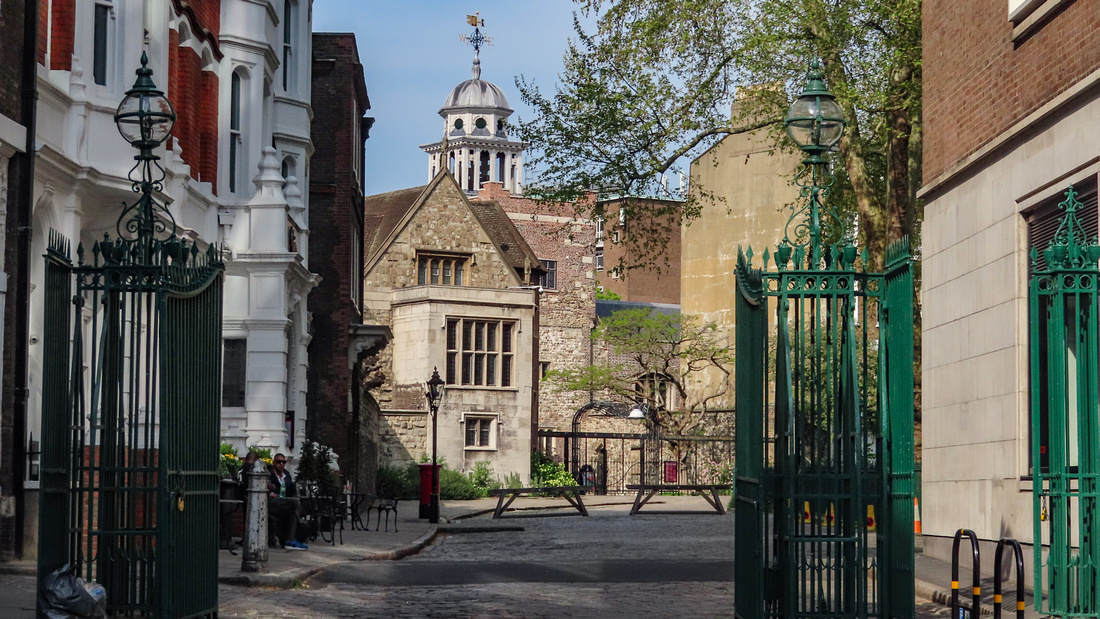 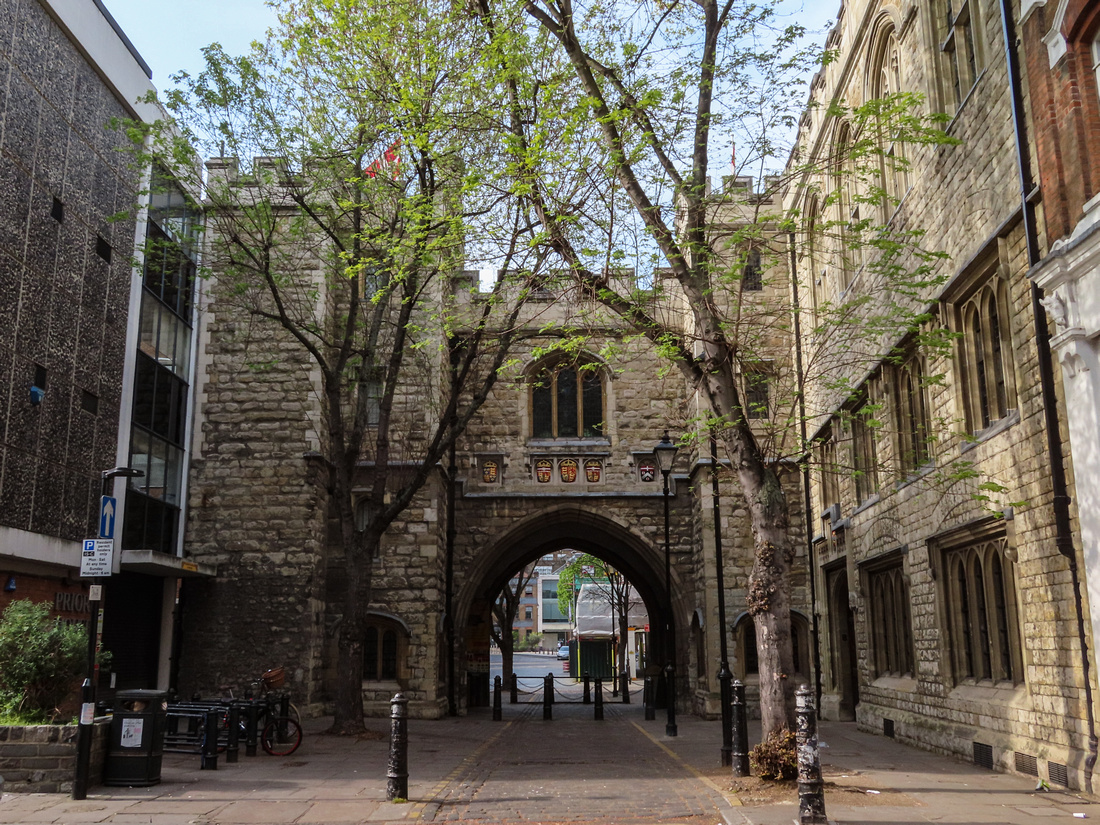 The tour ended at the Farringdon Station which was the terminus of the Metropolitan Railway, the world's first underground railway and one of the first underground station that connected the rural area to the city. The construction began in 1860 and was opened in 1863. Our guide pointed out that the last public execution in London was in 1868 so for five years you could take the tube to the spectacle.

During our walking tour, our guide informed us that the London Museum will be moved to Smithfield Market. The museum was already on our laundry list, so we made sure to visit.  Right next to the museum are some ruins of the old London wall built by the romans.  One interesting fact the museum guide told us was that the early wall was probably not built for fortification or defense but rather for having an entry gate so that the city could tax merchants coming in for trading. The roman settlement of Londinium was eventually left abandoned for 400 years and then finally resettled by Alfred I in 800 CE. 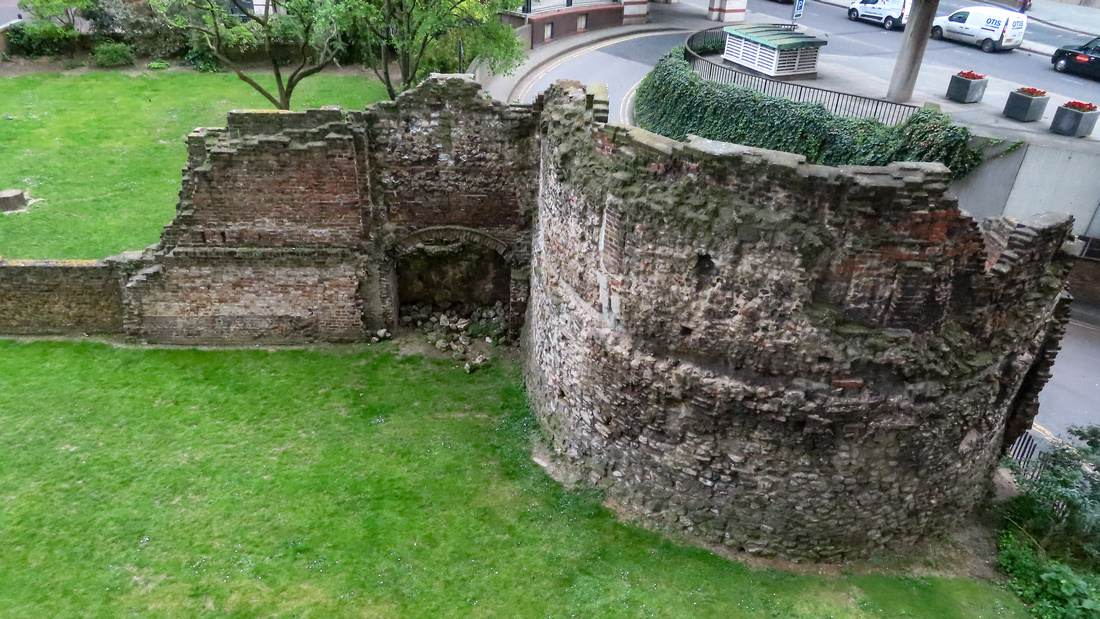 Another incredible institute in London is the British Library with a vast collection of rare documents. We saw some amazing pieces of history and original documents: The Magna Carta documents from 1215 CE, the first printed book by Gutenberg, manuscript from the Beatles, Mozart’s music sheets when he was 9 years old, the oldest collected New Testaments from 4th century, DaVinci’s notebook, letters from Gandhi, and so much more.

We are looking forward to be back and explore more in this amazing city.

* mousse over pictures for captions