The second day we arrived in Italy, we received confirmation that we will be cat sitting in Paris – in two weeks! Talk about quick planning. We cancelled our flight back home and bought a one-way ticket from Torino to Paris. Thank You, Diana for thinking of us for this opportunity to stay in Paris. 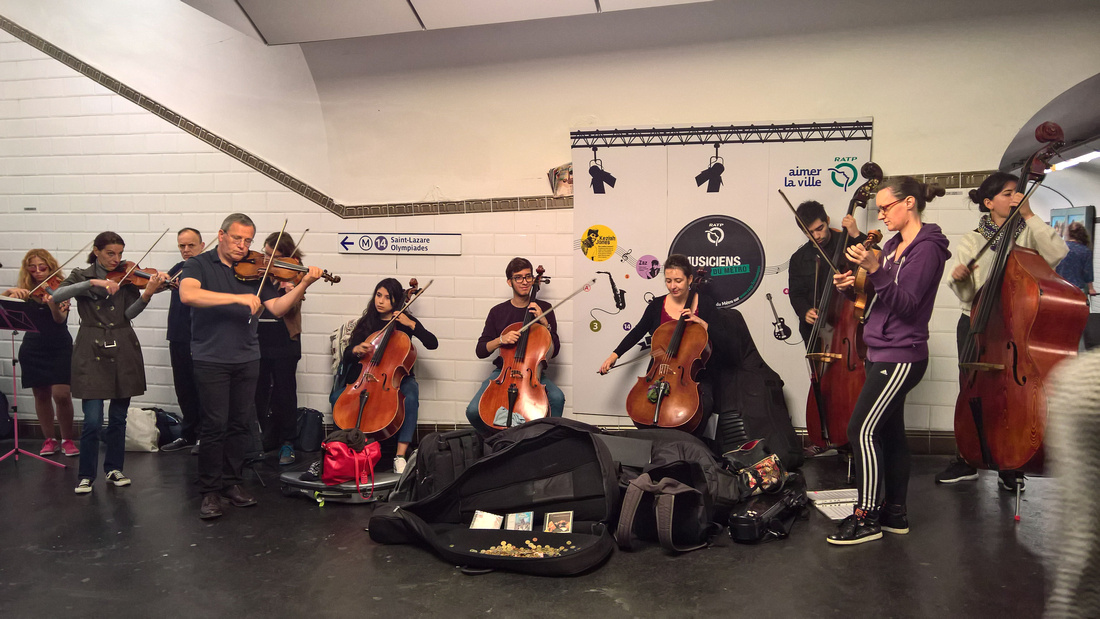 We were thrilled to be back in the City of Light - truthfully more excited to visit with friends then go sightseeing and that’s what we did. Of course, we saw some of the usual suspects, but we also tried to see a few new places. In addition we found out how many Parisians it takes to remove chewing gum from the street. Make a guess!  The answer is at the very end of the post.

Sunset over Pont Alexandre IIIEnjoying drinks with friends along the Seine

If you ever wondered why Paris is called the city of lights it is because it was the first city to install electrical arch street lights or “Yablochkov Candles” in the year 1878. In 1889 for the world exhibition thousands electrical lights lit up the city.  However, the street lights were not the main attraction at the exhibition, that honor fell to a large metal tower designed by Gustave Eiffel. The Eiffel tower was originally intended as a temporary exhibition piece and it was almost torn down and scrapped in 1909. But at the end it was preserved because it had become an important radio communication tower.  And there you have it, the perhaps most iconic candle in the city of lights still sparkles on the hour for all of us to enjoy. 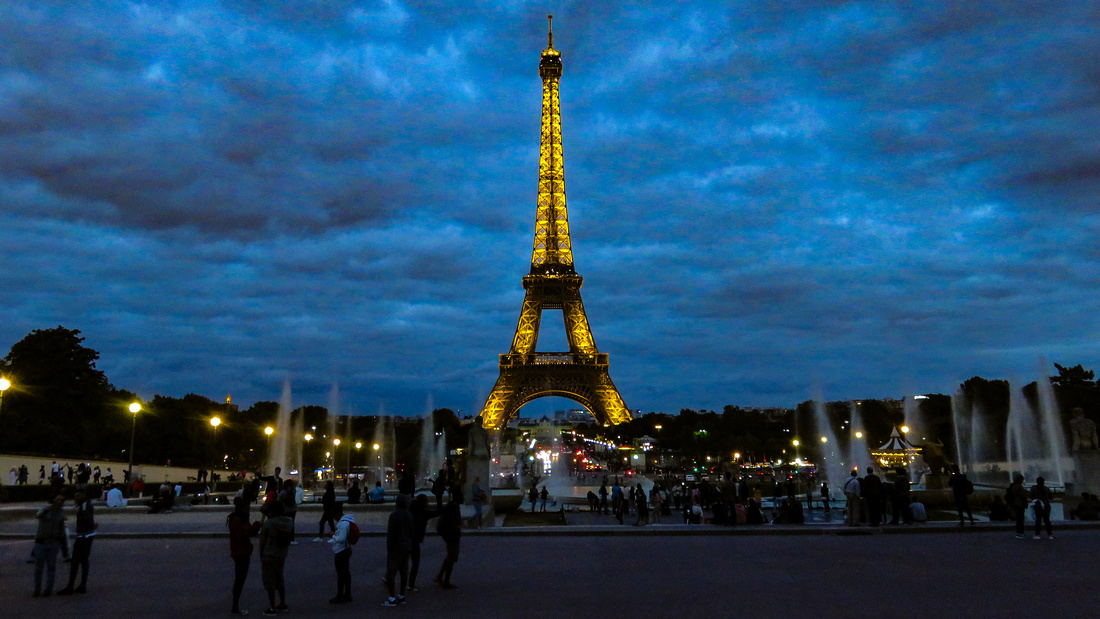 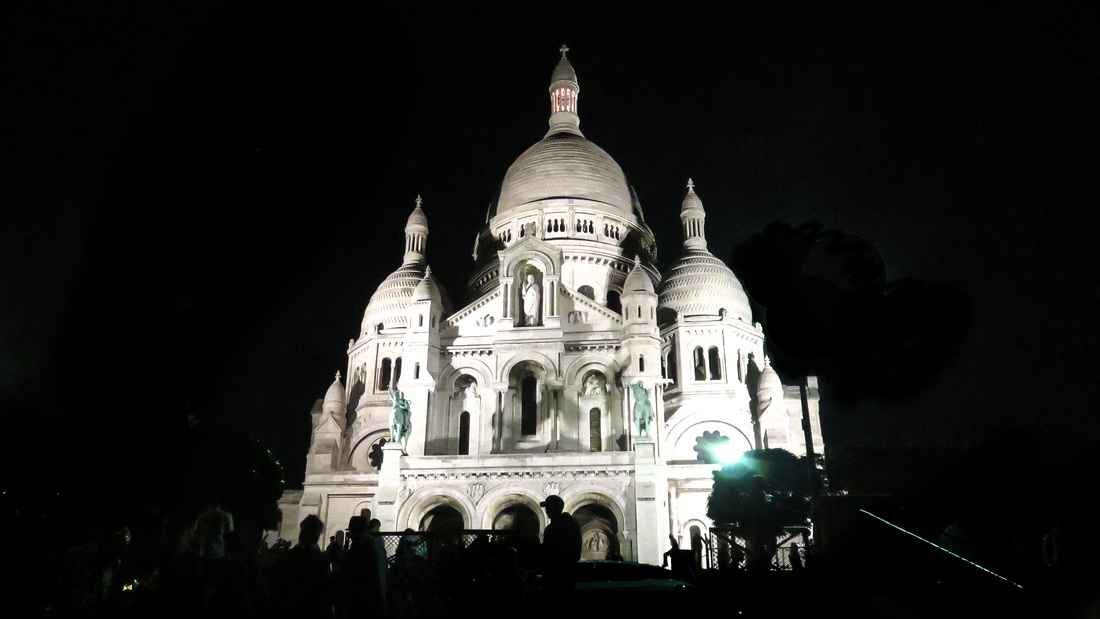 Sacre CoeurJust steps away from where we were cat sitting 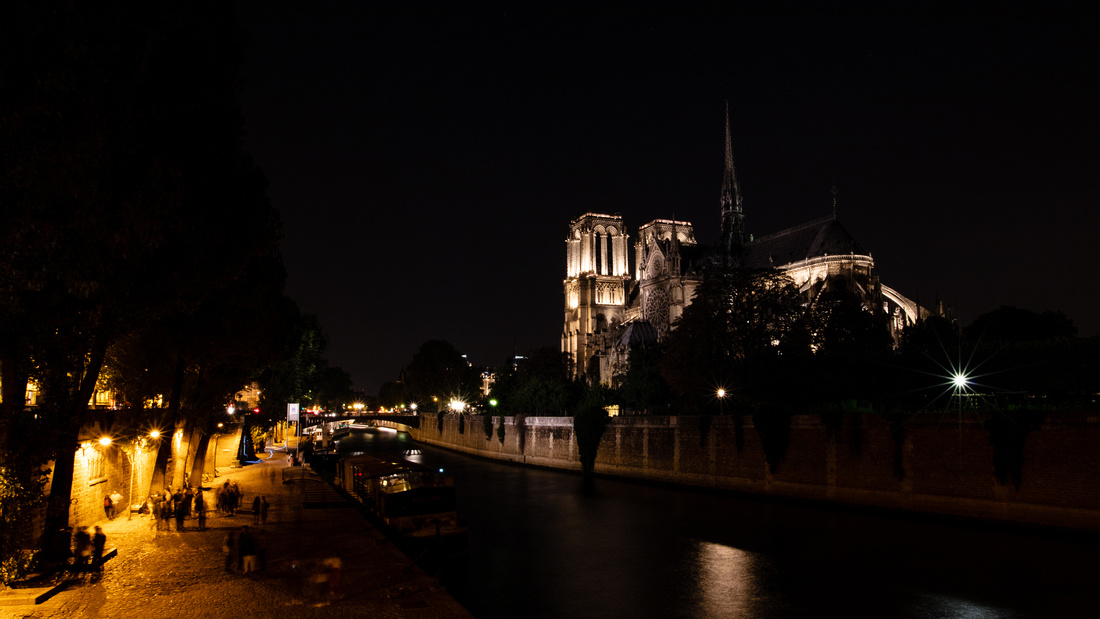 Notre DameLate night walking after tango by the Seine

We also learned that Paris is seeing a rise in urban beekeeping. They are estimating that there are more than 1,000 beehives on top of various building including the Opera Garnier. Paris has banned pesticides in public parks as a result the bees are flourishing. How wonderful is that! In case you are interested, the NY Times wrote about it. 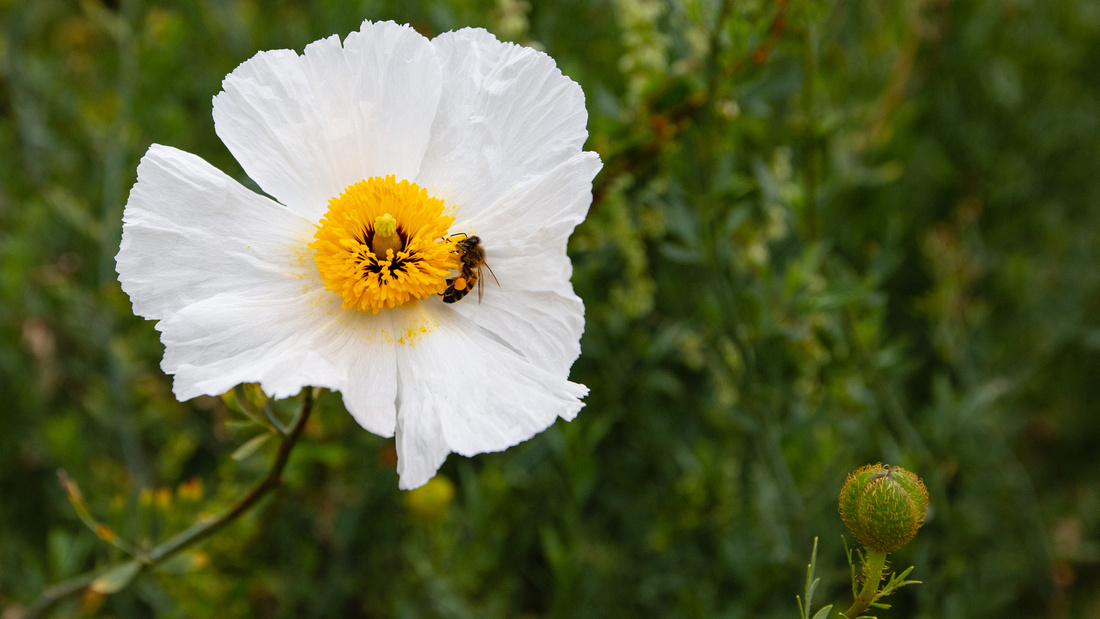 We were fortunate to spend our days with friends we have not seen in a long time including Vanessa’s  childhood friend and her lovely parents that she has known since she was 7; friends we met in Houston and are back in Paris now; and a friend from Portland that happened to be in France at the same time. 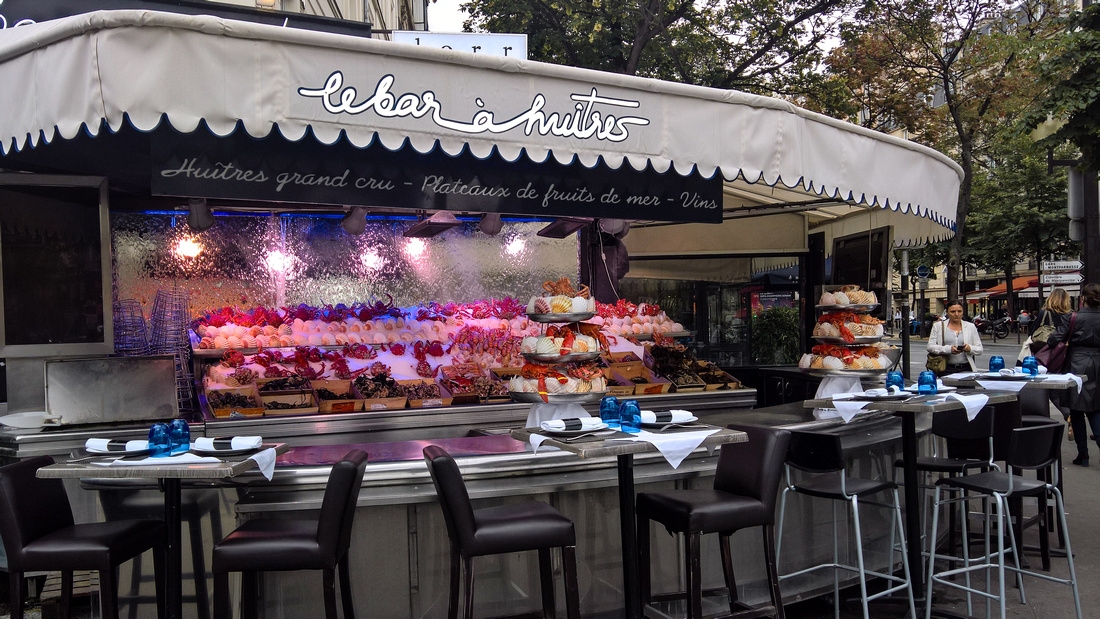 One day was fully spent in Provins with Vanessa’s childhood friend Manueline and her son Yann. Provins is one of the best-preserved medieval towns in France. It’s just a 1.5hrs southeast of Paris from gare de l’est and perfect for a day trip. During its peak times in the 1200s it was the 3rd largest town in France and an important center for trade. It declined when the trade routes changed and the merchants no longer were protected by the counts of Champagne. After the black plague it fell into oblivion and was preserved. We climbed the Caesar Tower (named after Julius but he never came here), checked out the museum, the barn with wax figurines displaying life in the middle ages, the underground that is still in use today and watched a show with eagles and other magnificent bird. 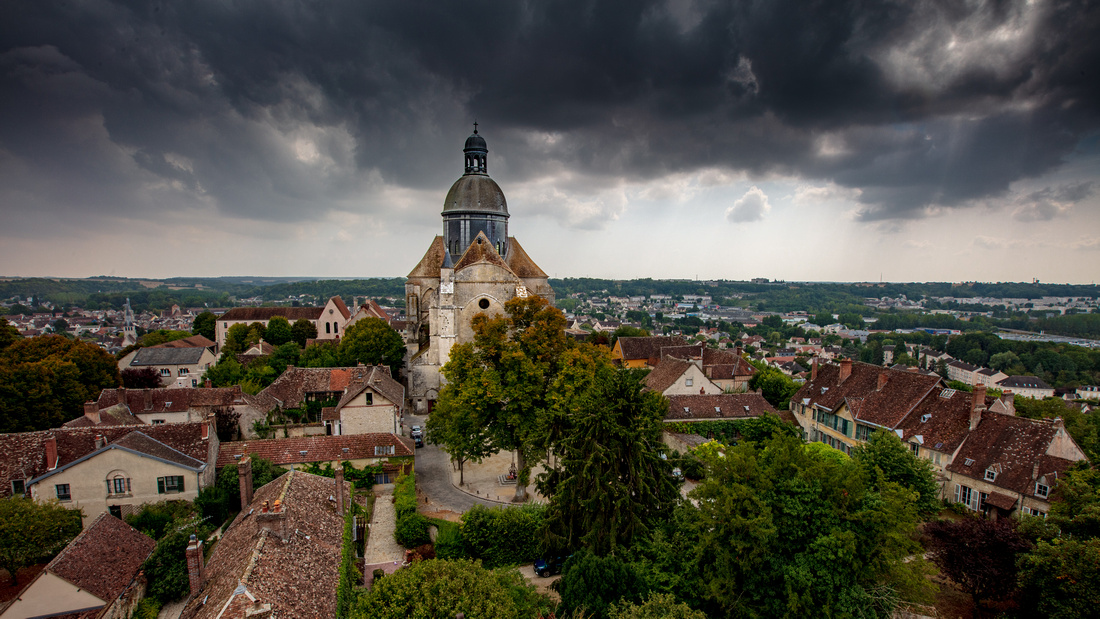 ProvinsView from the Caesar tower 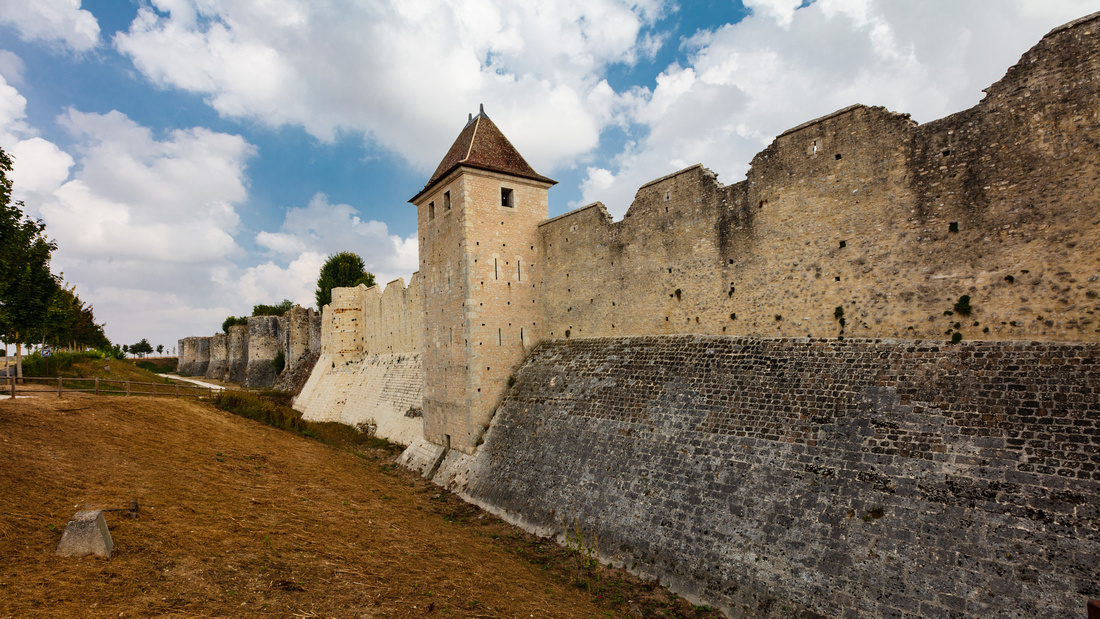 The WallWe could walk part of it 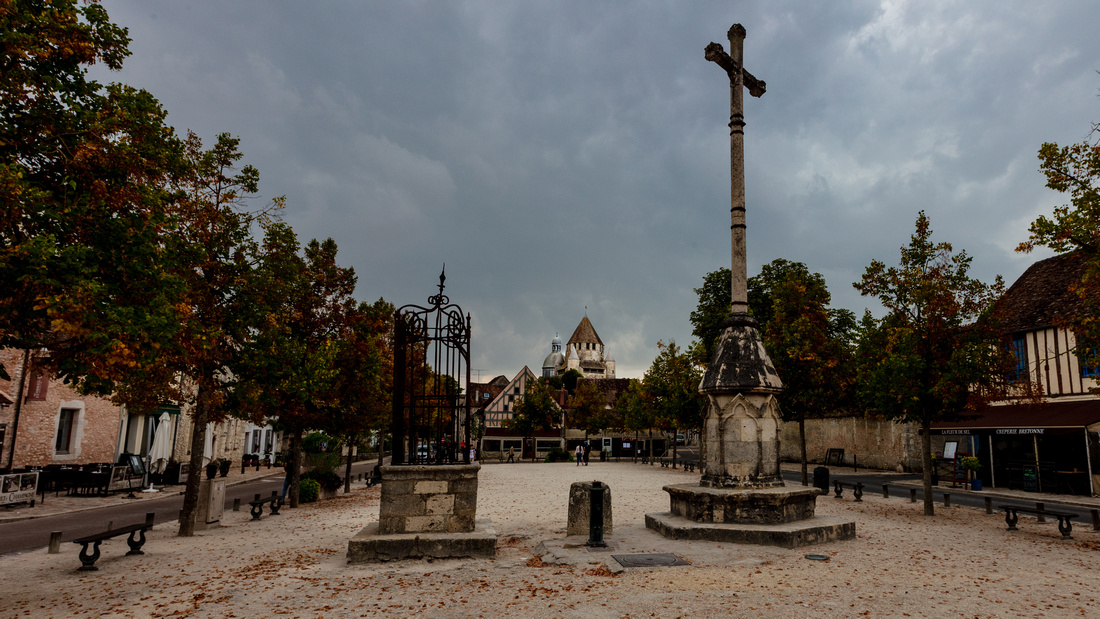 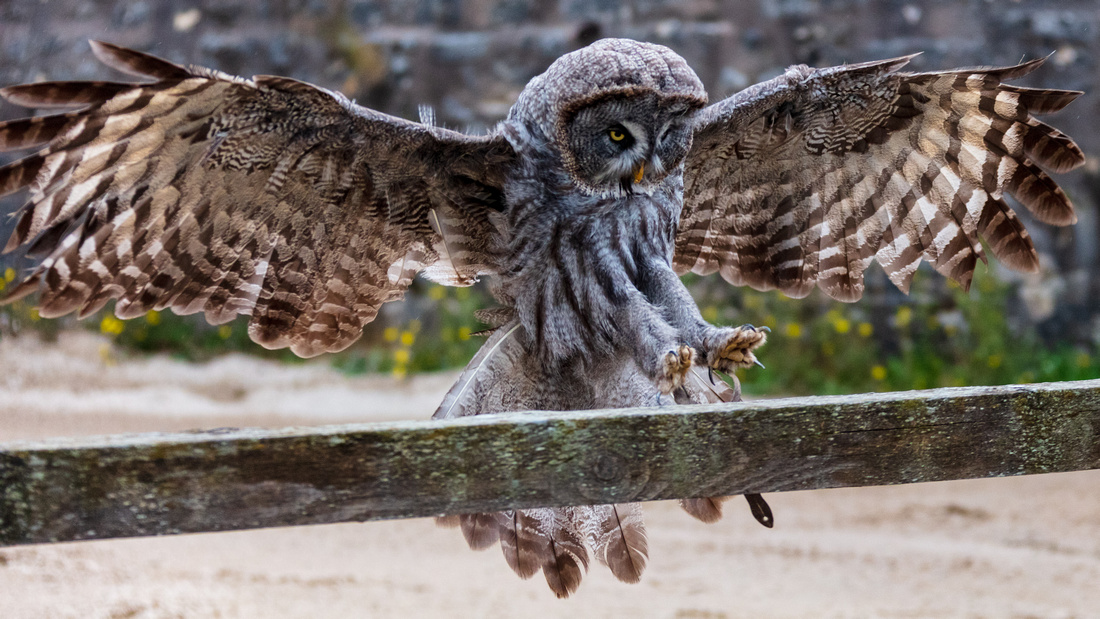 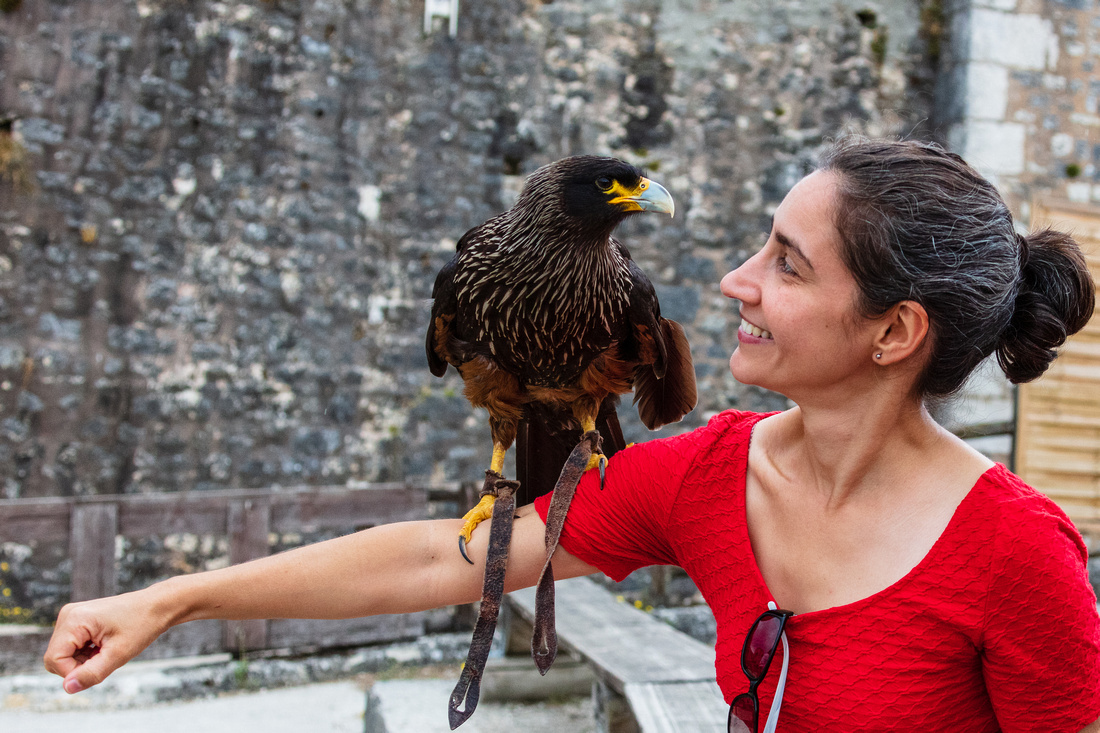 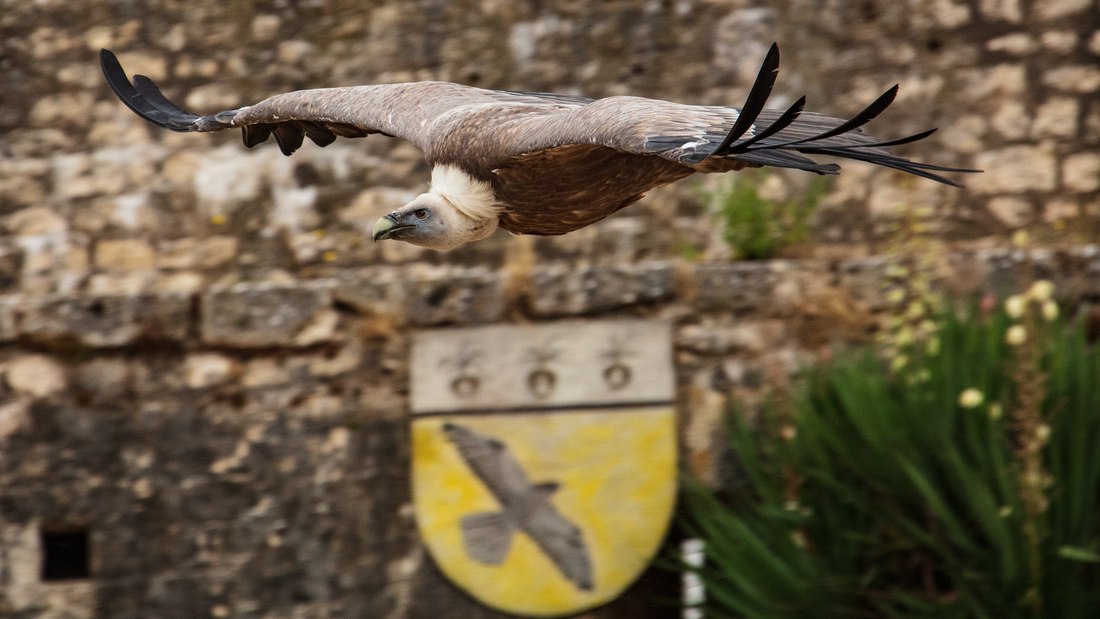 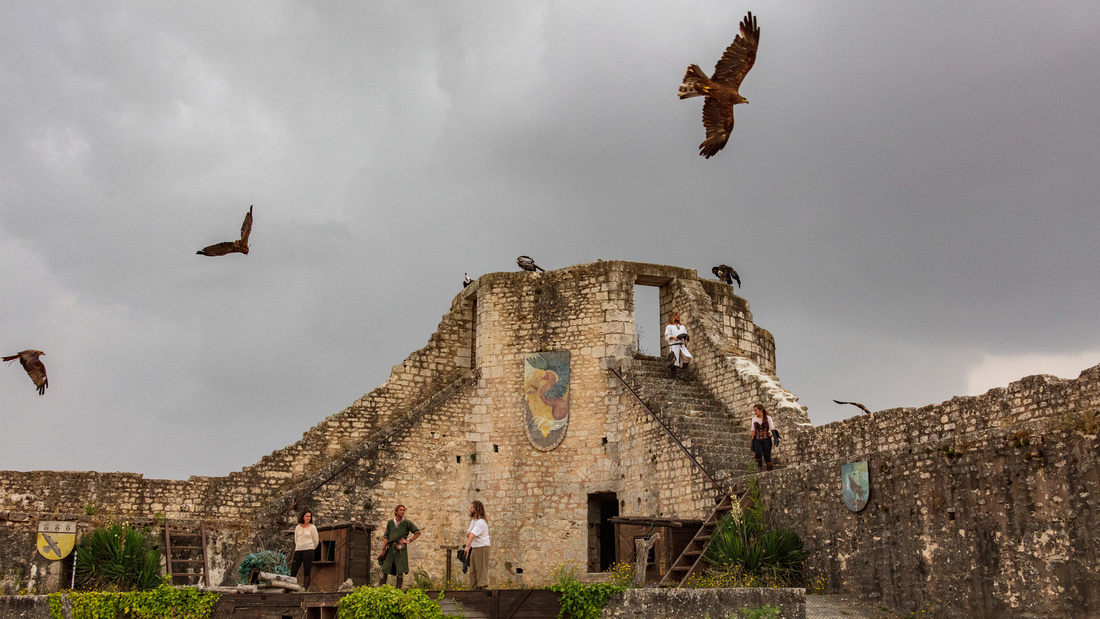 In Paris, we discovered a couple parks that have become our favorites. One - la Coulée Verte René-Dumont or Promenade Plantée was inaugurated in 1993 and it is a 4.7 km elevated park build on top of an obsolete railway infrastructure, which was originally used to bring goods in to Paris. This park influenced the making of the High Line in NYC. Two - le Jardin des Plantes, also known as a Botanical Garden. It was founded in the 1600 as a royal garden for medicinal plants and also houses the Natural History Museum, a small zoo, a botany school.  We enjoyed a pleasant walk, learning about various plants, smelling some flowers and getting a tour with Lucile who used to go to school nearby. 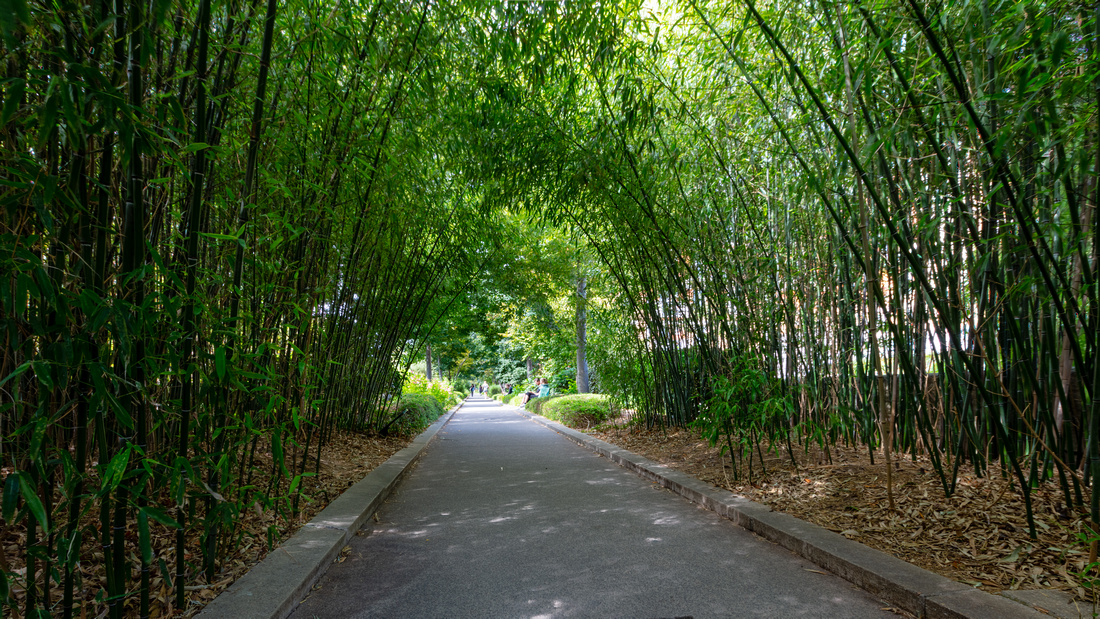 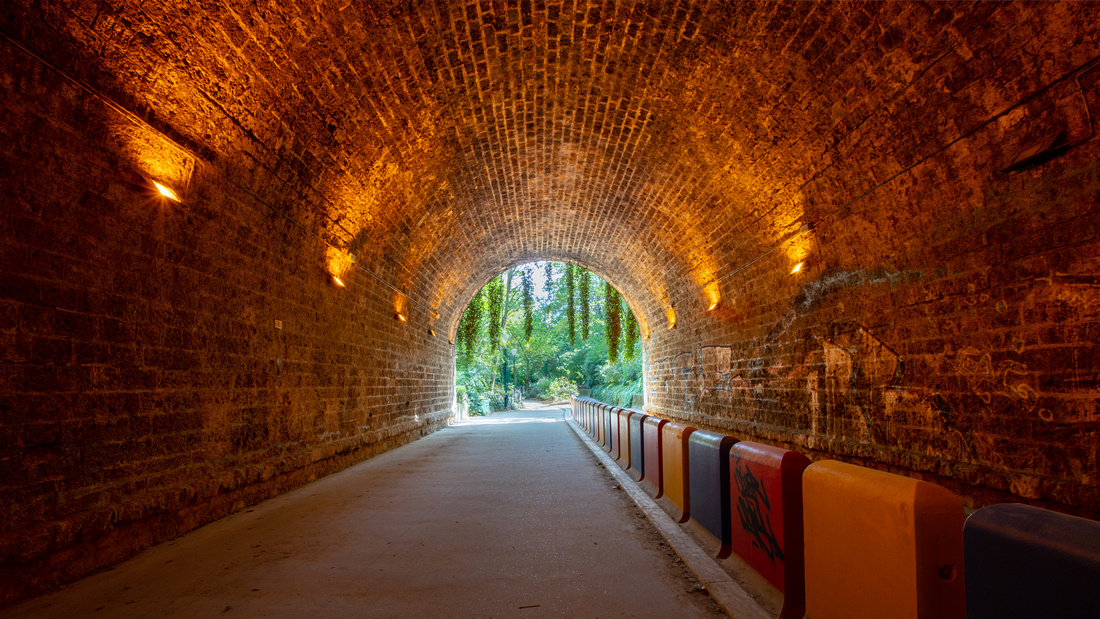 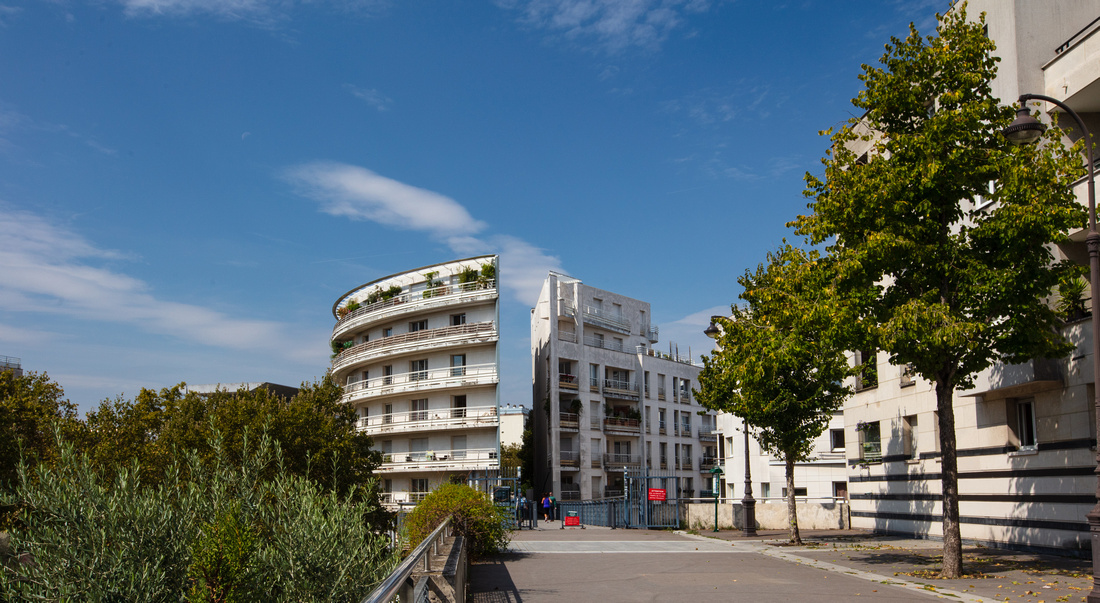 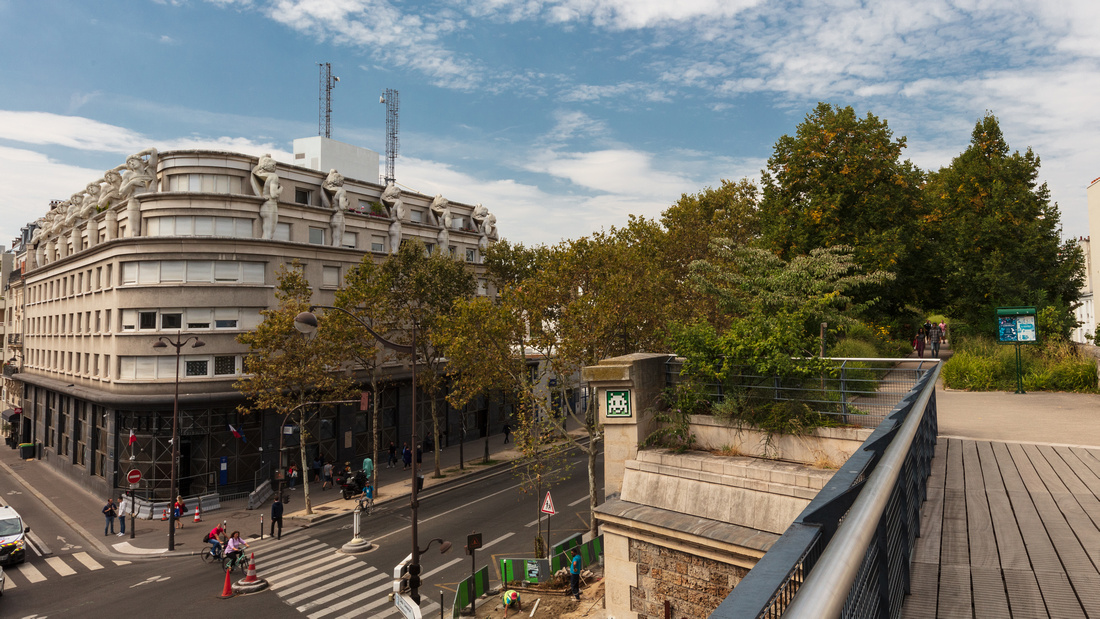 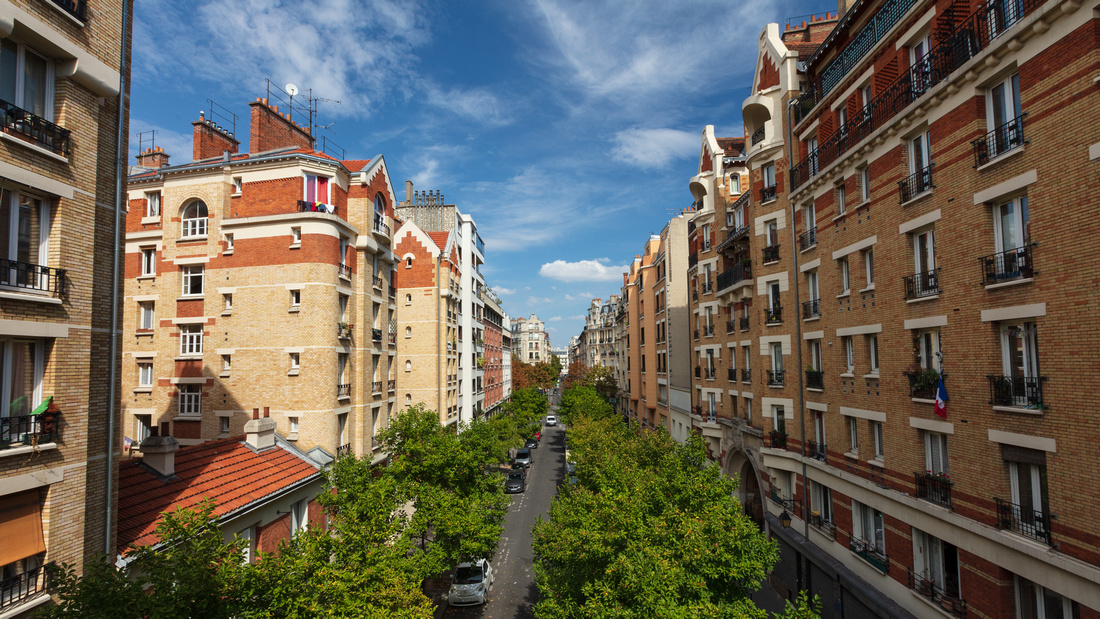 We also did a quick visit to Pere Lachaise cemetery, almost a city in itself populated with dead people some of them famous. 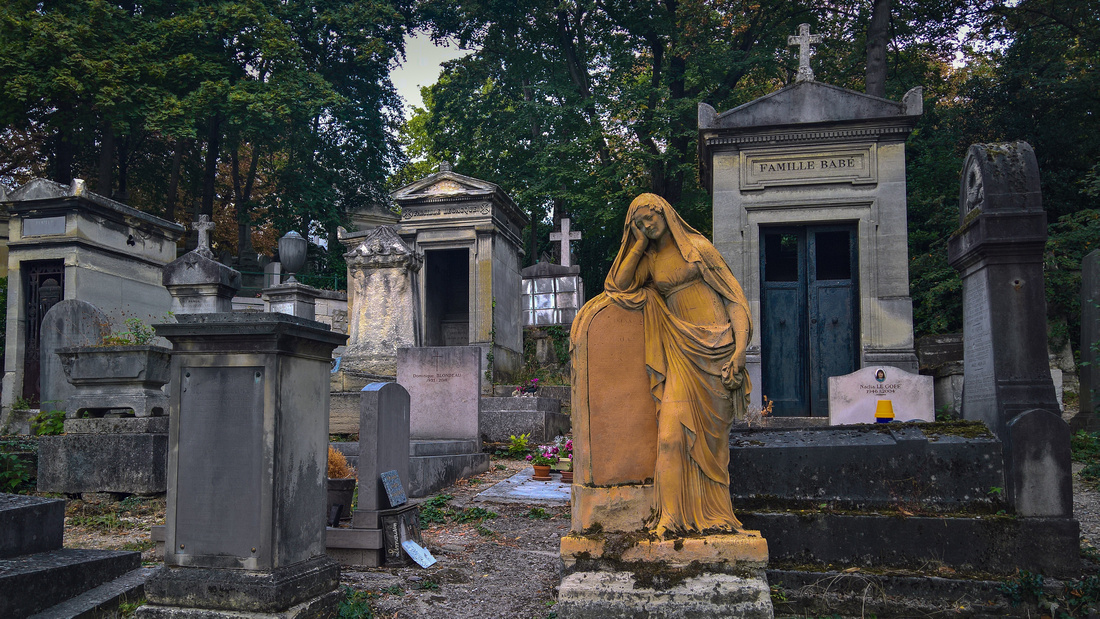 On a couple occasion we got to enjoy the Jardin de Luxembourg. It was within a short walk from Sanae & Carl’s place who kindly housed us until we started the cat sitting. The garden is owned by the French senate which meets in the Palace. It was Marie de Medici that commissioned to build the palace and the garden. It’s beautifully well maintained and you can see lots of status, fountains but most importantly, you can just grab a chair to enjoy this oasis in a busy city. There are plenty of places to sit in the sun and in the shade. 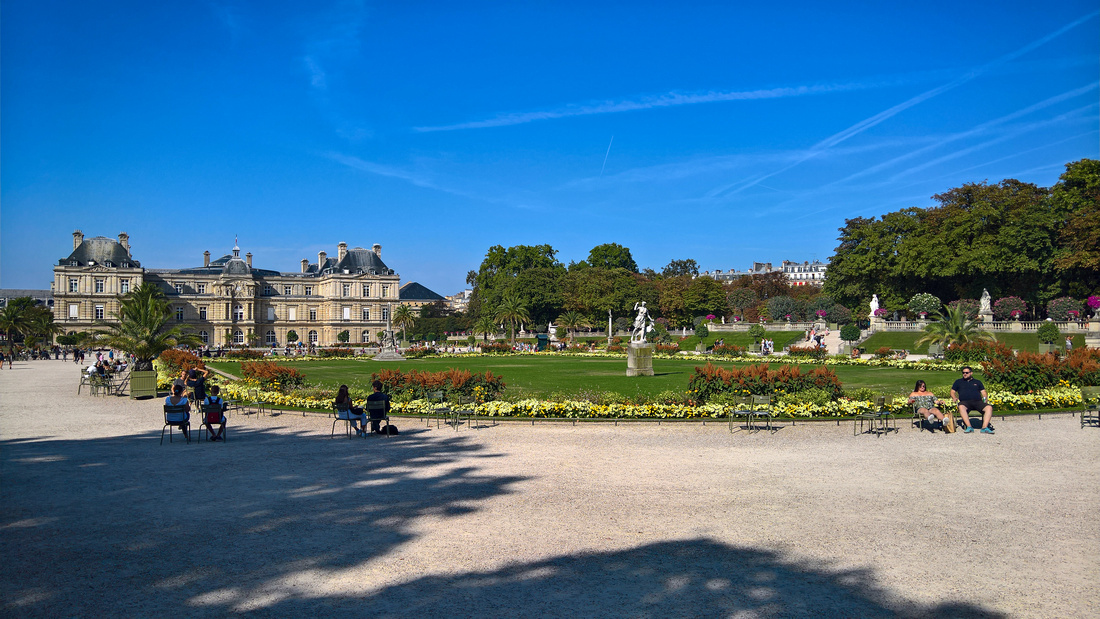 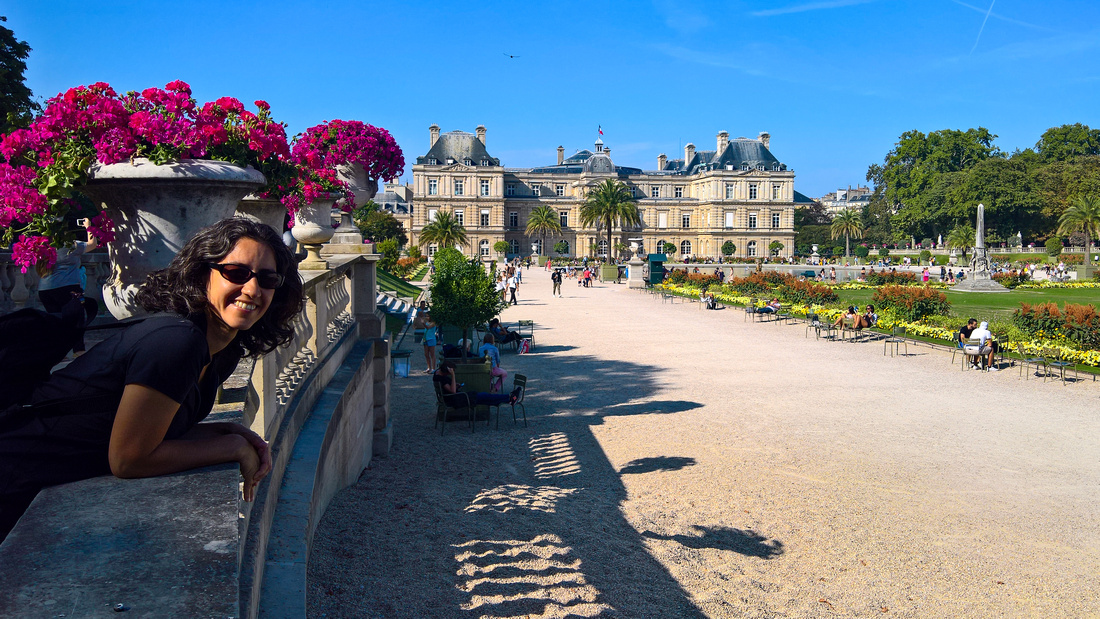 Another highlight of being in Paris was the delicious home cooked meals we got! Cheers to childhood friendship who are like family. It was a true pleasure to see them again after all these years. They delighted us with good conversations, delectable food, and as always good times.

We definitely hope to be back again sooner rather than later.

* Mouse over pictures for caption 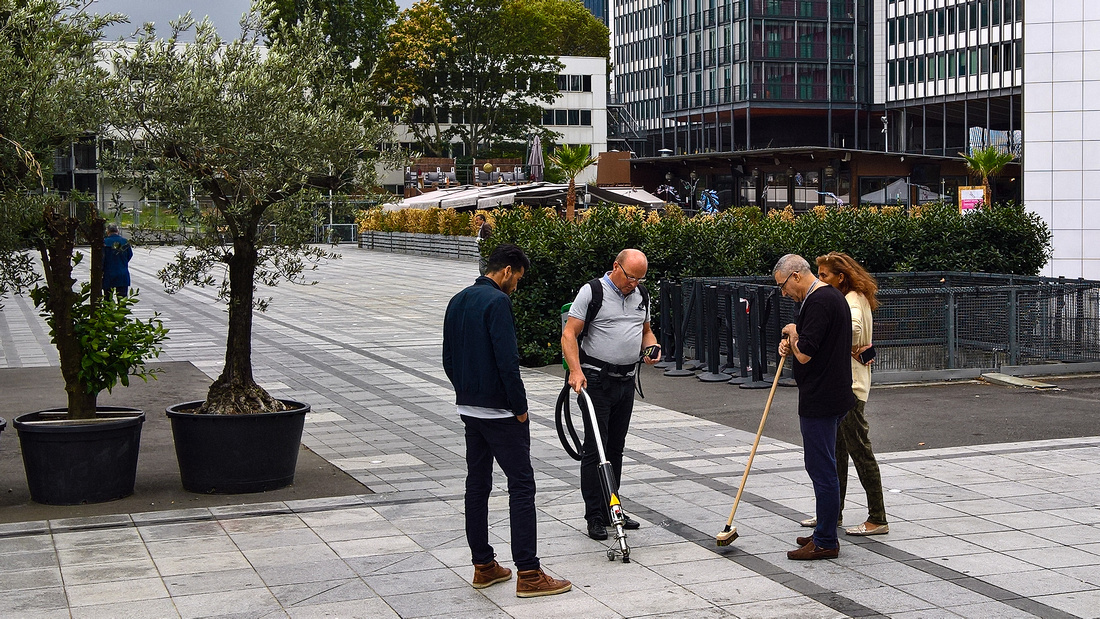 FourOne to work the machine, one to brush and two to keep them company.

Andreas(non-registered)
Some great pictures as usual! I wish I could take as poignant pictures of my travels, but they don´t turn out as well. Great to get some inspiration, and I hope your further travels will be good as they have been so far.
I'm in Paris myself right now, for a couple of days only, for work, so not much sightseeing...
Randolph Sellars(non-registered)
Great photos as usual. How lucky to be able to hang out in Paris for two weeks in such a wonderful location. Another great leg of your fabulous journey! So happy for you.
Kristin(non-registered)
Thanks for sharing your joy in Paris! The stories and beautiful images brought up my own joy while staying there with Randy, and my first visit back in the '70's. Love the people, special energy, and now another reason to love it- THE BEES!!! Vanessa, did the eagle claws leave their mark?
Greg(non-registered)
Thank you for the wonderful tour of Paris! Excellent photos as always, especially of the birds and bee.
Dominique Chastres(non-registered)
Excellent pics of Paris (and Provins as well). I would have loved to see more (but you are very right not to overload your online share). You are obviously talented travelers! Kind thoughts and kisses.
No comments posted.
Loading...
Recent Posts
Sun sets on our travels! Sayonara Japan Along the Seto Inland Sea, Japan Osaka, Japan A week in Taiwan Vietnam - Hanoi & Tam Coc Thailand, the land of smiles Midsummer in Sweden Buenos Bergen, Norway Baustelle & Stau - Road Trip to Germany
Keywords
Argentina Sweden Osaka Buenos Aires Chile Asuka Danjiri Fushimi-Inari Kendo Kofun
Archive
January February March April May June July August September October November December
© Terralinda
Powered by ZENFOLIO User Agreement
Cancel
Continue