After a couple weeks in London full of fun activities, we came to Sweden’s countryside and enjoyed some down time with Soren’s parents. Two weeks later, mid-May, we borrowed the car and made the drive down to Denmark. It took us 11 hours on the road to reach our destination. The drive was beautiful, and we saw many fields of rapeseed blooming with their bright yellow flowers. Today, rapeseed is used to make biodiesel, margarine, animal feed, and bioplastics. 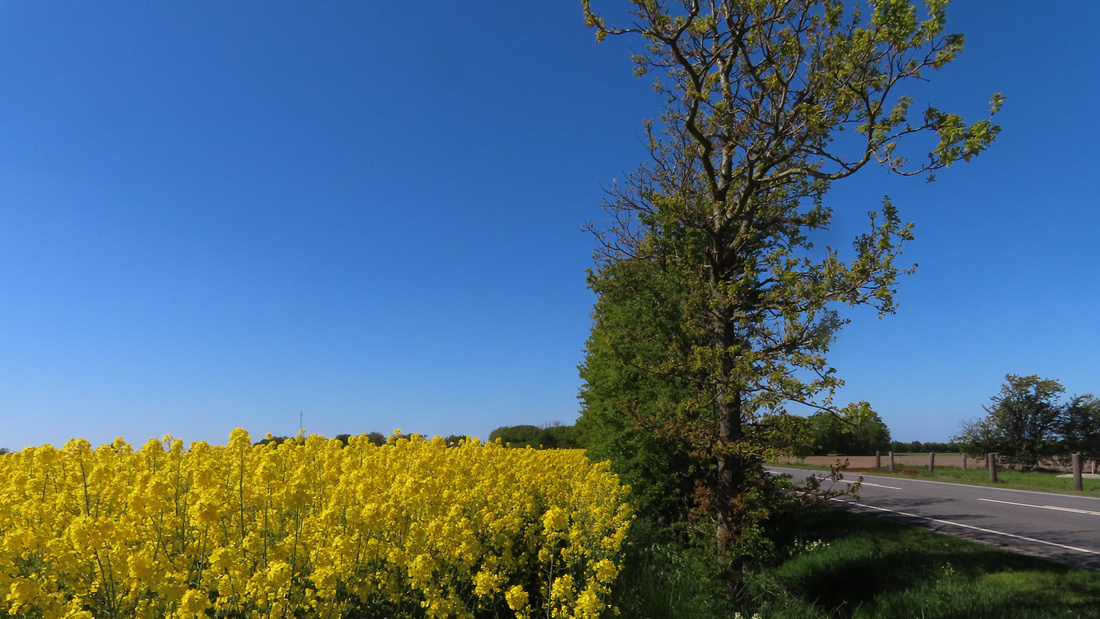 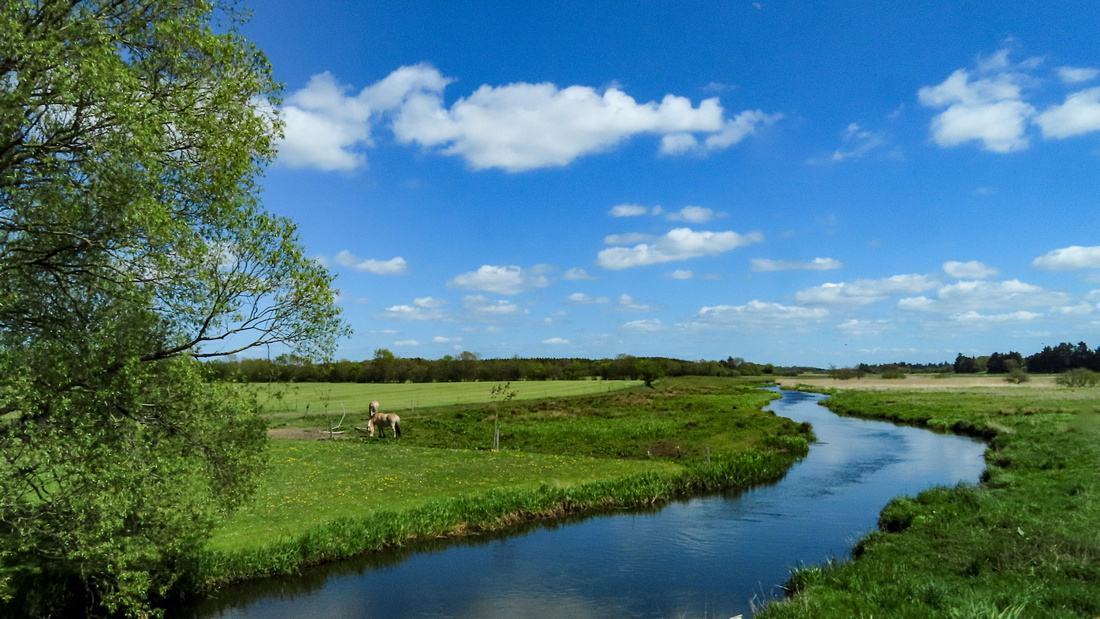 After a couple of days of adjusting to our new home, we went to visit Sune and his family in Vejle, in the southeast of the Jutland Peninsula. Sune and Soren went to High School together and travelled a lot together in their younger years. We enjoyed a sunny afternoon walking along Vejle’s waterfront and see the newly built Fjordenhus which was designed by the Studio Olafur Eliasson (founded by Danish-Icelandic artist Olafur Eliasson). The building is the headquarters for the Kirk Kapital, a holding and investment company – think Lego family. The public can access the ground floor of the building via a small bridge. It feels like walking into a large sculpture with openings to the water and a view of the harbor. 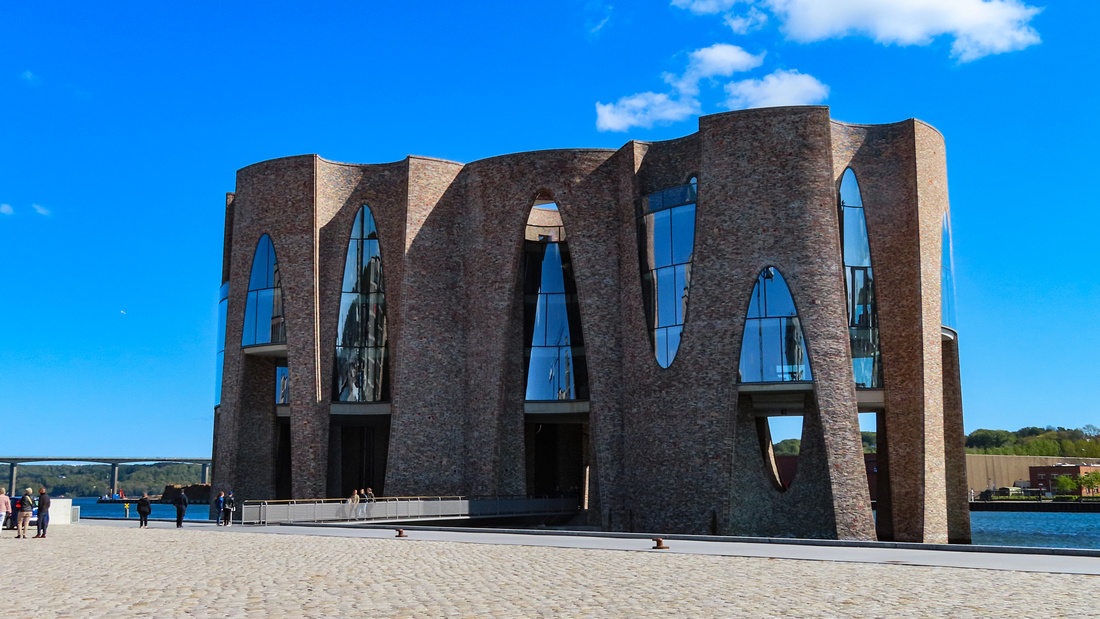 FjordenhusMade from the Lego Money tree 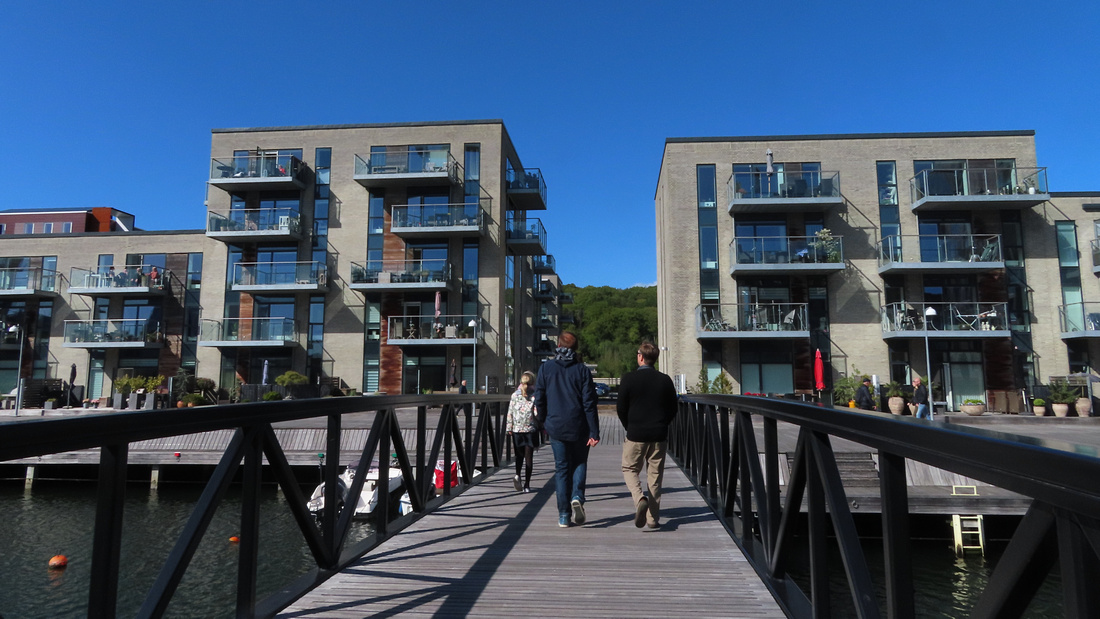 Condo's by the harbor 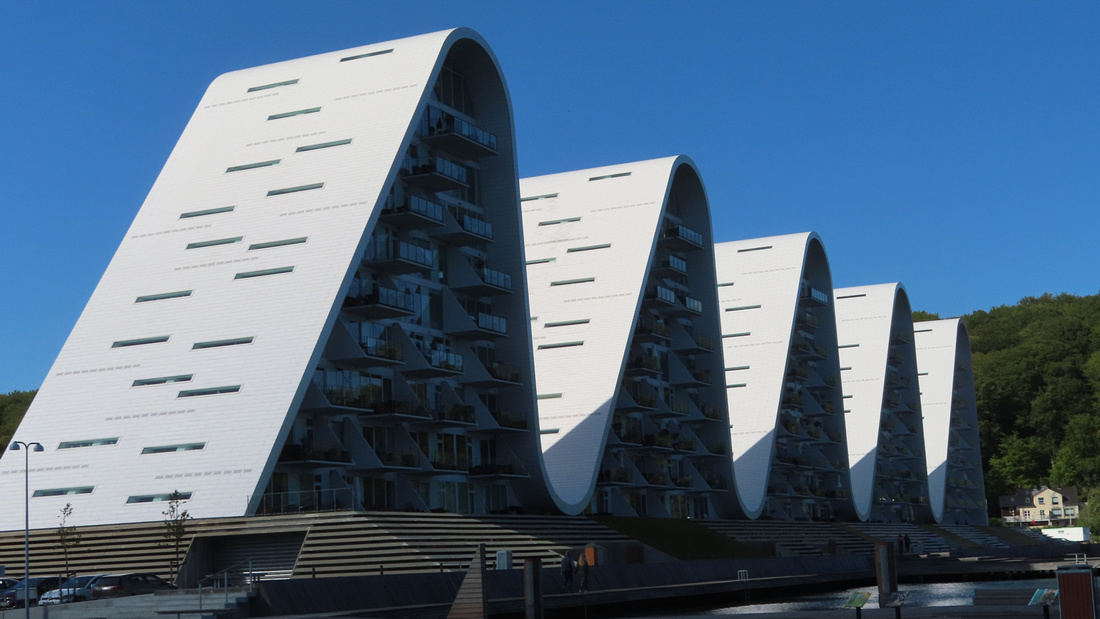 On Monday, we went to the nearby town to visit Vadehavscentret, an exhibition center and the Wadden Sea National Park, which is the largest, flattest and wettest in Denmark. Here you can experience and learn about the Wadden Sea and the migratory birds. 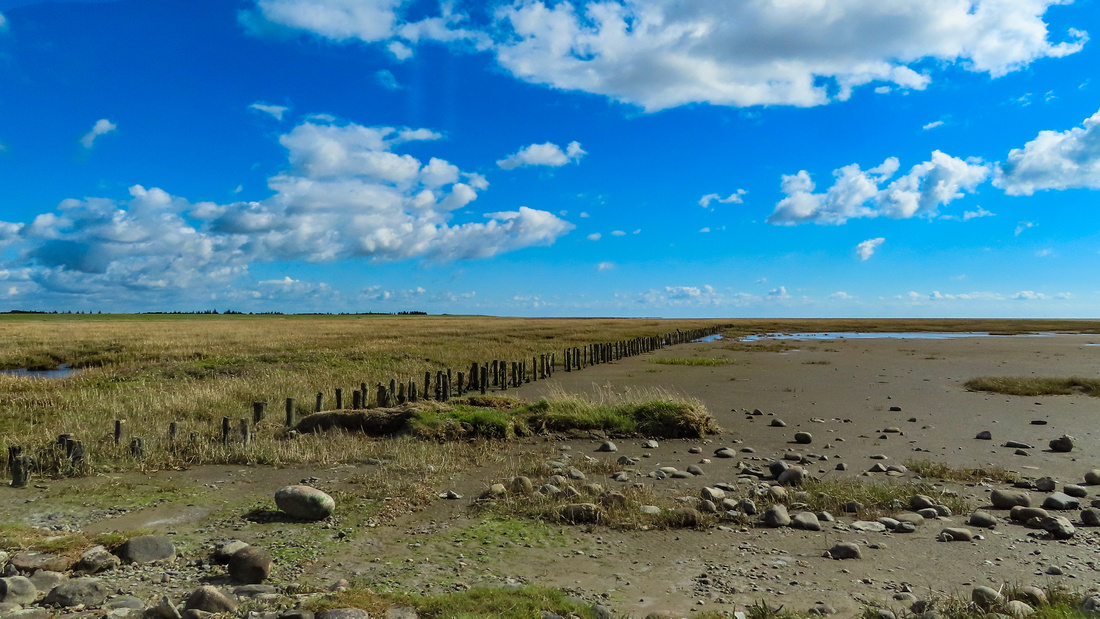 Low tide at the Wadden Sea

In the Wadden Sea up to 6.1 million birds can be present at the same time, and an average of 10 to 12 million birds pass through it each year. The area has a lot of food and nutrition for the birds that are preparing themselves for a long journey ahead. Some fly for days without stopping. The mudflats cover a stretch of 500 km along the coast of Denmark, Germany and the Netherlands and is a UNESCO heritage. 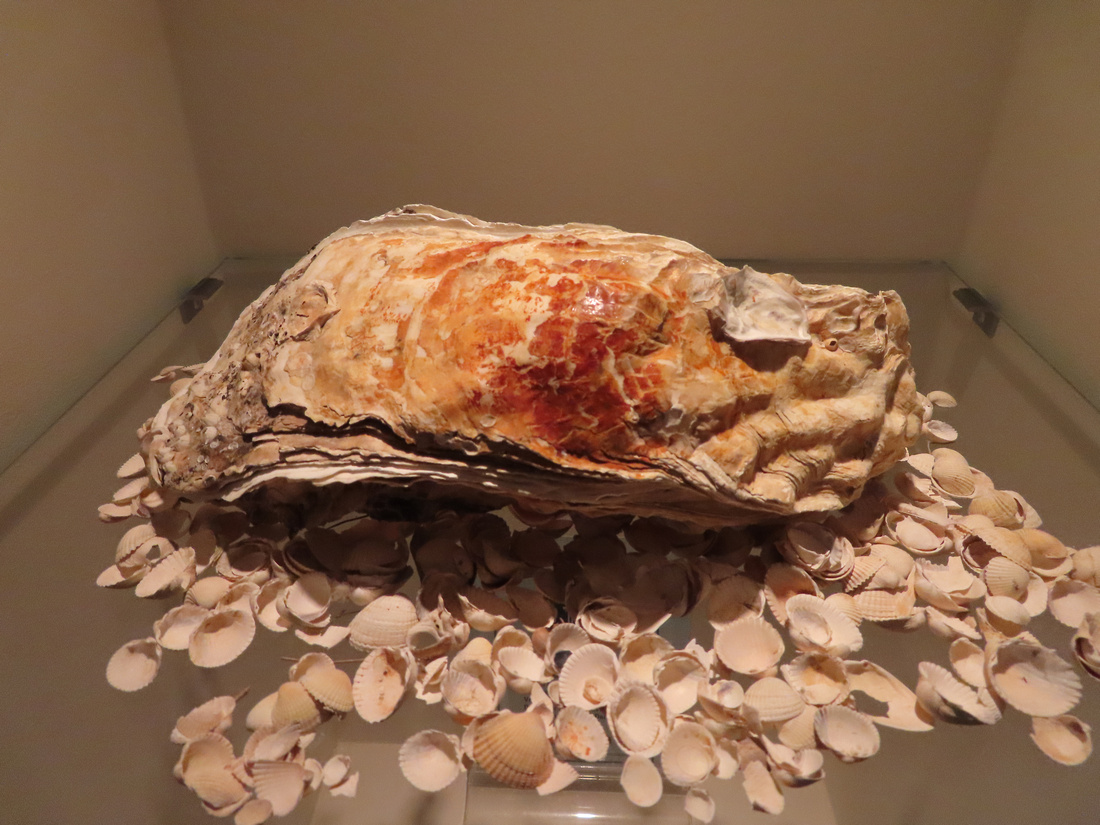 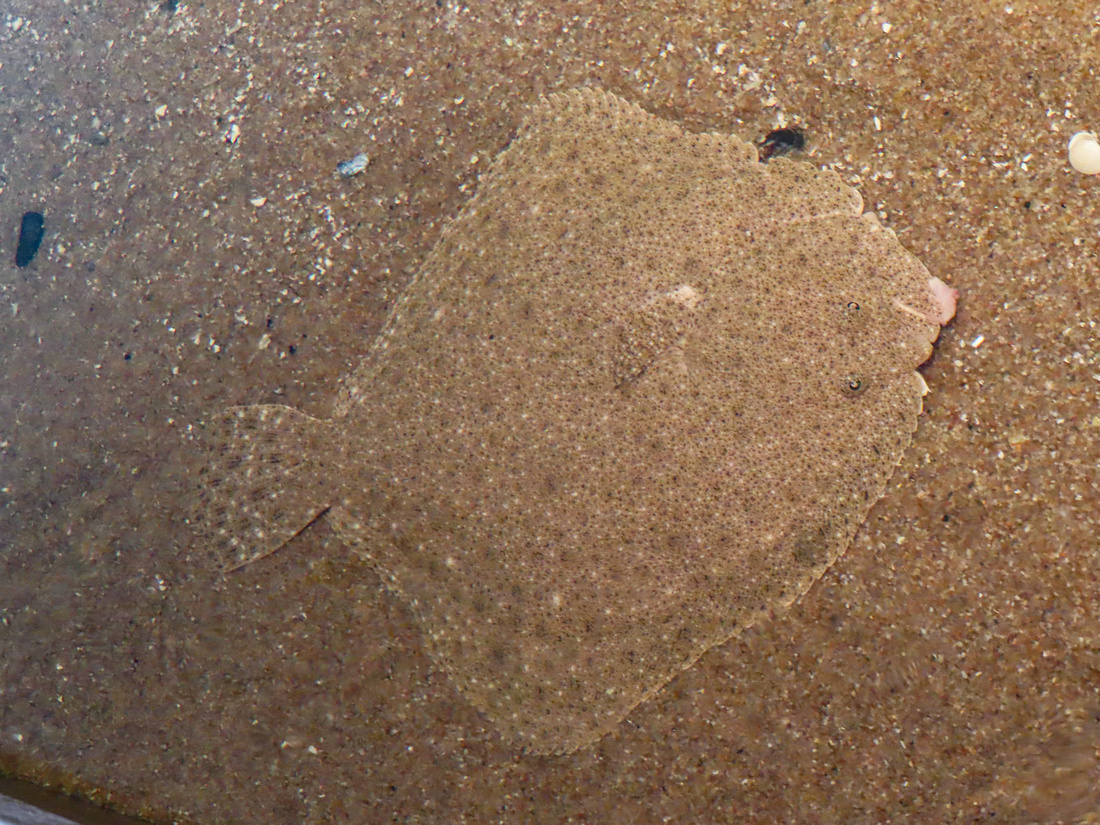 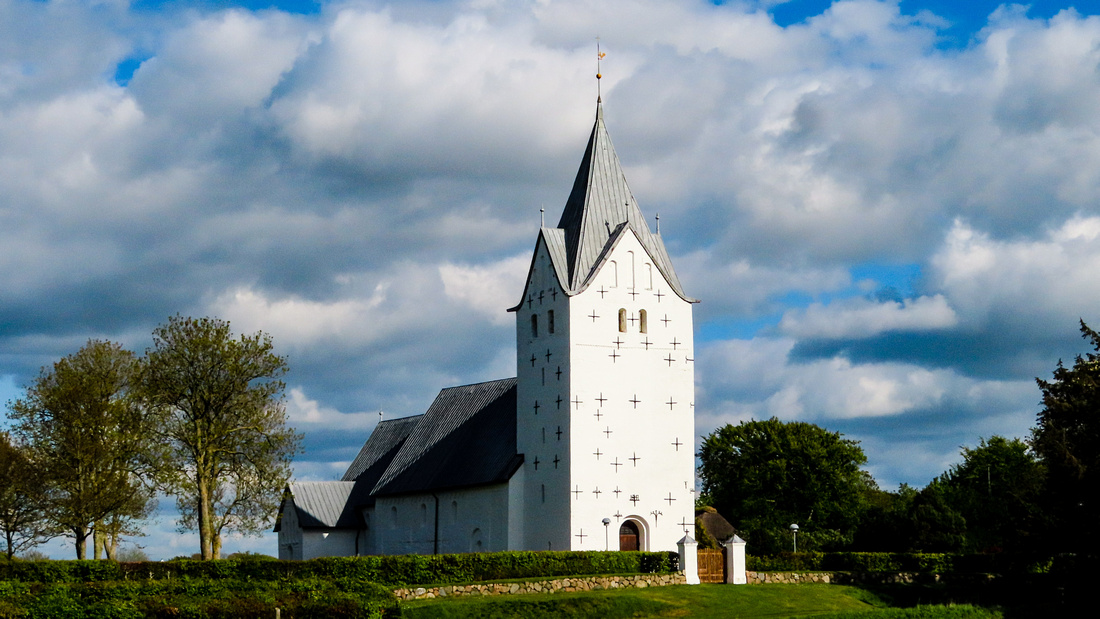 The Church in Vester Vedsted

On the way back, we stopped by the historic town of Ribe. Founded in the year 700 CE by the Vikings, it is Denmark’s oldest town.  Today, with a population of 8,168, it is a quiet town outside of tourist season. 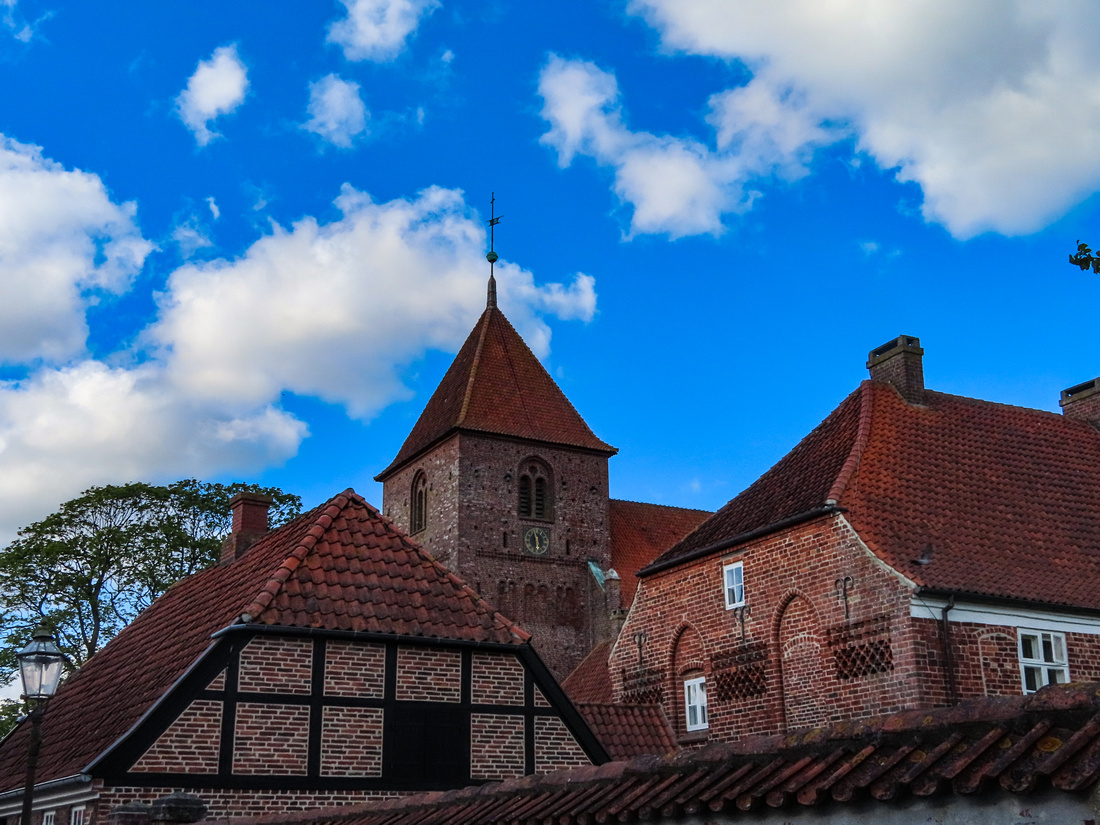 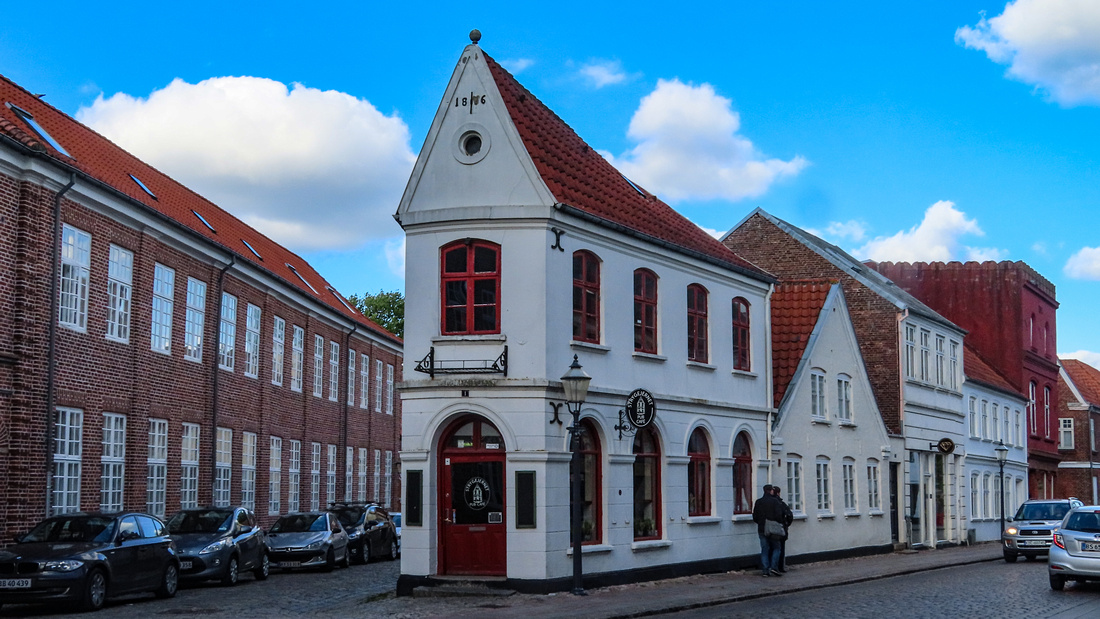 In Esbjerg, we got to see the giant statues “Man Meets the Sea” by Svend Wiig Hansen which was made for the 100-year celebration as an independent municipality in 1994. 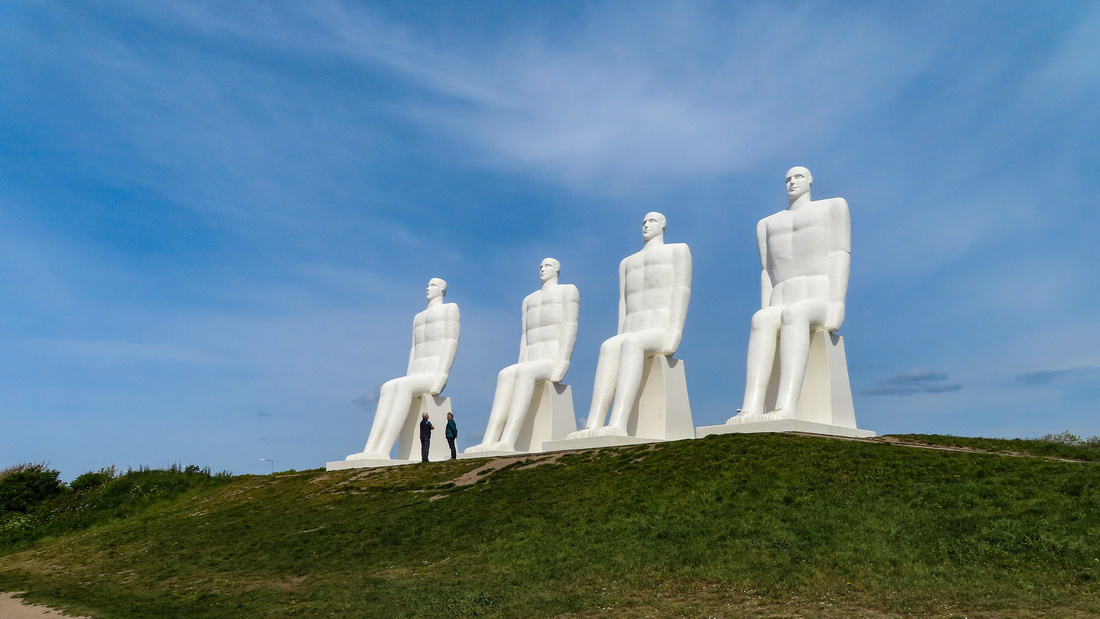 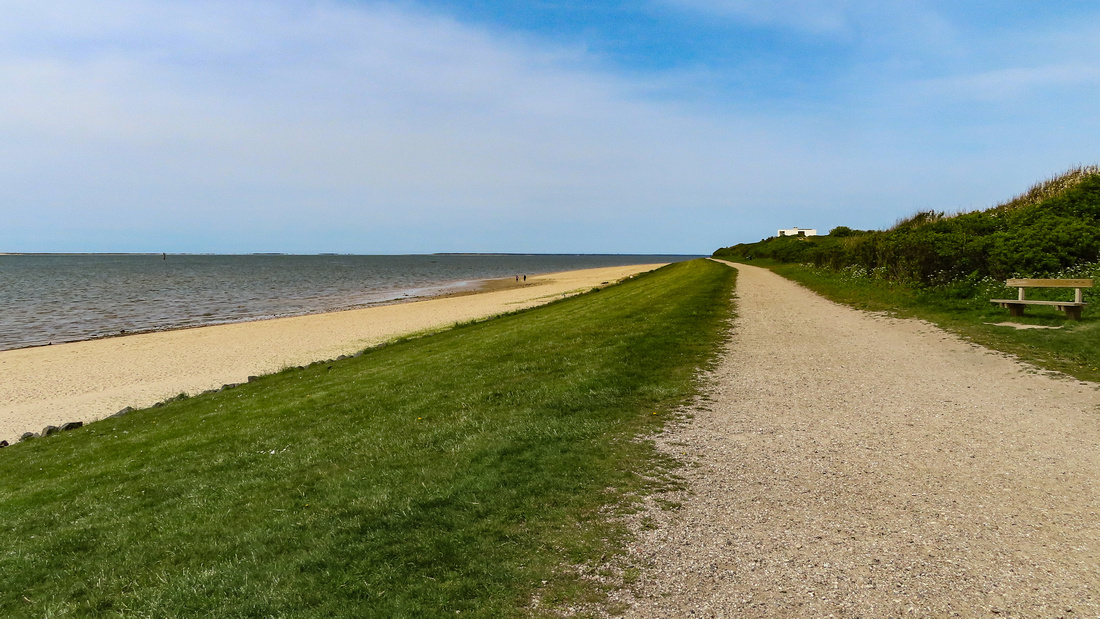 Then we took the 12 minutes ferry ride to Fanø Island. The island is 16 km (9.9 miles) long and 5 km (3.1 miles) wide. We made a couple of stops to explore and walk around the dunes. It’s fairly flat and dry landscape with lots of grassland and pines. With the springtime, the wildflowers were everywhere. The cuckoo birds surrounded us with their callings and one even flew right in front of our eyes so close we could have touched it. 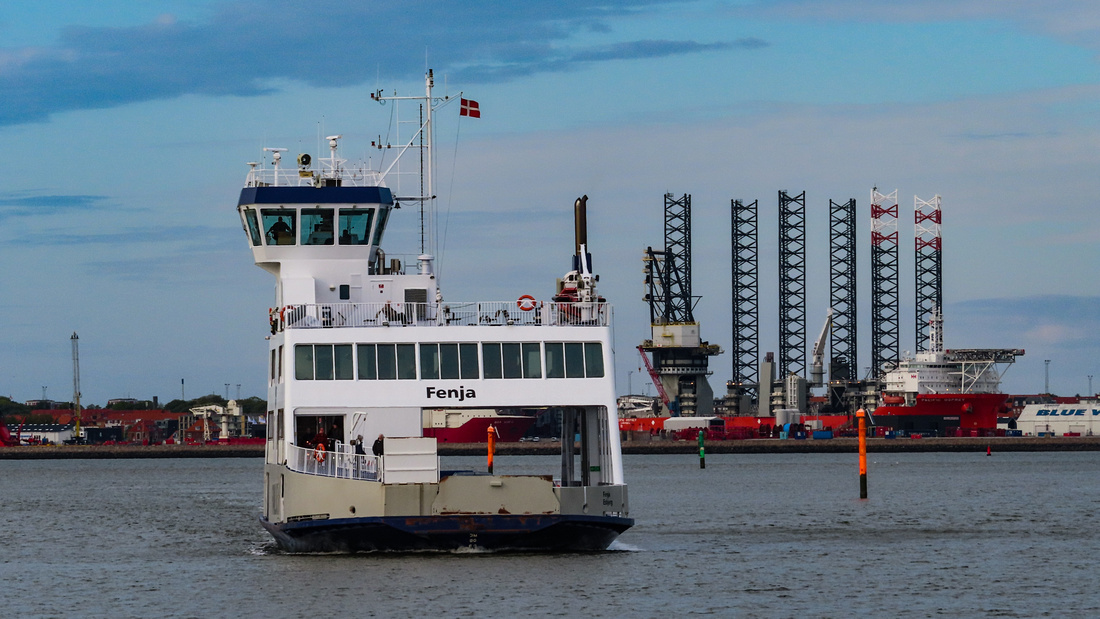 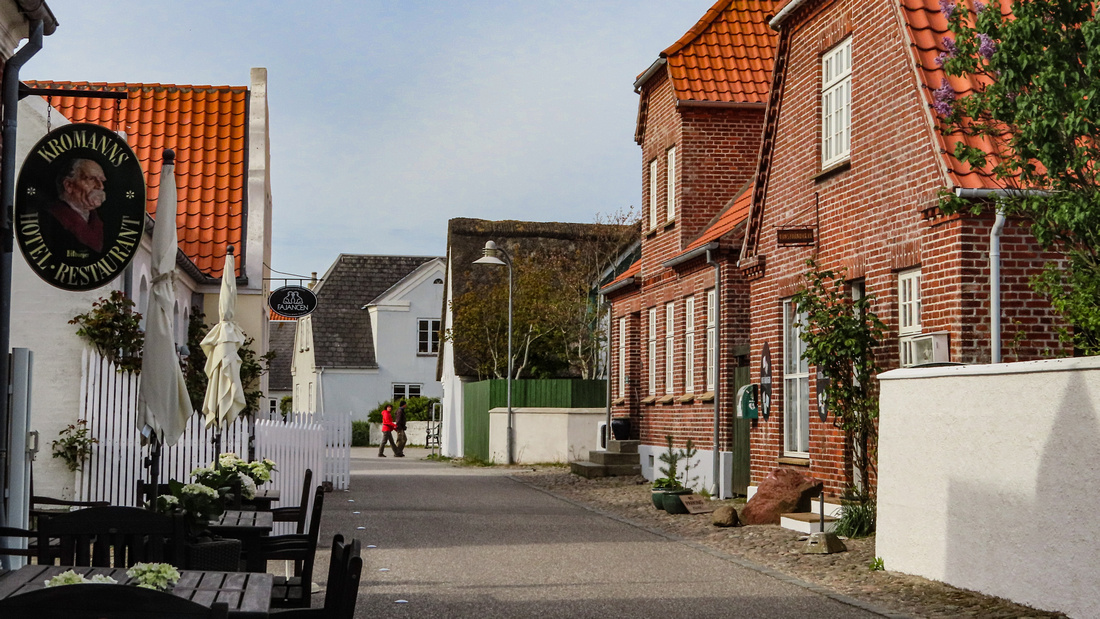 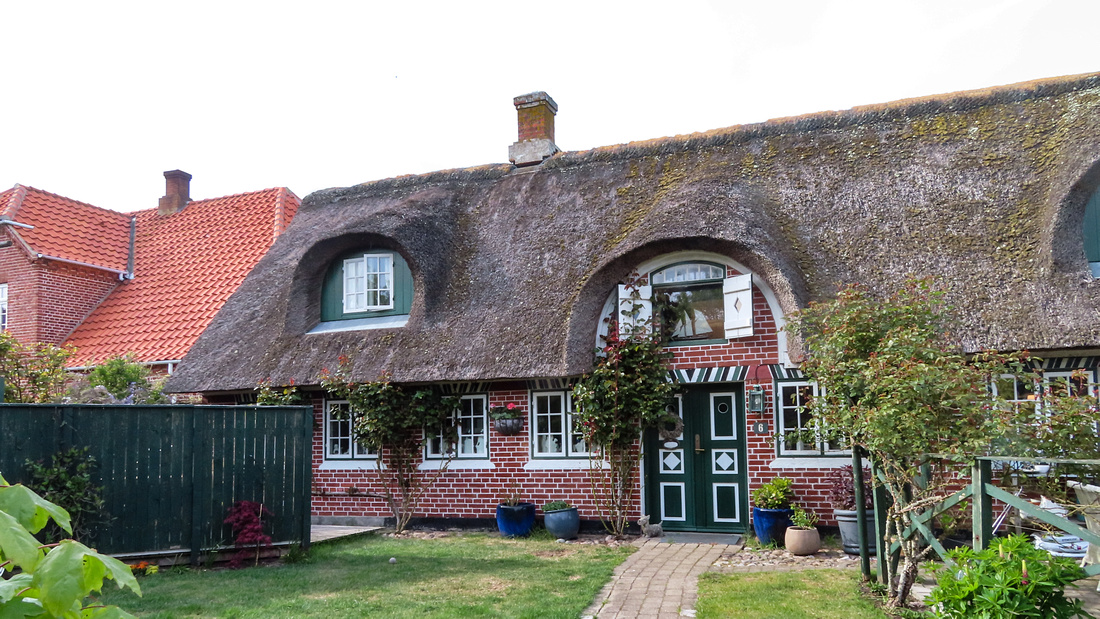 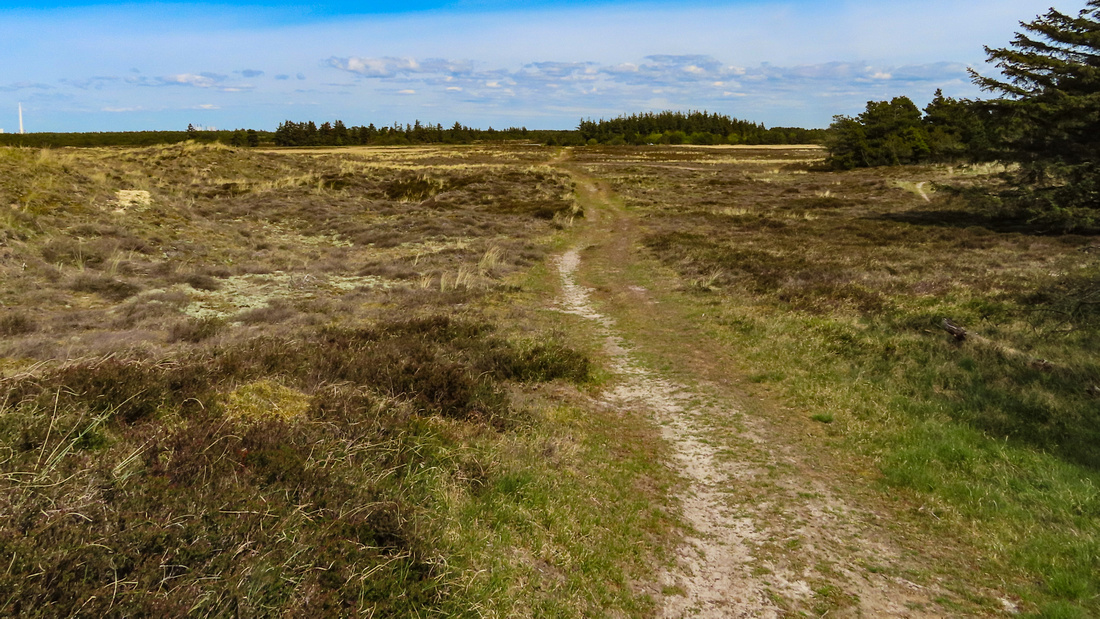 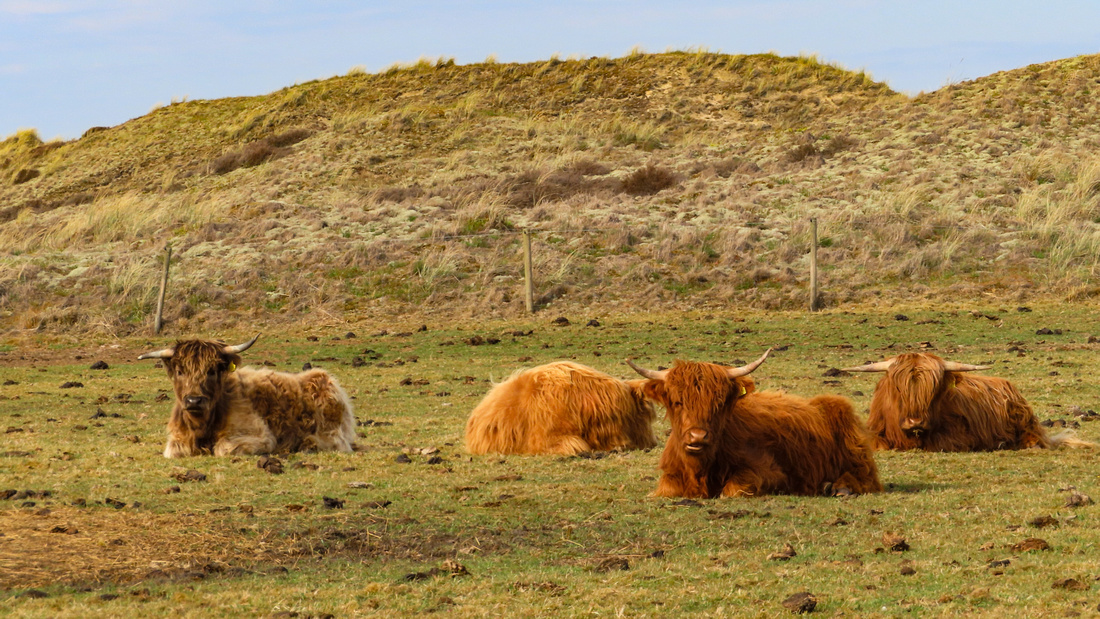 We took a little break in Sønderho, cute little town with traditional straw roofs, before making our way back to Nordby to catch a ferry to mainland. 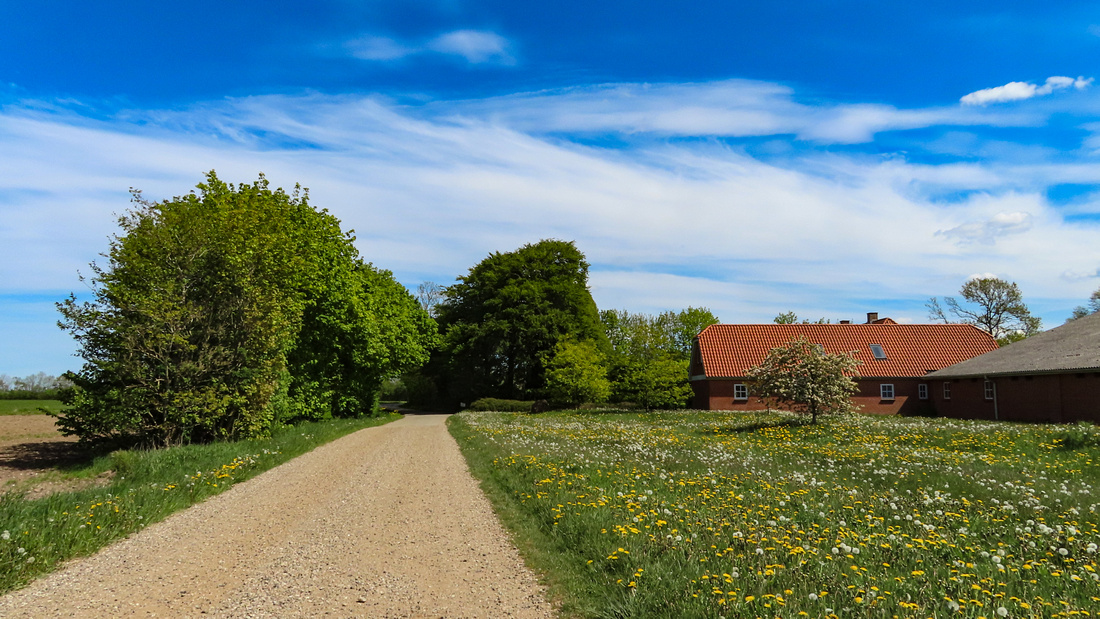 The rest of our days before heading to Germany, we walked around the village and the fields.

Wind through the field

* Mousse over image to see captions

Allison Mudrick(non-registered)
Vanessa, you and Soren are absolutely amazing! I love traveling with you even though I'm sitting at my computer scrolling through gorgeous pictures. Thank you for sharing your wonderful adventures with us.
David(non-registered)
Lovely pics as always... especially delighted by the flounder pic! Also rapeseed looks lovely, I know that's what canola oil is made from, but I'd never seen a picture of it. And I didn't realize that you can drive from Sweden to Denmark, but after consulting a map I see there is a very long bridge between Malmo and Copenhagen. I always learn new things from your adventures! Now all you need to do is post some pics of the huge smorgasbord meals you've been having, and my hunger will be satisfied ;-)
Raynette(non-registered)
There’s never enough photos! Soooooooooooooo beautiful. What do I love most? Everything! I love the video. So cool. Aaaaaaah! Makes me feel so relaxed like I should take a nap.
No comments posted.
Loading...
Recent Posts
Sun sets on our travels! Sayonara Japan Along the Seto Inland Sea, Japan Osaka, Japan A week in Taiwan Vietnam - Hanoi & Tam Coc Thailand, the land of smiles Midsummer in Sweden Buenos Bergen, Norway Baustelle & Stau - Road Trip to Germany
Keywords
Argentina Sweden Osaka Buenos Aires Chile Asuka Danjiri Fushimi-Inari Kendo Kofun
Archive
January February March April May June July August September October November December
© Terralinda
Powered by ZENFOLIO User Agreement
Cancel
Continue